Bringing a Stalled California City to Life: How 3D Models Move It Forward 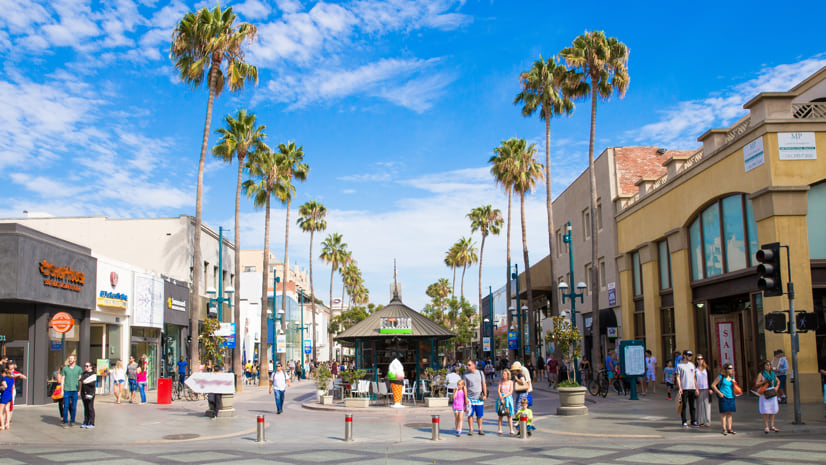 The City of Colton uses advanced location software to guide the creation of its Hub City Centre.

At a crucible moment in its economic development, the City of Colton, California, had to choose between more warehouses, or more livability. Home to 54,000 people and a critical railroad hub 50 miles east of Los Angeles, Colton lacked housing to fit the lifestyles of its growing number of knowledge workers. But today the city aims to reimagine its future through the creation of Hub City Centre, a marketplace inspired by the vibrant mix of live, work, shop, and play amenities of Santa Monica’s Third Street Promenade (pictured at the top) to deliver commercial and residential growth.

For decades, a 130-year-old railroad bottleneck and an endangered species stalemate held back development in Colton, but in 2014 a 450-acre piece of land was finally freed up. Instead of following the trend of nearby cities and letting warehouses occupy the vacant space, Arthur Morgan, economic development manager for the City of Colton, turned to geographic information system (GIS) technology to map Colton’s transformation to a more livable, healthier city.

Morgan envisions multi-income housing and the famous “four Fs” for a successful city center—fun, food, fitness, and fashion—integrated with the acclaimed medical facilities of the Arrowhead Regional Medical Center and the new California University of Science and Medicine. Morgan’s team uses a GIS-driven digital twin of the city to plan and market the development of the Hub City Centre, sustaining the project’s momentum even through the pandemic.

“We know what we want, we know what we’re going after, and we can use GIS to tell the story to get businesses and developers to be a part of it,” Morgan said.

Though integral to the character and economy of the city, rail has long been a source of conflict in Colton. In 1883, to settle a right-of-way dispute between competing rail lines, a double track crossing was built in the heart of Colton. Trains could approach the crossing from all four directions, causing backups at the interchange, clogging traffic on the city’s roads, and contributing to air pollution due to idling locomotives.

Relieving the bottleneck proved precarious because even the slightest halt to the travel of freight could generate severe economic consequences. More than 40 percent of the goods that enter the United States travel through the Port of Los Angeles and the Port of Long Beach, and these goods then pass through Colton to be warehoused nearby or make their way farther inland.

A solution required mapping new tracks and constructing a flyover that allows the east-west Union Pacific line to travel above the north-south BNSF tracks. Completed in 2013, the Colton Crossing project created jobs and kick-started Colton’s economy after decades of stagnation.

When the trains no longer clogged the streets, the city began planning additional improvements. But there was another barrier to development in Colton. In 1993 the US Fish and Wildlife Service barred construction on over 450 acres of land due to the presence of an endangered native fly species. Survival of the Delhi Sands flower-loving fly is tied to the existence of undisturbed Delhi sand dunes, which are wind-shaped formations unique to the semiarid Inland Empire region.

GIS maps of Colton’s soil distribution helped the city formulate a plan to balance fly protection with economic growth, setting aside 50 acres of land most suitable for the fly while freeing up the rest for development. The habitat protection plan was approved in 2014, giving the city the green light to bring necessary development to Colton.

Alongside the mayor and other city leaders, Morgan hosted an open charette to discuss the Hub City Centre in its early planning phase. “We wanted to know from the stakeholders how they would like to see the balance of the area develop,” Morgan said.

It became clear that there was a demand for greater living options amid the severe housing crisis plaguing the state, the effects of skyrocketing home prices and limited housing supply reaching Colton.

Conveniently located near Los Angeles and Orange counties, and an hour drive to the beach, desert, or mountains, young families are increasingly moving to the inland counties of San Bernardino and Riverside. This population growth is coming into conflict with the region’s expanding warehouse presence.

In an effort to rebound from the economic crisis of 2007, many cities in the Inland Empire welcomed warehouses, which now occupy over a billion square feet of space in the region.

The undeveloped space in Colton was suitable for warehouses, a direction that could have brought instant lucrative contracts in for the city. Involving stakeholders in the planning process generated excitement for the land to instead become a community hub, an enthusiasm that energized Colton’s city council to pursue the Hub City Centre project.

Morgan’s team members knew they had to harness this shared vision to attract developers to Colton. Using the smart city planning software ArcGIS Urban, they built a 3D model of planned and existing development at the center, demonstrating how the mostly barren land could flourish into a lively community space. By creating a digital twin of Colton, the team could visualize the Hub City Centre plan with the proposed additions of housing, nature trails, restaurants, entertainment, parking, and other features.

The 3D model made its debut at the International Council of Shopping Centers (ICSC) conference, where Morgan incorporated the immersive tool in his pitch to retailers.

Developers who were previously disinterested in the site began to take notice. Morgan said, “One retailer rejected a site because they didn’t see anything happening. Then we made a presentation and showed them our 3D model. They signed on, and another retailer signed on that likes to coexist with them. The 3D model helped us take it to a whole new level. I could just feel the excitement.”

Housing, restaurants, and hotels have been added to Hub City Centre over the past few years, with no signs of slowing down. Morgan currently oversees construction while facilitating sales of the remaining land to developers. “This vision of Hub City Centre is not a plan that’s sitting on the shelf,” he said, “it’s being implemented.”

Morgan began working for the City of Colton in 2010 after successfully driving development in the cities of Redlands and Fresno. The Hub City Centre is unlike any project he’d taken on before, but Morgan had spent his entire career building relationships and experience, making him the right person for the job. Colton’s growth in 2020 would seem to be evidence of this.

“People wanted to know, ‘What did economic development do during the pandemic?’ Well, things moved forward,” Morgan said, “During 2020, businesses continued to open.”

Many local economies experienced significant loss during the pandemic, but Colton saw a $2 million revenue increase from sales and property tax.

After 42 years of working across California, Morgan plans to retire in October. “I’m leaving a good legacy, you might say. But I truly hope that somebody carries this torch once I pass it on,” he said.

Learn more about how GIS can help transform communities through smarter city planning. 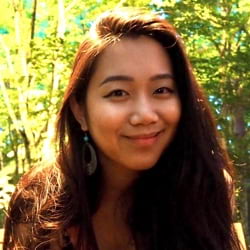 Judy Fung works to solve urban planning challenges as a solution engineer on Esri’s Smart Cities team where she applies ArcGIS Urban and other data-driven digital twin technologies. Her background applying GIS in environmental consulting, public health, transportation, and regional planning serves her well to help cities and regions design workflows for evidence-based urban and regional long-range planning, with an emphasis on spatial and scenario analysis. She holds a Master’s degree in Urban and Environmental Policy and Planning from Tufts University and a Bachelor of Social Science in Geography from Hong Kong Baptist University.