Trees provide many valuable services to Austin residents, and now the city is working to spread the benefits widely and equitably.

In Austin, Texas, like many places, the numbers of trees in neighborhoods mark a divide of race and income.

For Austin, the correlation can be seen in tree canopy maps that city staff have overlaid with demographics and other data using a geographic information system (GIS). In west Austin—the area west of Interstate 35—tree canopy covers 78 percent of the land. In east Austin, tree canopy covers only 22 percent.

“It’s really interesting that Interstate 35 is also a dividing line for ecoregions,” said Alan Halter, a senior GIS analyst with the City of Austin. “If you go west, you get into the Hill Country, with a lot more tree cover, but east Austin hasn’t historically supported as many trees. And when you look at who lives where throughout Austin’s history, communities of color have resided in east Austin.”

Inequity in Numbers of Trees

In 1928, Austin’s Master Plan (a term no longer used due to its racial connotations) relegated the city’s Black communities to a district east of present-day Interstate 35. Redlining made it nearly impossible for residents to move, while it placed fewer restrictions on white residents to purchase homes in Austin’s heavier-canopied parts of town.

The 1950s locked in environmental injustices, when the planning commission zoned all east Austin property as “industrial,” affecting nearby residents with the area’s lower air quality, higher temperatures due to a lack of tree cover, and other health-related issues.

This common pattern is found throughout the world—the prevailing winds, blowing west to east, bring pollution to the eastern parts of town.

When Halter first mapped Austin’s trees, he was focused on the city council’s urban forest plan.

“I created the first Community Tree Priority map back in 2015, and it was really tree-planting oriented—to figure out where to plant trees,” Halter said. “At that time, equity was a consideration but wasn’t really a main focus. We were mostly looking at where tree canopy existed and didn’t exist, with the idea to increase shade across town and get trees where they’re not currently located.”

As Halter added layers of data to the map, he saw the relationship between socially vulnerable neighborhoods and areas with minimal trees. In the wake of Black Lives Matter protests, equity became a strong focus of the Austin Community Climate Plan, so the map needed to change.

“We released an update in 2020 with equity as the driving force,” Halter said. “We’re now looking at tree planting to achieve positive outcomes for people, such as improved public health; reduced heat-island effects; and, of course, addressing climate change, because it’s related to everything.”

To understand the impacts of having fewer trees, the city participated in an urban heat island mapping project coordinated by the federal government’s National Integrated Heat Health Information System, a collaboration between the National Oceanic and Atmospheric Administration (NOAA) and the Centers for Disease Control and Prevention (CDC).

“Volunteers drove different routes in their cars with fancy devices poking out of their windows that recorded temperatures every few seconds,” Halter said. “Using GIS, we could extrapolate temperature readings on a larger scale to see what heat looks like around town and compare it to tree canopy.”

The result was an interactive web map showing that morning temperatures were higher in dense urban areas close to the city center than in other areas. Results exposed how concrete structures that absorb solar heat in the day and radiate it at night can be seven degrees hotter than outlying areas in the day and five degrees hotter at night. Strategies to mitigate the effects of urban heat islands include white roofs; more crosswalks so that people don’t have to walk as far; more bus shelters; and, of course, more trees.

The Effect of Trees on the Lives of Residents

Trees create fresh air while also cleaning some pollutants. The greenery is appealing, which draws people outside where they can move around and be more social. A recent study even found that street trees are present where fewer people take medications to deal with depression. Trees also actively cool areas in a process that’s similar to perspiration.

“The scientific term is evapotranspiration,” Halter says. “I noticed it on a superhot day in July at midday, and suddenly these trees started to cry or sweat, as if it was raining. The trees are taking up water from the ground, then it goes up to the leaves, and then the tree rains on itself and the water goes back into the soil. It’s kind of a breathing, liquid-to-gas process.”

This analogy is fitting, since forests are often called the lungs of the earth, but most people don’t experience the process so directly.

“Trees cool the environment—you can actually feel it,” Halter said.

This measurable benefit is often referred to as an ecosystem service.

Trees also help protect areas from increasingly severe storms—especially important in a place like Austin, which experiences frequent cycles of drought and flooding. Tree roots draw in rainwater and keep the soil from washing away. The leafy limbs slow heavy raindrops before they hit the ground, so the soil is less prone to erosion.

In 2014, the US Forest Service (USFS) conducted an inventory of trees in Austin to help understand tree canopy in detail and also assess the carbon sequestration capacity of trees.

USFS analysts determined that in Austin, there are currently 33.8 million trees, which store about 1.9 million tons of carbon dioxide. Researchers found that every year, the trees remove about 92,000 tons of carbon as well as 1,253 tons of air pollutants, and reduce residential energy costs by $18.9 million.

The inventory included a species review, finding that the most common trees are Ashe juniper, cedar elm, live oak, sugarberry, and Texas persimmon.

Like all urban-forestry specialists, Halter and his colleagues in Austin have a difficult management task dealing with weather and infestations. Oak wilt, a fungal disease that is spread by beetles and gets into the root system, can be spread from tree to tree underground. The emerald ash borer is a nonnative pest that hasn’t hit yet, but Austin is getting ready because once it’s present, it typically wipes out the entire ash tree population.

“We don’t yet know the impact climate change will have on pests like borers or the fungus causing oak wilt, but we can expect things to get worse with a rise in temperature, which increases the stress on trees,” Halter said. “We have tree doctors that go out and give shots to the trees for things like oak wilt, but it’s really tough for trees to respond and survive if they’re not getting enough water to begin with.”

According to Austin’s climate plan, the city “recognizes historical and structural disparities and a need for alleviation of these wrongs by critically transforming its institutions and creating a culture of equity.” The city gives away free trees every year, but it has only recently examined—from an equity perspective—where those trees have been planted.

“We have to look at who has the means to drive across town on a Saturday to pick up trees,” Halter said. So trees are now offered at giveaway events located in previously underserved neighborhoods. “With canopy mapping, we can assess it and show people, through the data, what that looks like. And the community tree priority map—with scoring metrics to show areas of higher need—focuses our grant funding and a lot of tree planting.”

To help with this work and greater community outreach, the city has established the Youth Forest Council.

“And that is at the heart of our plan. We are preserving existing trees and planting new trees, where trees are most needed.” Armed with the understanding that trees and shade improve health, Los Angeles works with partners to plant new trees equitably. 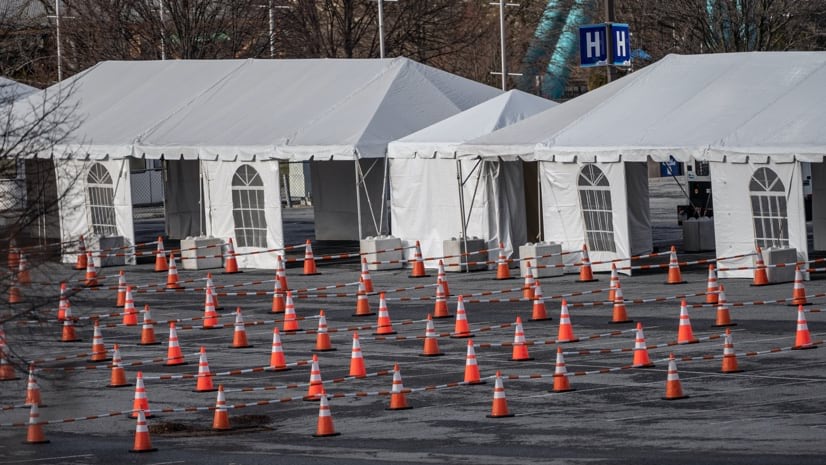 In Pennsylvania, Kansas, and Montana, local authorities turn to GIS to plan vaccine distribution and to be transparent about who they prioritize. 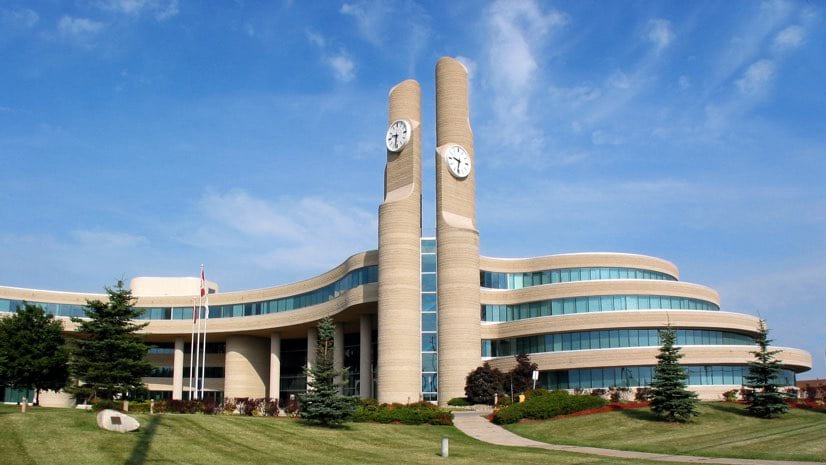 York Region has parlayed advancements in data sharing to power advanced analytics that focus on improving services for every resident.