Himalayan farmers depend on South Asia’s monsoon season to drench crops and ensure their livelihood. But these storms can quickly turn from downpour to disaster. Jagged mountain ranges magnify the forces of wind and water, making the region particularly vulnerable. The International Centre for Integrated Mountain Development (ICIMOD) uses location intelligence to study weather threats and warn local communities when they are in danger.

ICIMOD delivers its data to its regional member countries—Afghanistan, Bangladesh, Bhutan, China, India, Myanmar, Nepal, and Pakistan—that share the Hindu Kush Himalayan (HKH) region. Floods have occurred more regularly in the region, and given increasing populations, these disruptions make the residents more vulnerable with each compounding storm. Between 2013 and 2017, when three monsoons flooded the Himalayas, ICIMOD was able to inform and warn residents, giving them time to prepare.

Location-based technology underpins the organization’s flood warning capability. During the recent floods, ICIMOD used its technology to provide maps, data, and expert recommendations. It also issued real-time alerts through an early warning system operating in two areas prone to flash flooding—Assam, India and Koshi, Nepal. Community observers use a network of transmitters to alert downstream communities when the waters rise.

Many of the villages that received alerts had a seven-hour lead-time before the flood hit. That allowed residents to get out of harm’s way with their livestock and other vital items, giving them enough resilience to bounce back from a devastating storm.

In the past, disaster management focused on response and relief. As location technology evolves, it makes more types of analysis possible—analysis that mitigates and reduces risk. Now ICIMOD is working to provide people with real-time warnings and disaster preparedness planning.

The organization applies location intelligence software and professional support from Esri to produce large-scale maps that integrate data on natural resources, lifestyle, and economic factors. These maps show details such as precise watershed boundaries for each Himalayan village, so locals can avoid building houses in high-risk areas.

On the ground, ICIMOD works with local communities and officials to show how these maps can help estimate loss and damage, and address infrastructure needs. It also uses the data to create scenario assessments for future community planning. Over time, the maps and data help chart monsoon flood progressions and patterns.

At the regional level, ICIMOD uses location technology to examine agricultural land and methods. It deploys all of its map-enabled applications through the  Mountain Geoportal, which aggregates many data sets related to sustainable development.

“We have been active in creating land cover maps for different countries of the Hindu Kush,” Pradhan said. “We created these datasets for 1990, 2000, and 2010. This allowed us to build a visualization application to see changes in forests, agriculture, and other land cover types.”

Gathering and Sharing Data and Knowledge

SERVIR provides access to Earth observing satellite data and helps developing countries manage land use and climate risks. For the past decade, the SERVIR network has worked in 45+ countries with 250+ institutions. As a result, data products such as maps and analysis, are helping decision makers act on climate-sensitive issues including food security, water resources, land-use change, and natural disasters.

“The WFP needed to know the exact inundation areas so they could reach affected villages faster,” Pradhan said. “Through a mapping interface and by providing corresponding datasets, we helped WFP Nepal and other national agencies distribute food and aid.”

“Our maps visually defined each district and allowed all stakeholders to calculate the number of people that would need sustained aid,” Pradhan said.

It’s not easy to develop and maintain land in the rugged, remote Himalayan region. Data in the HKH region was often old, siloed, and inaccessible. And, mountains—particularly the tallest mountains in the world—aren’t the most conducive environments to conduct land surveys.

At its creation more than 30 years ago, ICIMOD set out to promote regional database sharing, development, and standardization. The goal was to facilitate collaboration across governments and with external agencies. Staff used satellite and remotely-sensed imagery along with earth science data from the European Space Agency, NASA, and other organizations. They created an open platform to share data and processes with all partners.

By coordinating with large international agencies, ICIMOD pioneered a visual representation of the Himalayas. Theses maps and datasets turned out to be the most complete depiction of the earth’s tallest mountain range and the people who live there.

“Incorporating external data in a single platform bridges the gaps in data,” Pradhan said. “It also gives us the ability to assemble spatial information on land use with socioeconomic information, which gives us a better understanding of the populations we serve.”

Learn how GIS is used for disaster preparedness and see examples of flooding response around the world.

The concept of a ‘Digital Earth’ has inspired citizens, scientists, policy-makers, academics and businesses from around the world to work toward creating a truly global network of systems to share information on issues critical to planet Earth. The concept of ‘Digital Earth’ is built on the idea that individuals, local communities, national, and international agencies can share environmental, scientific and spatial information seamlessly, freely, and in near-real time. It’s only now, with developments in technology and geographic information systems (GIS), that many organizations, large and small, are organically creating that very ‘nervous system’ for the Earth. This three-part series highlights organizations in the Asia-Pacific region, from small environmental conservation groups in New Zealand to international agencies such as the United Nations, that are using spatial technology to realize this global vision of interconnectivity, collaboration and shared understanding.

Connecting traps to maps provides a tactical advantage for conservationists in their battle against New Zealand’s predators.

Mapping provides the needed situational awareness to combat poaching in a conflict-torn region of Africa. 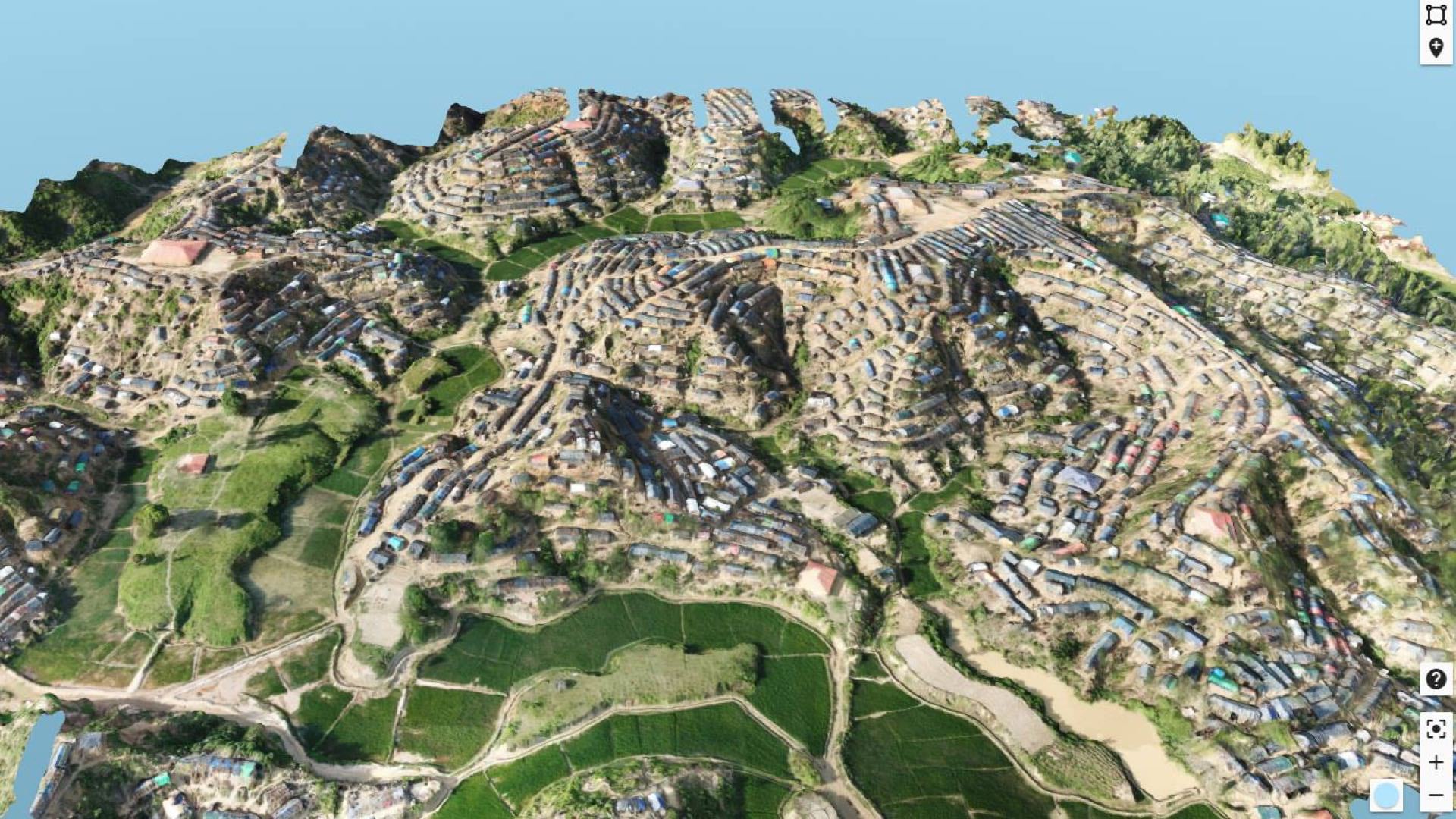