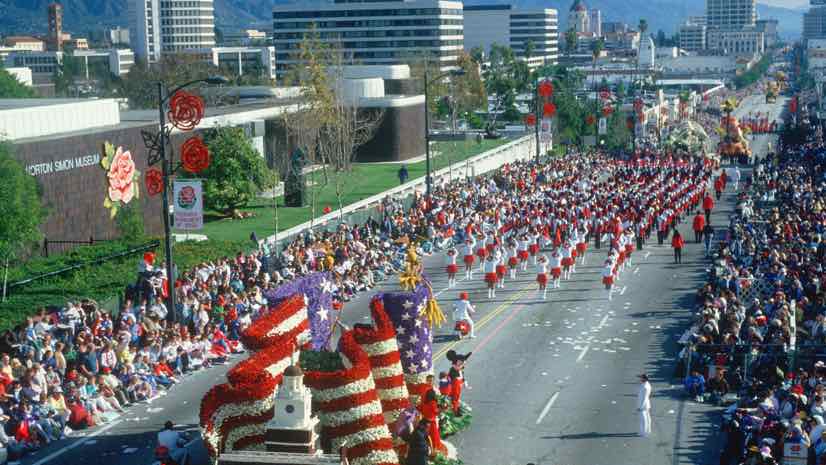 More than 76 million people all over the world watched the annual Rose Parade live broadcast from Pasadena, California on New Year’s Day this year. Crowds along the city’s Colorado Boulevard numbered around 700,000 people—all lining curbs, anticipating the elaborately decorated flower-covered floats. As hundreds of parade walkers, marching bands, and equestrians stood ready to start down the five-and-a-half-mile parade route, most didn’t know that the parade could be called off due to weather. Wind was threatening the safety of the Rose Parade and authorities were on high alert.

Pasadena was hit hard by high winds in 2011 with more than 450 downed trees and power outages across the city. In the past, strong winds have fanned devastating California wildfires.

Ten minutes before the start of this year’s parade, the Pasadena Fire Department kept close watch on a live dashboard view of weather and CCTV camera feeds. Onsite representatives from the National Oceanic and Atmospheric Administration (NOAA) helped with weather forecasting. This expertise, along with real-time awareness of personnel and assets from the live dashboard, empowered authorities to decide that the parade could go on.

“We don’t want to stop the event,” said Pasadena Fire Chief Bertral Washington. “The ability to monitor the wind along with other data points was very helpful and made the difference in our decision making.”

Since the Rose Parade debuted in 1890 as part of the Pasadena Tournament of Roses, it has become a community staple. Celebrated by locals, surrounding cities, and, in more recent years a global television audience, the Pasadena Tournament of Roses brands itself “America’s New Year Celebration.” The parade is followed by the Rose Bowl, a well-known college football bowl game that caps the season.

Many Pasadena city departments and planning committees come together to help the event succeed. With a large number of attendees and the world watching, safety is one of the highest priorities.

“For the past four years we’ve been working on utilizing technology to give us the up-to-date information that we need to make decisions that are going to impact safety,” Washington said.

Months prior to the parade, Pasadena Fire Department officials looked at plans for the floats, routes the floats would take, where crowds would be directed, how people would be seated, and more. Strongly focused on safety, Washington and his team decided they needed to integrate real-time awareness at the event. More information would give them more options.

Using a real-time geographic information system (GIS), public safety officers can see data from sensors on parade floats, handheld devices given to personnel, and social media feeds. Real-time visualization of these feeds on a shared map means the progress of floats can be tracked along the route, potential dangers are easier to identify, and hazardous weather becomes visible with up-to-the-moment understanding.

Because wind has caused the parade to be stopped for safety in the past, the night before this year’s parade the fire department had to wrestle with the possibility that wind could spread fires sparked by blowing embers from nearby campfires.

“A lot of people come in the day before the parade to camp and hold their spots,” said Oscar Sepulveda III, captain-paramedic with the City of Pasadena Fire Department. “The weather changed rapidly, the temperature dropped, and many campers started fires in contained fire pits to keep warm.”

Fires are allowed, but this year firefighters were concerned because of the high winds.

During the parade, Sepulveda used real-time awareness to track not only parade assets, but also fire department assets. His team could see medical incidents, such as parade goers experiencing heart problems or shortness of breath, and the location of personnel in order to send the closest team to each reported incident.

“The live map provided a greater depth of situational awareness than we’ve ever had,” Sepulveda said.

Because there are three events happening that day—the Rose Parade, post-parade festivities, and the Rose Bowl—the fire department moves resources to cover each event after one ends. With real-time awareness, they are able to see the progress of each event and keep tabs on personnel and assets at all times.

“In the past, we’ve only had information in paper format,” Sepulveda said. “We’ve had it rain on the parade before and you can imagine the frustration of a commander in charge of a sector having to make a decision while referencing something that’s getting wet and blurry.”

Now, commanders can easily access dashboards on phones or tablets and see current activity within the city. Having access to real-time information has helped get information to the right people at the right time. This real-time GIS builds on the city’s use of GIS across multiple departments for day-to-day public works and public safety operations as well as long-term planning.

During all of the Tournament of Roses activities, the Pasadena Fire Department looks to maintain the same speed of response across the city regardless of the activity at any of these large-scale events.

“We welcome this annual test of our level of preparedness and response,” Sepulveda said. “We’re always trying to raise the bar on our performance to ensure that everyone receives the same amount of care and support they would at any other time of year.”

The City of Pasadena has long used maps to communicate details about the parade route, but this is the first time the map went beyond a paper handout. Integrating parade route details within a GIS made real-time tracking to inform public safety response possible.

“In previous years, we only had paper maps and paper Incident Action Plans,” said Oscar Sepulveda III, captain-paramedic with the City of Pasadena Fire Department. “We were able to go from silos of information to an enterprise solution that delivered the information in a visually appealing format to make decisions on the fly.”

Prior to the parade, a drone captured imagery of the parade route and it was processed using Drone2Map for ArcGIS. Precise positions of assets of interest, such as grandstands and emergency response assets were captured with Collector for ArcGIS using a survey-grade GPS receiver. The drone imagery provided an up-to-date and high-resolution picture that was overlaid with the asset positions.

The Pasadena Fire Department used Tracker for ArcGIS to track parade float drivers and emergency personnel in real-time. Operations Dashboard for ArcGIS allowed it to display and share different views of live information at the Multi-Agency Coordination Center (MACC) and share that same live view with multiple fire chiefs and company officers in the field on an app.

“The amount of information available was eye-opening to them,” Sepulveda said. “Word spread and we were able to give additional people access to the application on their iPads on the day of the event.”

The application and dashboard views incorporated information about traffic plans as well as weather feeds and mentions of the event on social media provided by DataCapable. Any incidents logged by fire personnel were displayed by location and aggregated by type.

“Being able to track resources was tremendous in the sense that we could see where the incidents were, where gaps existed within our response zones, and where we needed to move up units or stand by and wait to see how incidents played out,” Sepulveda said. “The next steps for us are to integrate more data and personnel from the 20 individual agencies represented in the MACC.” 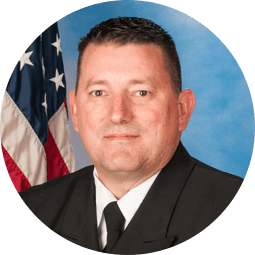