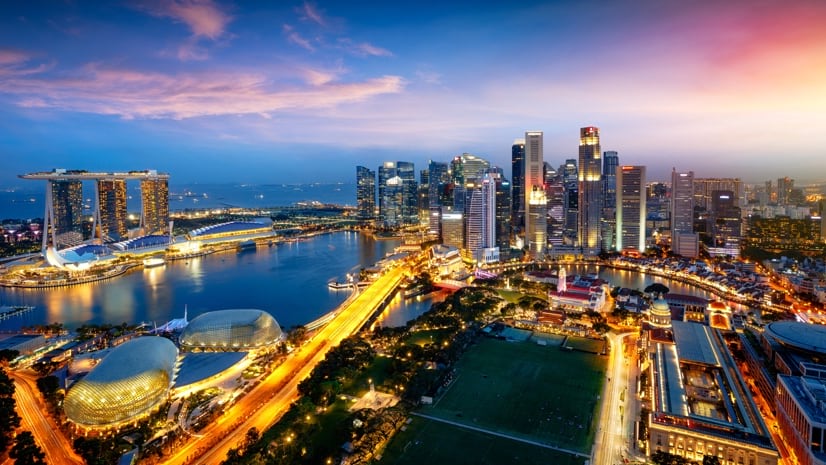 A massive spatial atlas of Singapore’s coastline is a crucial tool for officials and scientists to understand the impacts of climate change.

What the future holds for Singapore’s coastal areas is a matter of strategic global importance and local existential survival. The Port of Singapore, located where the Indian Ocean meets the Pacific, is the world’s largest and busiest transshipment point. Much of the island itself lies perilously just a few meters above sea level, making it particularly vulnerable to the effects of climate change.

Until recently, technological limitations have hampered abilities to map the ocean depths and address challenges like those faced by Singapore. But, since 2019, the Maritime and Port Authority (MPA) of Singapore has managed GeoSpace-Sea, a national marine spatial data infrastructure of Singapore’s coast and coastal waters. GeoSpace-Sea aims to bring clarity to this cartographic frontier, using a geographic information system (GIS) to assemble and display layers of maritime and marine data.

“The sea is a planet that has not yet been fully explored,” said Dr. Parry Oei, a hydrography advisor for MPA. “It’s quite mind-boggling how everything is linked to everything else.”

Oei is one of the prime movers behind the creation of GeoSpace-Sea. For scientists, GeoSpace-Sea is a way to understand how the world’s oceans are changing, and how these changes are impacting Singapore. For planners, GeoSpace-Sea is a way to anticipate these changes and make predictive analysis about how they will affect Singapore, using a shared repository of information. For port officials, the higher resolution data from the project will underpin operations, allowing them to see and consider the consequences of decisions, such as the impact of dredging on sea life.

Oei traces GeoSpace-Sea’s provenance to the late 1980s, when he was working in Hobart, Australia, as part of the Asia-Australia Project, a collaborative effort to understand the emerging signs of climate change.

It was during this time in Australia that Oei began to think about mapping the complexity of the ocean. Climate change would surely impact the oceans, and the oceans would in turn affect climate change.

The question was how to gather data—and what then to do with it. At that time, GIS was a niche technology used primarily by trained GIS experts. As this group did not generally include hydrographers, Oei found little enthusiasm for this use of GIS within Singapore’s government.

“Hydrographers are always the supporting actors,” he explained. “At the end of the movie when the credits roll, we’re the crew list. Sometimes it goes so fast you don’t even see your name.”

In the ensuing years, GIS became a cloud-based technology, intuitive enough for cross-discipline collaborations and robust enough to include all kinds of spatial data at all scales and without limits on data volumes. By the mid-2000s, as climate change became more of a pressing concern, and sea level rise posed an existential threat to Singapore, Oei’s idea gained momentum.

“For the longest time, we had been trying to make the case for using GIS for marine protection and to study the dynamic nature of the seabed, but the question was how to do it,” Oei said. “Climate change gave us the profile and attention we needed.”

Sea level rise is not the only climate change variable Singapore will experience. Intense storms will increase, causing storm surge and inland flooding.

As a marine geospatial knowledge repository, GeoSpace-Sea could increase understanding of extreme weather events. For instance, until recently it was assumed that water flow in the Singapore Strait was chiefly affected by the Northwest Monsoon, the period in winter and early spring when the Indian Ocean’s trapped heat lures cold air from the Himalayas. Scientists now believe the Southwest Monsoon—the summer season when winds blow moist air from the ocean toward the Himalayas—wields a stronger influence.

“The question will be how do we get rid of water when it floods and how do we prevent seawater from coming in,” Oei said. “I have no easy answers, but I do believe we need to monitor everything in the environment—weather patterns, temperature, sea level rise—because it’s all part of climate change.”

As GeoSpace-Sea continues to expand, Oei hopes to add more weather data, to further this holistic approach. The MPA also plan to make some of GeoSpace-Sea’s layers available to the public once sufficient cybersecurity protocols are established.

For now, GeoSpace-Sea is primarily useful as an unfolding historical document that lets researchers study past trends to predict future developments. Some datasets stretch back 20 years, and new data is added as it becomes available.

The next step is to increase the use of sensors and the IoT to have some of the data update in near-real time. “With modeling, there’s only so much you can do,” Oei said. “But if you integrate modern sensors, this truly becomes a digital twin and you become more proactive than reactive.”

The ocean is an immensely complicated system. As GeoSpace-Sea grows, the ability of scientists to accumulate knowledge will increase their understanding of this complexity.

The next phase of GeoSpace-Sea will introduce an AI aspect, using machine learning protocols to search for patterns and hotspots. As an example, Oei suggests that GeoSpace-Sea could help Singapore better understand the conditions that lead to red tide, when algal blooms wreak havoc on its coastal ecosystems.

“What makes AI so interesting is that it could uncover things we don’t know, but we honestly can’t say what it will show us,” Oei said.

The ultimate goal of GeoSpace-Sea, he explained, is to further scientific progress by gathering as much information as possible to address questions we may not have thought of yet. Understanding something as complex as how Singapore’s connection to the ocean is evolving requires technological sophistication, but also constant collaboration. “Alone, we can go fast,” Oei said. “But together we can go far.”

Learn more about how ports utilize GIS to gain a competitive advantage. 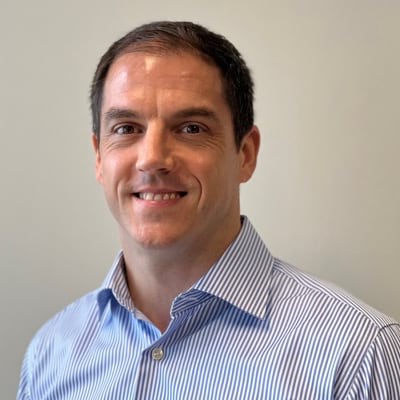 Chris Fowler works in the Esri Asia Pacific regional office in Singapore, providing strategic advice to geospatial authorities across the region. As a cartographer of hydrographic data for more than 14 years at the UK Hydrographic Office, he leverages his mapping and geospatial technology experience to help National Mapping and Charting agencies evolve to support their ever-changing needs and requirements. He has been working in the Asia Pacific region for more than 10 years.