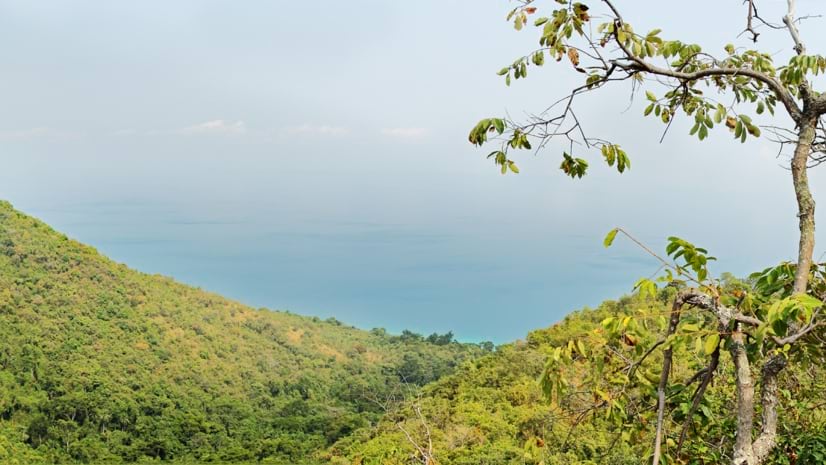 This is Part 2 of a series about JGI’s Tacare approach to community-led conservation, read part 1 here.

For the communities that weren’t convinced by the Jane Goodall Institute’s (JGI) initial approaches to sustainable participatory planning, 2005 was a turning point—one that would transform the institute itself.

That year, villages in the greater Gombe ecosystem started to experience an increase in landslides, flash floods, and stream erosion as the result of tree cover loss in their watersheds. Soon, with the help of a grant from US Agency for International Development (USAID), JGI was in more villages, discussing new land-use plans. JGI was equipped with new maps and aerial imagery—providing a wealth of geospatial information—and its Tacare methodology, which was based around listening, understanding, and adapting.

This would prove to be another pivotal moment in JGI’s 30-year effort to conserve chimpanzees. As the institute’s leaders and staff recount in Local Voices, Local Choices, a new book on the history of the Tacare (“take care”) program in Tanzania and beyond, conversations with community leaders, farmers, and other nongovernmental organizations (NGOs) exposed a range of challenges apart from deforestation—in agriculture, health care, social infrastructure, and water.

Rather than the tree planting efforts they had hoped could rebuild a forest corridor for chimps at Gombe National Park, Tacare teams took another approach and began to emphasize the regeneration of natural vegetation along with improved land management, including a reduction in cutting and increased fire control. JGI began investing more in helping communities develop new agricultural methods and even new economies.

Zooming out once again from JGI’s original focus on chimpanzees, George Strunden, the founder of the program, says it became clear that “alternative livelihoods are what reduce the unsustainable use of natural resources.”

This was a lesson that Tacare’s practitioners more or less stumbled into, not only as they learned from villagers on the ground but also as they struggled within the narrow frameworks of international funders. Don’t just focus on chimpanzees or trees; pay attention to the needs of the people.

“These surrounding communities are so complex, and with their problems, you cannot just focus on one issue,” says Dr. Deus Mjungu, a longtime JGI collaborator and the director of the Gombe Stream Research Center, in one Local Voices, Local Choices chapter. “Because if you do, say, community health, it fails to address other issues like access to water, schooling, and livelihood—to the point that it will even undo the work on community health that you are trying to achieve.”

In discussions with the villagers of Kitwe, the JGI team used maps to illustrate various scenarios. As an opener, Tacare team members mentioned that they had recently come from a village near the Burundi border, which everyone knew had no trees left. That sparked discussion about what could be done to prevent the same thing from happening in their village.

Team members had already regenerated some nearby forest, which they used to demonstrate how these forests would look after a few years. They showed how steep areas were not suitable for agriculture, and that if the villagers harvested those trees too early, the firewood yield would be low. Locals shared their own experiences in areas where forests were coming back.

Focusing on efforts with the most benefits to chimpanzees, JGI used high-resolution satellite imagery and GIS analysis to design a landscape conservation approach to preserve areas away from villages and on forest patches with the best forage. The conservation action plan identified and prioritized conservation strategies for chimpanzees, and through a seven-step process, a village land-use plan. JGI gathered years of geospatial data, including data about deforestation, historic distribution of chimpanzees and habitats, slope, footpaths, roads, streams, watersheds, and density of human structures. The goal was to determine areas around each village that, if protected, would substantially improve the livelihoods of chimpanzees and humans.

By the end of the project in 2009, 13 villages completed participatory village land-use plans, which voluntarily assigned 9,690 hectares, or 26 percent, of their village lands as village forest reserves. JGI says that since the program began, more than 500,000 hectares of new protected areas have been designated at the village and district levels across Tanzania, increasing the overall protection of the chimpanzee range there from 9 to 40 percent. The protected areas weave across village boundaries to minimize fragmentation.

Maps had long chronicled a history of devastation around Gombe, but eventually they came to reveal surprising progress. Emmanuel Mtiti, JGI’s Tanzania director, recalls when, in 2018, he could actually see the result of their combined efforts on a high-resolution satellite image.

“If we’d sent someone to take photos, I would have thought it was fake, that it was altered with [Adobe] Photoshop. But when I saw the satellite imagery showing the impact of what people had been doing, the impact of our conservation efforts, and the changes over the years—that was what really caught my attention.”

In recent years, JGI has partnered with the University of Maryland, Esri, and the National Aeronautics and Space Administration (NASA) to develop a decision support and alert system that uses artificial intelligence (AI) and over 30,000 Landsat satellite images to annually monitor and map habitat health of all great apes in Africa at 30-meter resolution. The satellite imagery combines with data collected on the ground with internet-connected smartphones, and apps like ArcGIS Survey123, to record progress and address environmental and human pressures. The system will help JGI increase the capacity of its existing work and support developing conservation actions across the chimpanzee range, including in Mali, Burundi, Cameroon, Gabon, Guinea, and Liberia.

“The GIS for the People”

Lilian Pintea, JGI’s vice president of conservation science, says that as critical as the digital technology is, Tacare-based planning ultimately relies just as much, if not more, on a far older kind of technology.

“I like to think of traditional leaders as the community GIS for the people, because they would integrate layers of knowledge of plants, animals, and other resources, and, through spirits and rituals, unlock that knowledge to guide community decisions and change people’s behavior,” Pintea says.

He remembers one meeting when a few villagers pointed out a private forest whose owners had been successful in restoration and protection, thanks to a few magical snakes. On a stroll through the forest, a local monitor, armed with a GPS-equipped smartphone and learnings from his great uncle, explained to Pintea how five puff adders helped protect the forest’s medicinal bark from poachers—in return for his offerings, a little bit of millet was laid out in front of their burrows. Pintea remembered that puff adders don’t eat grain, but their prey does, which keeps the snakes in the area.

“We’re still figuring this out,” Pintea says about bringing local knowledge into a cloud GIS, “but using both puff adders and smartphones—why not?”

Local knowledge may not have always been available to everyone, but “through traditional practices, it was connected to decision-making as part of the larger fabric of how that community lived and related to nature,” says Pintea, adding that, sadly, this precious knowledge is endangered, too, often by many of the same forces threatening the livelihoods of the chimpanzees.

Contrast this ecological knowledge, he says, with modern methods of decision-making and learning—medical school and various scientific disciplines. That specialization gives us unprecedented, in-depth understanding and knowledge and governance over individual disciplines and sectors.

“But the traditional leaders and the respect for plants, animals, and the shared environment are not there anymore to bring all this knowledge together and integrate it to inform wiser decisions. These key knowledge holders, along with the rituals, traditions, and practices helping us connect with each other and with larger ecosystems, are becoming a thing of the past.”

Integrating various kinds of precious knowledge together remains a critical challenge for anyone grappling with complex challenges, from NGOs like JGI to local governments. In one Local Voices, Local Choices chapter, Joseline Nyangoma, head of the Department of Natural Resources in Uganda’s Hoima district, laments how bureaucratic inertia—along with a lack of data standards, local resources, and capacities—keeps too much knowledge and data fragmented in different systems run by different institutions and NGOs, leaving much of the data’s potential untapped.

“One promise of GIS is bringing it all together, if we do it right, with the people of the place,” Pintea says. “Different layers of information that have become segmented can be unlocked and organized into one pool of knowledge to achieve wiser decisions.”

In that way, it could be like a digital version of a traditional holistic knowledge keeper, helping to keep the whole planet in view. It’s a system, says Pintea, “not only to help us connect, understand, and make sense of the world but also to repair our relationship with it.” For Tacare’s growing numbers of local participants, the map can be a powerful way to not only describe the landscape but also imagine what it could be.

Read the first installment about how Tacare, the global community-led conservation movement, started with a map. Learn more about how GIS helps achieve sustainable conservation with the power of geography.