Virginia Ahead of Curve on Prioritizing Infrastructure Projects 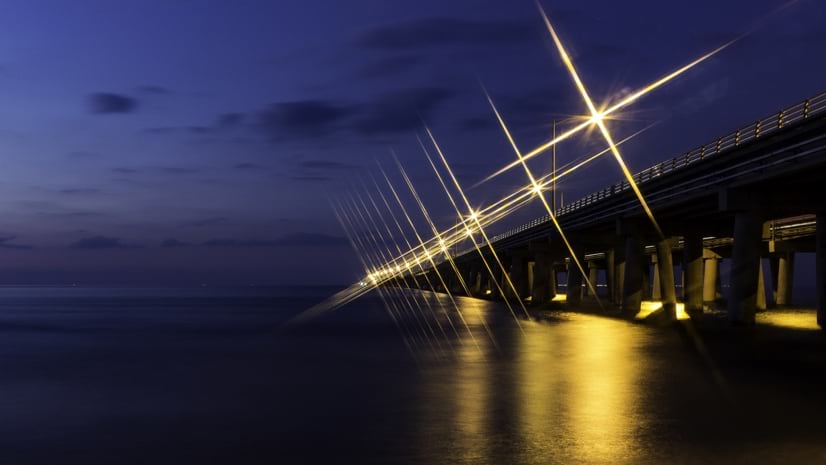 Virginia Department of Transportation (VDOT) and Office of Intermodal Planning and Investment (OIPI) have leveraged GIS to assist with evaluation and prioritization of infrastructure projects across the state.

With $110 billion flowing to states and local governments across the US to repair and rebuild roads and bridges as part of President Joe Biden’s infrastructure bill, deciding how to prioritize work will present its own unique challenge. At least one state will know exactly where to start, though. Virginia’s geographic approach to prioritizing infrastructure projects has already enabled the state to embark on one of the largest transportation projects in the country: expanding a busy 3.5-mile, four-lane bridge-and-tunnel system.

The Office of Intermodal Planning and Investment has partnered with the Virginia Department of Transportation (VDOT) and the Virginia Department of Rail and Public Transportation to develop a way to score projects across six main categories: safety, congestion, accessibility, land use, environment, and economic development. The approach, known as SMART SCALE, uses a geographic information system (GIS) to visualize and analyze all relevant data in the context of location.

“People are realizing that we need to attack transportation problems in a fundamentally different way,” said Chad Tucker, SMART SCALE project manager. “There’s a lot of great data sources that we have now that we can rely on to focus on the real problem areas and try to move the needle from a performance standpoint.”

For example, there’s a proposal to expand the Hampton Roads Bridge-Tunnel (HRBT) in coastal Virginia, ranked highest for its impact on congestion, access to jobs, multimodal and intermodal access, and travel time reliability. The commuter route links some of Virginia’s most populous cities separated by water and is an essential route for people living and working on opposite sides. Its ability to handle growing traffic meets a transportation need as well an economic one, allowing local industry to continue to thrive.

These are the same needs so many other states, cities, and counties will consider with new funding on the horizon for fixes to roads and bridges.

In 2016, then Virginia Transportation Secretary Aubrey Layne credited SMART SCALE for being one of the primary momentum drivers to make the HRBT expansion happen, calling it a “keystone project” that tied together other transportation work in the region.

Now, in another project in Virginia using the SMART SCALE program, nearly 10 miles of the I-64 corridor bridging the cities of Norfolk and Hampton, including the 3.5-mile stretch of the HRBT tunnel, will have double the lanes—eight—by 2025. Its $3.8 billion total price tag makes it the largest transportation project in Virginia’s history.

The process of vetting proposed projects for Virginia’s Transportation Plan (VTrans) begins with a multimodal needs assessment along the state’s transportation network, evaluating congestion, safety problems, and more. “There are plenty of needs. That’s the point,” said Brooke Jackson, senior engineer at VDOT, speaking about the carefully cataloged list of requirements that determine what projects are eligible. Jackson says there are always far too many projects to fit available funding, and this metrics-driven approach lends fairness and a scorecard approach that lets submitters see where their proposals succeeded or fell short.

Funding rounds are open to Virginia cities, counties, towns, and public transportation agencies on a two-year revolving schedule. If a proposed infrastructure project meets a need identified by VTrans and the SMART SCALE program’s readiness and eligibility criteria, the project can be considered and evaluated.

Before SMART SCALE was implemented in 2015, municipalities needed to get on a list kept by the governor. When a new administration came in, the project could be halted, money wasted, and no one held accountable.

Traditional funding mechanisms caused projects to take too long, and without having to prove the value of the investment, political will was at the core of prioritization. SMART SCALE sets out to remove politics and instead let data and expected outcomes drive decision-making.

“Everybody can see the data and what could be studied,” Jackson said. “It’s not about picking and choosing political favorites. It’s about providing benefits and improved system performance to help move people and goods.”

Now, with a public GIS-powered dashboard, each project and project stakeholder have accountability. Anyone can see which projects have been selected for funding, why each project was selected, and furthermore, whether they are on schedule and on budget.

Projects are also monitored throughout their life cycle to ensure they are meeting goals. Of the approximately 400 applications submitted each year, fewer than half are selected for funding. Those chosen are expected to complete their projects within six years; the first six-year cycle has recently wrapped up.

Managing each project during this cycle has been easier, with the GIS-powered SMART SCALE approach ensuring continuity between project description, features, sketch, and estimate. Any stakeholder, including residents, can refer to the interactive map and dashboard to follow progress locally or across the state.

SMART SCALE is also helping address infrastructure equity. Analysis of who benefits from projects is built into the process; this wasn’t necessarily the case before SMART SCALE. Education and poverty levels are considered when scoring improvement projects. Accessibility, including access to public transit to connect people to jobs, is another key consideration for equitable mobility.

Whether projects are implemented by localities or by VDOT, their progress is being tracked on the same public dashboard and held to the same standards. This transparency encourages participants to explain their mistakes—why it happened and how it will be fixed or prevented in the future—and to resist the urge to conceal failure, rather learn from it.

To gain the public’s trust and bolster the program’s integrity, there are a few other rules, too: show your work and maintain communication after funding and throughout implementation.

“With SMART SCALE, you’re getting all the money you ask for, and in six or seven years we expect to see it built,” Jackson said.

So far, the results in Virginia have been positive, and perhaps this will be a model for other states to emulate when prioritizing and managing upcoming infrastructure projects.

“Communication is better, investment into the system is better,” Jackson said. “Working toward a bigger goal with a plan is important. We are getting a lot more projects completed start to finish in a faster time with a transparent process.”