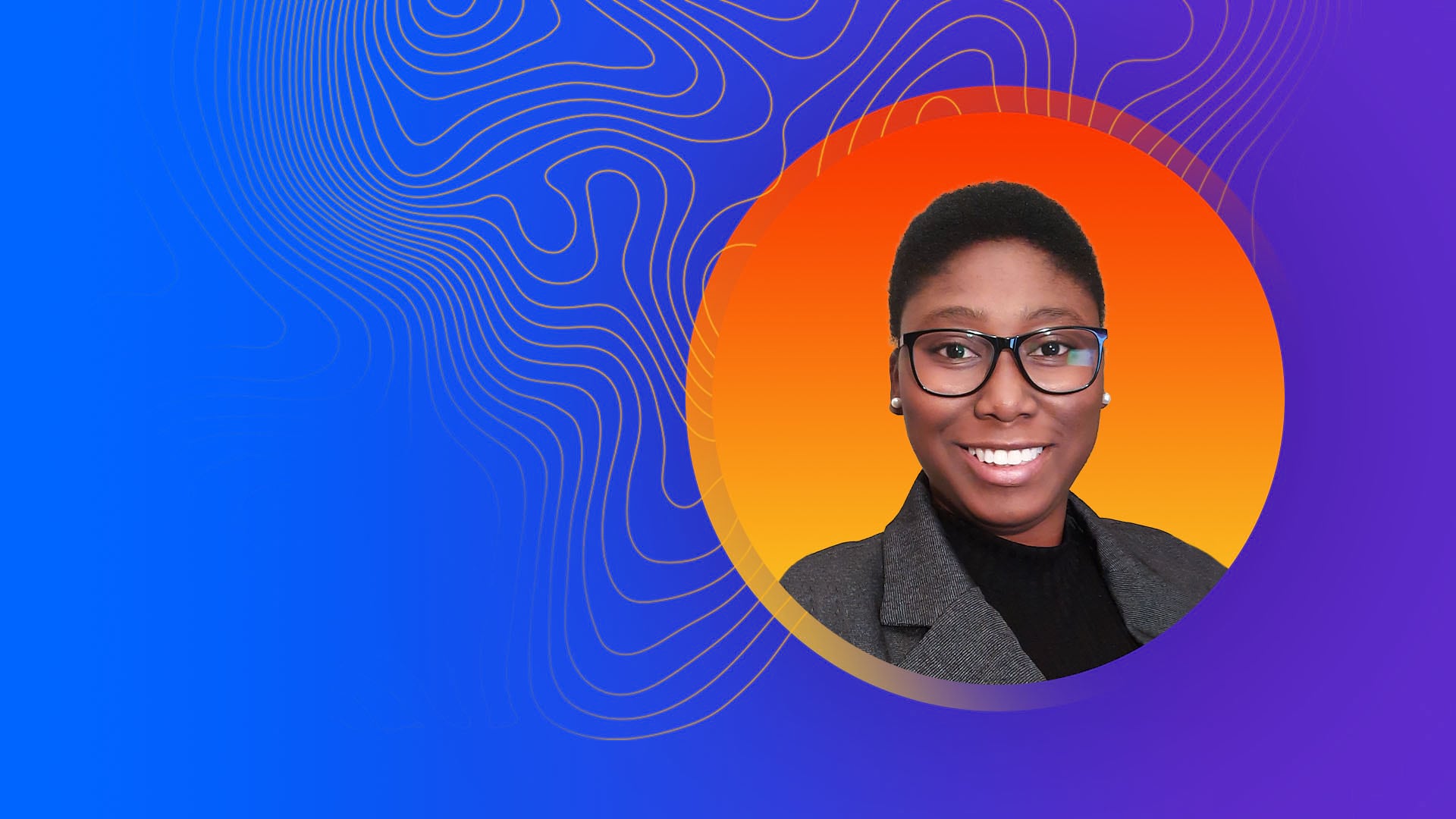 As a groundbreaker in the Ghanaian business community, Cyhana Lena Williams has been a steadfast trailblazer.

Article snapshot: A professional in Ghana’s business community stepped boldly into new terrain, cut costs at a major manufacturer, and left a trail for others to follow.

Undeterred by her relatives’ doubts, undaunted by a male-dominated business orthodoxy, and unmentored because few had gone before her, Williams harnessed a STEM education and geographic information system (GIS) technology to do what others considered undoable. She introduced location intelligence to a major company in her home country and quickly demonstrated how it could pay big dividends.

Even her supervisor at the time was initially unsure of what to make of Williams. The company was looking to hire someone who could apply location intelligence to its business practices, and reflexively, he assumed they would select a man. There were women at the company, but few were employed in STEM-related work within the commercial division.

“Until Cyhana, it [was] probably unheard of,” Emmanuel Amoah says.

Sparked by a Love of Geography

During her childhood in the family home outside Accra, Williams found herself watching the National Geographic channel and reading books on geography. Her family encouraged her love of the subject, since it stimulated her reading and propelled her studies. The fascination carried through to high school, where Williams took every class related to geography. But when she continued the pursuit in college, her family began to wonder how geography would help her find a job. Williams herself worried about the lack of females in related professions in Ghana, and the rarity of role models who could help her chart a career course.

During her third year of college, she heard about GIS and location intelligence, which at the time was used mainly for natural resources and environmental work. After graduating in 2017, Williams performed a mandatory year of national service and then entered the workforce. There, she quickly learned how powerful location intelligence can be in business for everything from logistics and fulfillment to strategic decision-making.

“We know GIS to be more research based for environmental-related studies,” she says. “But then when I joined a company, I started to see things in the light of business.”

It opened up new career possibilities and inspired her to consider how she might become the mentor to younger women she’d once sought.

Cyhana Williams’s former manager says her excellent communications skills were helpful in bridging the gap between analysis and business decisions.

During her early days at the company, she persuaded her boss to let her shadow him to learn the company’s lingo, dynamics, and ways of doing business. Then, once she had applied location intelligence to improve the company’s supply chain distribution routes, she communicated the value of GIS analysis to business leaders succinctly and convincingly.

View this on-demand webcast for more on the value of connecting location analysts to the C-suite.

Soon after her year of national service, Williams joined a large food and beverage manufacturer with global roots. Company leaders wanted to reduce costs and create a more efficient system for distributing bottled beverages to thousands of retailers in Ghana. Williams was the first GIS specialist hired.

Williams’s task was to identify the most efficient routes for distributing the company’s product to some 80,000 customer locations—ranging from kiosks and corner stores to large wholesalers. Almost immediately, she realized that the team would need better data on its retail partners, their purchasing histories, the days and times they needed products, and the exact locations of deliveries. The company hired data collectors to fan out across Ghana and gather the needed information.

Her supervisor Amoah approved and supported her efforts, even though he had known little about location intelligence when Williams arrived and wasn’t certain how she could make distribution routes more efficient. Indeed, when he first heard that his department would be hiring a business analyst who worked with GIS, he researched how the technology had been applied in Ghana and found that it was mostly used by companies in the mining and petroleum industries—not exactly the beverage and snacks trade.

Williams used GIS technology to manage and analyze many variables as she mapped out more efficient routes. But the work ran deeper than sending data collectors to gather vital information from customers. What she was proposing—using location intelligence to analyze and determine better distribution routes—was a radical change for the traditional workplace in Ghana.

When Williams arrived, she was surprised by the casual way the company determined sales and distribution routes. “They had to use word of mouth to differentiate the territories,” she says. “They would just say, ‘Okay, so the whole of Accra is for me. The whole of Cape Coast is for you.’ But they don’t really know where between Accra and Cape Coast that division is. They can’t tell.”

Her mission was to apply the algorithms built into GIS to streamline delivery routes and eliminate unnecessary travel time. She began by dividing the country into geographic regions and splitting those regions into territories on smart maps. “Then I had to divide the territories into groups,” she explains. “That made it easier for the distributors to deliver to their customers.”

She relied on GIS to analyze drive times and driving routes—not just for one driver but for many—and to compute the time-saving distribution routes within each territory. After she had used location intelligence to reset the company’s delivery map of Ghana, the cost reduction proved to be significant. Her manager was astounded by the results.

“I’m kind of still struggling to understand why it’s just now that location intelligence is coming to the limelight, because they can do a lot with it,” Amoah says. “Until I joined this organization, I wouldn’t have known myself, or even if I knew, I wouldn’t appreciate the benefit that comes with it.”

It took Williams’ innovation and drive to show him what GIS could do. Now, he’s looking at how the team can apply similar analysis elsewhere and reduce distribution costs on other product lines.

“We have a lot of brands that we can introduce onto the market,” Amoah says. “So based on this location intelligence, we are able to tell which brand will do well in which location. And it’ll give us some market insight as to which one we can introduce, which one will work, which one will not work. So it’s not only for our current business, but it’s for future portfolios as well.”

A Trailblazer Brings Others Along

Amoah applauds Williams for setting a solid foundation for future uses of location intelligence. He also praises her hard work and reliability as an analyst. During her time at the company, she thrived in a traditionally male-dominated arena and was one of very few women working with GIS in the country.

For her part, Williams sensed early on that careers in location intelligence were rare in Ghana, and that such opportunities for women were rarer still. So she began breaking ground again. With a colleague in Nigeria named Chidimma Umeogu, Williams founded African Women in GIS to build a dependable, professional support group.

“We wanted to create a community where women can come and join us and share our resources like [skills] courses, job opportunities internationally and locally, and a place where everybody can just come and share and learn and connect,” Williams explains.

In addition to mentoring, the group also shares best practices and promotes the value of location intelligence to businesses.

“As for the geobusiness aspect, that came as a result of the fact that most people did not know about GIS,” Williams says. “I wanted to create some form of awareness because I wasn’t seeing enough representation from people like us.”

The group has about 300 members representing about 17 countries in Africa. One of those women is Esther Onyekachi Moore of Nigeria. Moore, a business development professional at Sambus Geospatial Nigeria Limited, credits Williams for creating and promoting a supportive atmosphere while pushing for the group to expand.

Moore also praises Williams for her active leadership. “She wants to build a community to encourage other women to go into STEM,” Moore says, “knowing how she stumbled across it herself and not having many females in her undergrad class or in her first job.” 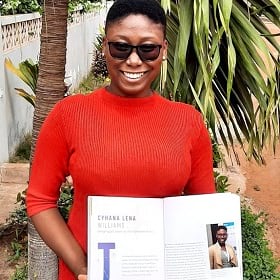 I advocate for both tech and GIS—and STEM, in general—because I feel like right now, almost every field [that young women] are going into, you will need to apply tech or GIS.

Although some members of African Women in GIS are still finding their way in their own careers, they are also reaching out to youngsters to motivate their STEM studies. Mindful of her early fascination with geography, Williams hopes to kindle a similar interest among young girls who might not know that location intelligence careers are expanding in the business world.

She believes those in the younger generation just need encouragement and professional guidance to gain confidence and discover new paths.

“If you were to ask a classmate of mine from high school or primary school, they would tell you I have completely changed,” Williams says of her own emergence. “I was really timid. I did not like to be noticed at all.”

Now, thanks to her abiding interest in geography and her innovative work with location intelligence in business, Williams has become a willing leader. And she hopes GIS will create paths that other young women will follow into rewarding careers.

“We do have the issue of being taken seriously,” Williams says of women in STEM-related careers. “Right now, it’s getting better, but it still takes quite open-minded guys to accept these kinds of things without being told to or without being shown to.” 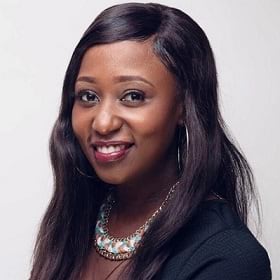 Raynah Kamau is a Kenyan native who has been living in the US since 2013. She is co-founder of Black Girls MAPP and works as a strategic adviser for partners at Esri. Black Girls MAPP focuses on community mapping and evangelizing GIS in underserved and underrepresented communities. The group celebrates black women in the field of GIS and uses maps and apps to visualize social justice issues—using location intelligence to amplify the voices of marginalized and unheard communities. 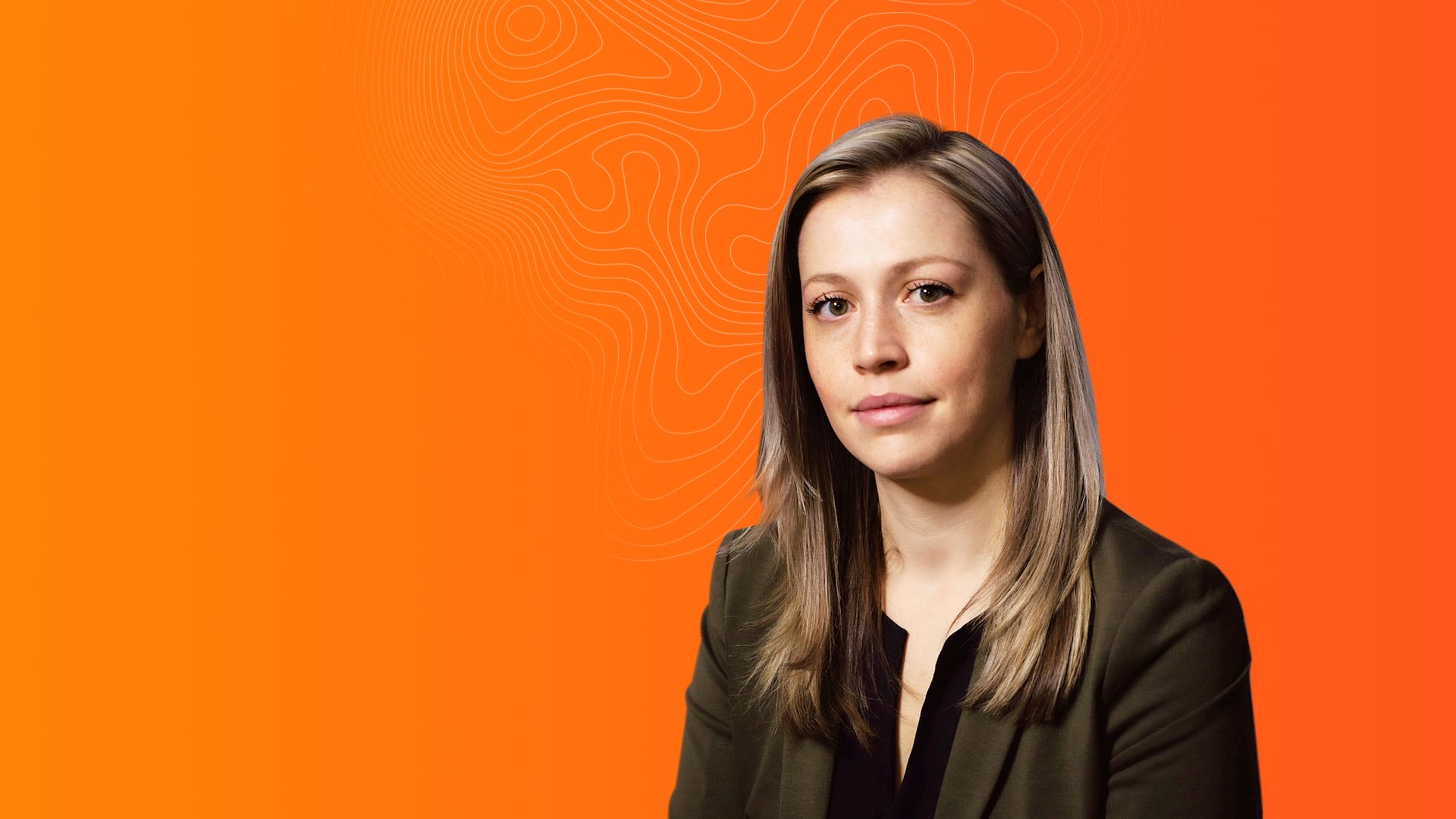 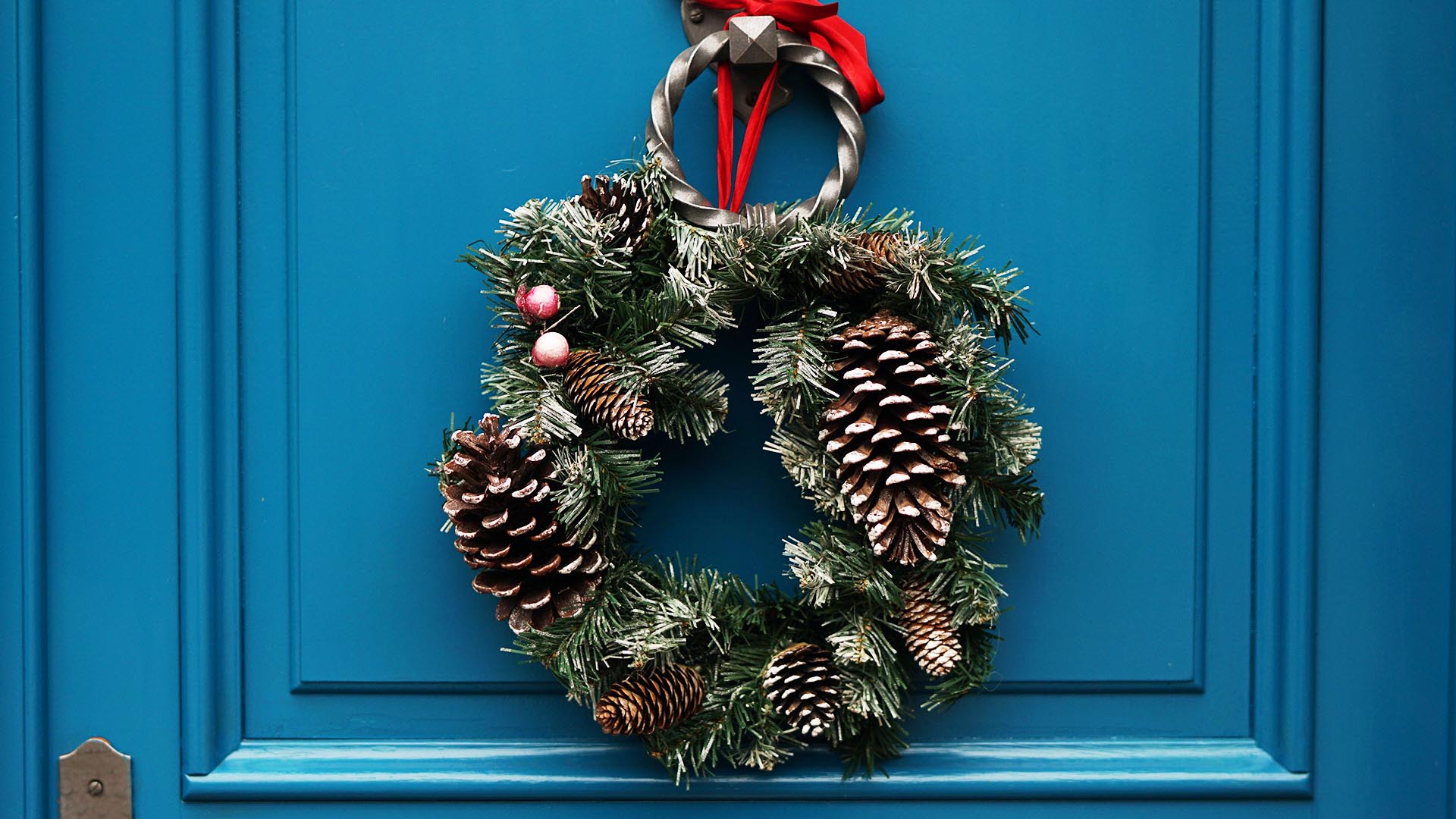 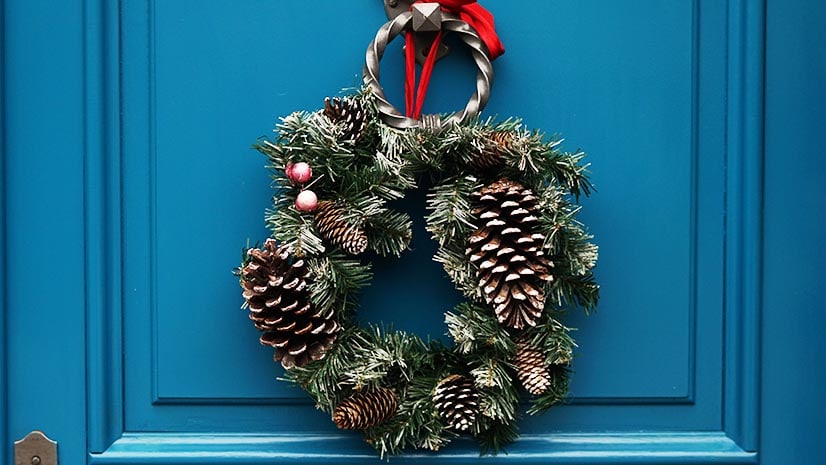