At the dawn of 2007, Apple hadn’t released the iPhone, although Time magazine would later name it—along with the Palm Centro—a “gadget of the year.” The Glo Pillow debuted that year, sporting LED lights that gradually woke sleepers—but did not connect to the Internet of Things (today, even our eggs do).

In early 2007, consumers hadn’t met Amazon’s Kindle, which would go on to upend the publishing business. Boeing’s 787 Dreamliner was four years from entry into service.

How will our world change in the next 10 years? Will we see more sensors on more devices, and more operations-related information? Almost certainly. Will customer demands on business grow? Very likely. Will your business survive if it doesn’t innovate? Don’t bet on it.

In infrastructure-based industries, upstarts are beginning to write the story of the next decade. Renewable energy and distributed-generation companies are changing the way the grid operates. Telecoms are investing in networks to support autonomous transportation and manage billions of devices connected to the IoT, all of them generating data that can be converted into insight.

Many infrastructure-focused companies will struggle to survive against the upstarts. Data, along with the intelligence it provides, may be their salvation, but only if they know how to synthesize it.

The Case for Operational Intelligence 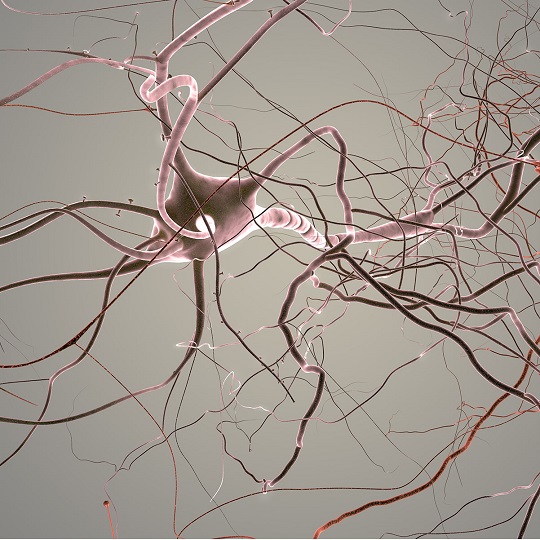 Throughout the industry, operations veterans have been retiring in large numbers. In their absence, we need a system that can replicate their collective wisdom. We need operational intelligence.

Even the short list of supporting technologies is long: AVL, DCS, MES, PLCs, SCADA, WFM. And because these systems often originate from different vendors and use disparate proprietary data models, integration is difficult. Point-to-point data integration is complex, costly, time-consuming, and often doesn’t happen—leaving operations personnel with a fragmented picture of business operations.

Most executives have seen this in practice. The operations manager sits in front of a bunch of monitors, each with a different view of the business. On one screen, a feed from the AVL system pinpoints the location of remote workers. On another is the local weather forecast. To the left are the day’s work orders, above which is a SCADA display. The desk is filled with paper reports from the field, detailing work that needs to be scheduled.

The manager must synthesize that information into three kinds of insight:

I know firsthand how rare that ability is.

Years ago, when I ran the operations division of a Northeast utility, one of my favorite employees was Stanley, the regional crew manager. Every night, Stanley had to make a decision. He had to choose whether to send the day crews home or keep them on overtime. If he dismissed them before a bad storm hit, for instance, it would mean longer outages, unhappy customers, and a flood of complaints to the regulator. If he kept the crews on overtime and no storm appeared, he would have wasted company money.

Here is what Stanley did.

He stood at the loading dock to smell the air. He checked the weather forecast. He considered our vulnerabilities—trees that hadn’t been trimmed, poles that were leaning and overstressed. He knew exactly where customers had been complaining. To make his decision, he organized this data in his head, by location. He assessed the risks. Then he would come into my office and tell me he was sending the crews home or keeping some on overtime. Stanley was doing spatial analysis.

In all the years I worked with Stanley, he was almost always right. His deep knowledge of his workers, local weather patterns, and our infrastructure—mixed with intuition—influenced his decisions and formed the core of our utility’s operational intelligence.

Then Stanley retired. All that knowledge, intuition, and understanding simply walked out the door.

Many infrastructure-focused companies will struggle to survive against the upstarts. Data, along with the intelligence it provides, may be their salvation, but only if they know how to synthesize it.

My company wasn’t unique. Throughout the industry, people like Stanley have been retiring in large numbers. In their absence, we need a system that can replicate their collective wisdom. We need operational intelligence: technology that shows real-time asset performance, infrastructure locations, trouble tickets, weather conditions, customer calls and tweets, and field crew activity—in short, technology that would help monitor the many threats facing utilities. In addition to the ever-present threat of storms, utilities need to monitor aging assets, whose failure could lead to outages. Utilities need to guard against malicious attacks—both physical and cyber. And they must keep a wary eye on workers’ safety.

If we’d had the digital version of Stanley—one system dedicated to operational intelligence, easily viewable by location—we would have been much quicker to diagnose issues and launch appropriate responses.

Many organizations struggle on the path to operational intelligence. And yet, throughout my career, I’ve seen companies improve their decision-making by building a better picture of what events are occurring in their service territory—and where.

Having seen the impact that event and location information can have on operations, I’ve developed a plan to help organizations improve their operational intelligence:

A digital map is the baseline of a true common operating picture. When operations personnel understand the lay of the land, they enjoy a unified picture of everything inside and outside the operation. That becomes the foundation for decisions that lower costs, improve service, and promote safety.

A company looking to extract value from operational information must first bridge the gaps among data sources. A geographic information system (GIS) can be a valuable bridge for an infrastructure-based company, since GIS pulls data from all operational systems: SCADA, AVL, IoT-based sensors in the field, and more. GIS technology arranges that data on a map and makes the relationships among operational activities vividly apparent to managers and executives.

Not all operational information must be regularly monitored, and much of it must be refined before it can be useful. With GIS technology in place, a company can implement rules that filter noncritical data. Information that should be monitored monthly, for instance, won’t be displayed on a real-time dashboard, and conditions that indicate failure will appear in the operating picture only when they cross predefined thresholds.

Decision-making occurs at regular and irregular intervals throughout an organization. Executives and managers must ensure that those decisions are based on consistent, reliable, and up-to-date information. That means dismantling the information silos that plague many organizations and opening data to create a broader view of the operating picture. Here, too, GIS plays a central role, distributing information and insight to decision-makers when they need them.

The final step in creating true operational intelligence is to optimize field operations by eliminating duplicate work and operational blind spots. Through a location-based information platform like GIS, fieldworkers see their assignments on any device, get turn-by-turn directions to work locations, and collect data about the work they perform—all of which feeds into the operations center for real-time monitoring.

Intelligence in the Field

No one can say for sure what the world will look like in 2027. But one thing we can say is that infrastructure-based companies that synthesize information more effectively will make better operational decisions—and increase their chances of thriving in the next decade. 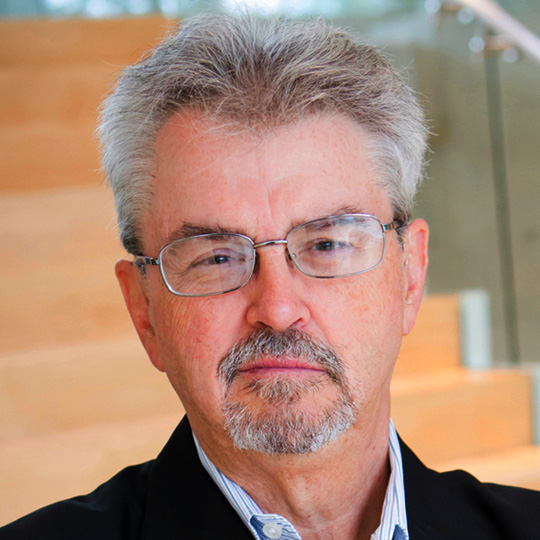 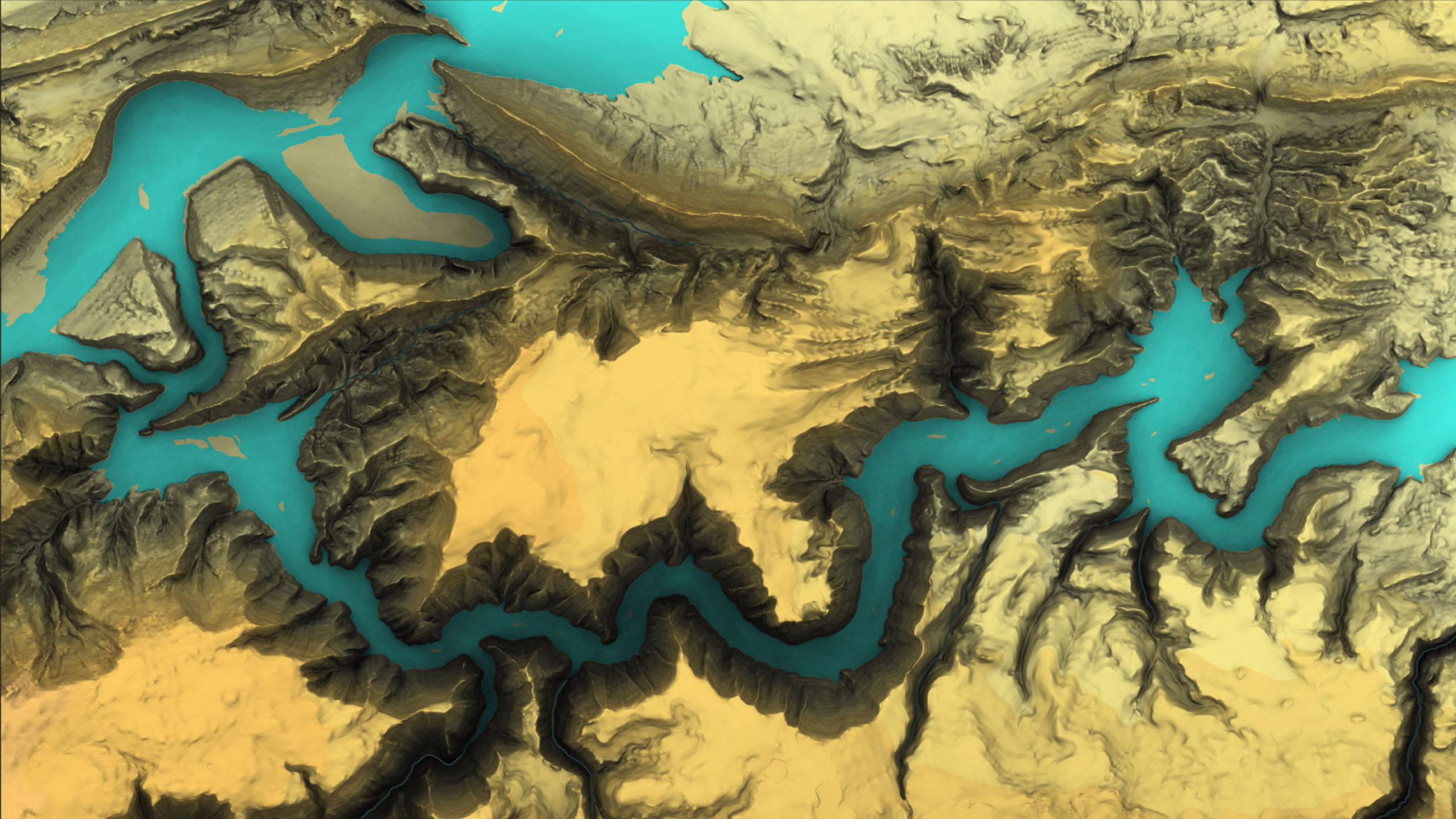 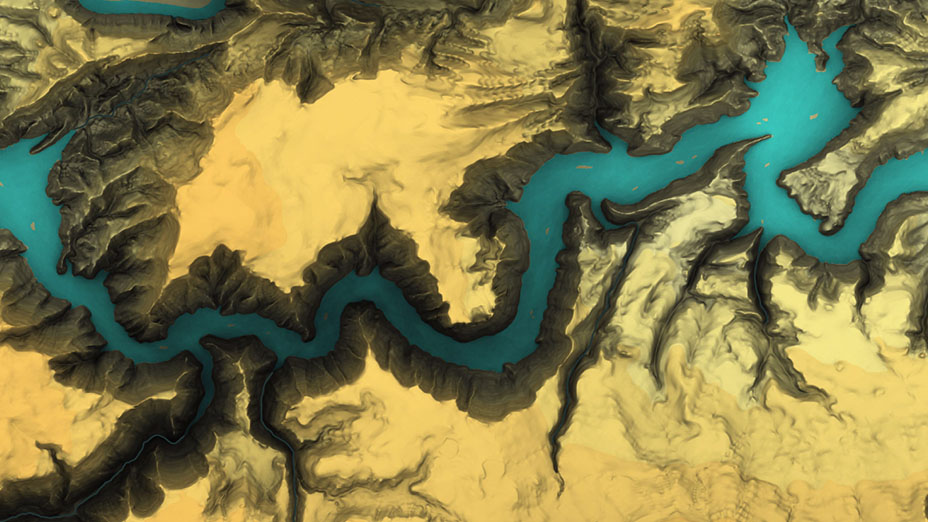