How One Company Overcame the Gap between IT and Business Users 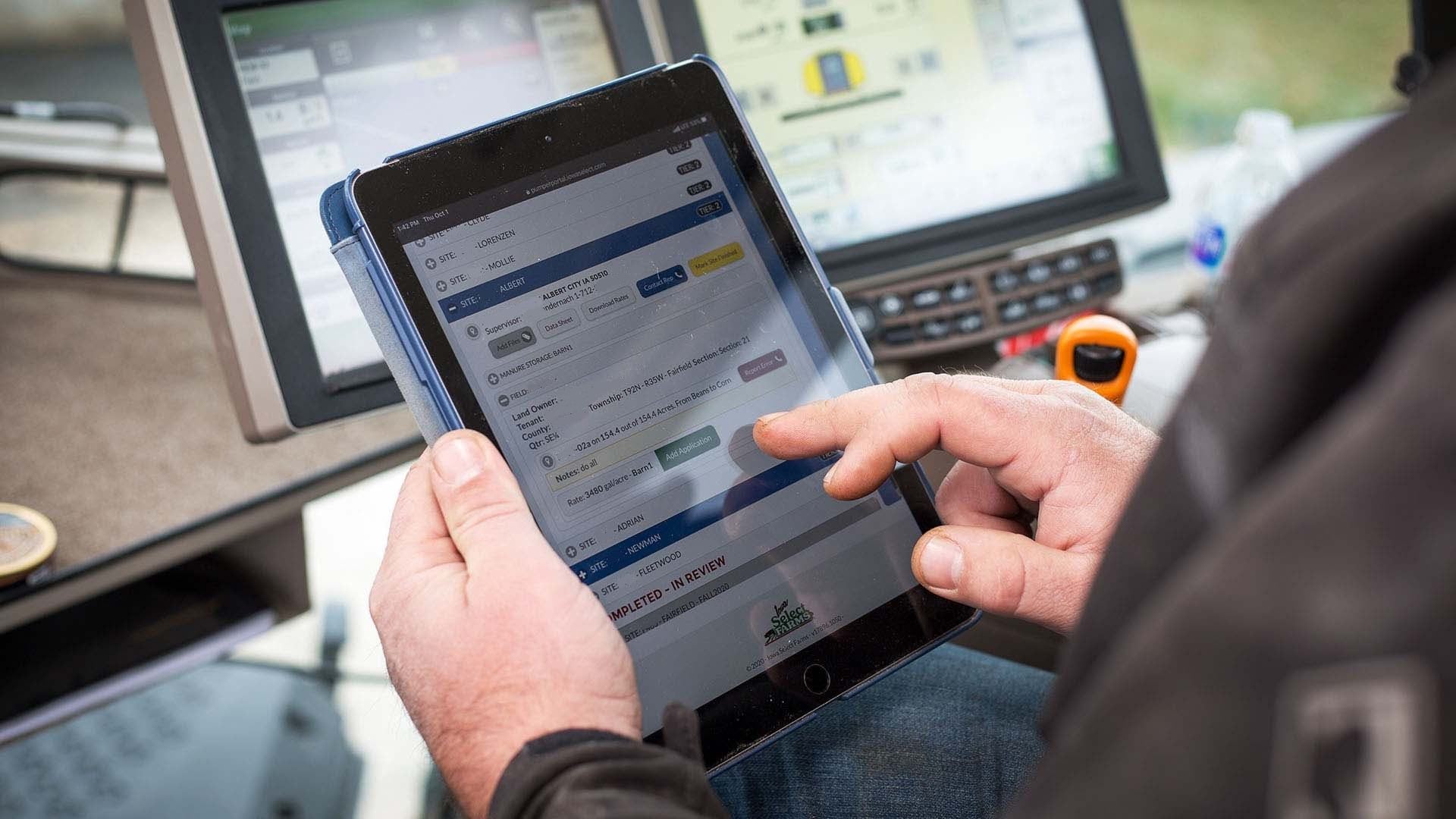 It’s a tale as old as punch cards, and despite receiving coverage in publications as prominent as the MIT Sloan Management Review and Harvard Business Review, the schism between information technology (IT) and business managers persists. Business managers often request IT’s help creating apps and reports for internal teams, partners, and customers. IT, with its focus on security and compliance, approaches the work cautiously, not with the pace business users expect. Both camps say they sometimes speak different languages, and often misunderstand each other’s needs and constraints.

Article snapshot: Conventional wisdom holds that the IT department and business users don’t see eye to eye. At Iowa Select Farms, those teams came together to create an innovative precision agriculture app—and, in the process, a blueprint that industries far from the farm might follow. Here, WhereNext explores the people, processes, and relationships that helped a company defy convention.

But just when senseless bureaucratic battles seemed impossible to avoid, a leading pork producer in Iowa has found a way through the morass.

Yet even with a cooperative IT department, colleagues faced a thorny challenge: Everyone involved had grown up around farming, but they all had to learn each other’s language.

Ultimately it led to a success story with surprising lessons for any business—not the least of which was that innovation isn’t confined to the Fortune 500.

The Need for a Mobile App to Keep the Company Growing

Iowa Select Farms needed an app powered by GIS for farmers who use the by-product of hog farming to fertilize thousands of acres of cropland in precise and environmentally responsible ways. Hog manure is a highly valuable organic fertilizer that improves soil health, increases the carbon storing capacity of soil, and reduces erosion and runoff.

The fourth-largest pork producer in the US, Iowa Select Farms’ network includes 800 hog farms across 50 Iowa counties, many run by independent farmers and landowners. The company sells 5 million hogs a year that grow to marketable size in feeding barns around the state—contributing to a $20 billion US industry. The animals’ manure is collected in various storage structures, including below-ground, environmentally controlled concrete containment facilities.

A group of about 100 applicator companies use manure application equipment to transfer the by-product to the fields—a process meant to honor environmental regulations while maximizing crop yield. Knowing where to apply fertilizer and where not to demands geographic precision. With paper-based maps stored in three-ring binders, the contractors who drove the tractors weren’t as efficient as they could be.

As part of its commitment to continuous improvement, Iowa Select Farms wanted an app that was simple enough for the equipment operator to read on a cell phone in the field.

As the Iowa Select Farms teams set out to create a mobile app, they found huge amounts of data to manage, strict timetables to hit, and stringent regulations to follow. 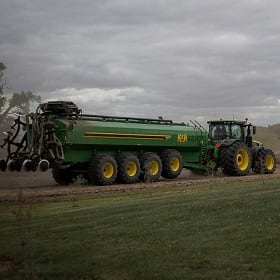 There was not a lot of time to debate whether one part of the company could access information from IT, or if the new app was important to the business. Both sides saw its value from the start.

A Look Inside Business–IT Collaboration

Nick Johansen is the environmental services manager and GIS coordinator for Iowa Select Farms, and also the business user who asked IT to develop the app. At the beginning of the process, he and the IT team were pretty far apart. “We both had a lot to learn, on either side, about what was actually needed, what the reality was, so we both [could] get to that baseline [where we say,] ‘OK, now we both understand where we are. We know where we want to go. Now let’s solve the problems.’”

They turned to GIS to analyze how much fertilizer to apply to which portions of the fields in accordance with environmental regulations—a form of location intelligence pivotal to smart agriculture.

The effort to create an easy-to-use app for drivers of manure application rigs may not represent the most glamorous part of the business world, but it is vital to the state’s crops and its conservation efforts, which in turn are key to providing food for humans and feed for hogs. And the experience holds lessons for any company that wants to deliver digital innovation to partners and needs IT and business teams to cooperate to make that happen.

At times, the teams involved in building and testing the app—all Iowans, all with at least some farming background—wondered if they would find common ground between the business-speak on one side and IT-speak on the other.

“We had a fair amount of meetings where we were talking our language and they were talking their language, and [we] got out of the meeting and it’s like, ‘You don’t get it,’” says Keith Kratchmer, director of nutrient management and compliance, and Johansen’s boss.

Still, when he and Johansen first sat down with IT, they were surprised by the excitement of the developers.

Shared enthusiasm set a foundation, but the Iowa Select Farms teams would need much more to build what would become the aptly named Pumper Portal. It would require focused discussions and, sometimes, faith that it would work out.

“The dynamic that we’ve built, the rapport we’ve built, is that we both knew what the goal was, and we knew how it was going to get done,” Johansen says. “We had to work on it. . . . We all had no idea how long this was going to take, especially on our end, the user end. We expected [IT] to sprinkle the pixie dust on it and make it happen.”

Vogel, who had to manage expectations about pixie dust, says those conversations with Johansen and Kratchmer were productive. “We had a good mix of professionals who were all focused on making something useful for our end user. Everybody involved kept a professional attitude, and that helped us meet our goals.” 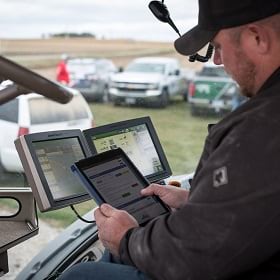 Iowa Select Farms’ experience holds lessons for any company that wants to deliver digital innovation to partners and needs IT and business teams to cooperate to make that happen.

Manure is an important part of the hog farming economy—and the soybean and corn cultivation that often takes place on hog farms.

Kratchmer’s and Johansen’s nutrient management group oversees the effective and environmentally appropriate management of animal manure, and they wanted to make the process more sustainable and efficient for 100 or so contractor companies that service farms across the state.

As Iowa Select Farms says on its website: “We’re proud to be a sustainable food system by providing our neighboring crop farmers with manure to replenish their soil’s fertility. Full of essential crop nutrients such as nitrogen, potassium and phosphorus, manure brings pork production full circle by feeding the crops that feed the pigs.”

On the farm, operators of application equipment collect manure from the containment structures under the hog enclosure, then inject the nutrients into the ground, allowing them to diffuse through the soil and fertilize crops. The Pumper Portal app created by the IT and nutrient management teams guides each step of the process—a form of precision agriculture that delivers better crop yields while improving soil health.

The app allows the applicator and the Iowa Select Farms team to access data on recent soil analysis, which determines exactly how much fertilizer should be applied to specific zones of the field. The app is aware of topographical features that require special care to ensure minimal runoff and maximum nutrient value to the crop. The engine behind that precision is GIS technology, which tracks ever-changing conditions on a farm just as it tracks weather moving across the country, anonymous shoppers moving through a city, or planes in the sky.

“The Pumper Portal really just allowed us to make our data sharing with our applicators more streamlined,” Johansen says. “The applicators can see it on their phones, tablets, computers—however they need to, from wherever. It’s very interactive. We serve up a sample of our GIS so they see the field boundaries as we have them mapped.”

Everyone who worked on the app knew that no matter how sophisticated the inner workings of the system, the user interface needed to be straightforward. Throughout the process, Kratchmer repeatedly asked himself: “Are we going to make it simple enough that people will use it?”

Respecting the Other Person’s Professional Language

Building a complicated app from scratch required a shared belief in a common goal—one that helps the worker, the company, and the environment.

During app development, Iowa Select Farms’ IT and business teams witnessed the effort and commitment of their colleagues.

For the Iowa Select Farms teams, that tactic paid dividends. “I can remember that one day, we came out of a meeting, and I think Carl, the developer, Nick, and I were all in it,” Kratchmer says, “and I think Nick and I [said], ‘I think we’re finally trying to talk the same language.’”

That happened in part because Vogel, unlike some IT directors, believes app developers should interact directly with business teams, rather than receive requests through intermediaries. That direct line of communication proved key to a successful Pumper Portal app.

In fact, Vogel even sent his developer to see the reaction, answer questions, and get feedback when the nutrient management crew unveiled Pumper Portal to a gathering of end users. The app drew on sophisticated location technology, but the interface was simple and clean, and the applicators—even the tech-averse ones—quickly put it to use in the field.

Each person on the team had a different journey to the successful launch of the Pumper Portal app. Despite the precision technology involved, Johansen, Kratchmer, and Vogel say the human dimension was key to the lessons they learned:

Check your egos: “I think that’s a part of what we do in our department working with so many different farmers and companies,” Johansen says. “It’s our job to make it all happen. Your ego can’t get in the way of that.”

Emphasize the team: “Everybody’s got to be willing to work together—that’s a big deal,” Kratchmer says. He attributes much of the team’s success to willingness to learn the language of the other camp, and each person’s patience in working through constraints.

Find the passionate ones: “It comes down to the people,” Vogel says. The GIS-based application they’ve created for Iowa Select Farms’ business partners produces results, he says. “But in the end, it’s only as good as the people that build it and use it. And so, I think we got a good alignment of unique individuals that were passionate about this, and the stars lined up really well for that to be successful.” 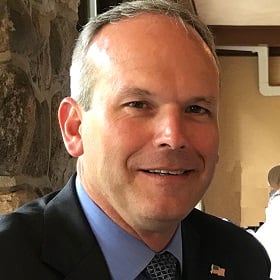 For over 25 years, Mark Dann has helped organizations across various industries utilize location technology. In his current role at Esri, Mark offers strategic guidance to agriculture companies to help them leverage location intelligence to improve agronomic workflows, agronomic decision making, and increase operational efficiencies. He is responsible for helping shape the vision for Esri’s work in the commercial agriculture sector. Mark also operates and manages his family’s grain farm in central Ohio, where they primarily grow corn and soybeans. Mark holds a bachelor’s of science in landscape architecture and a master’s of landscape architecture from the Ohio State University. 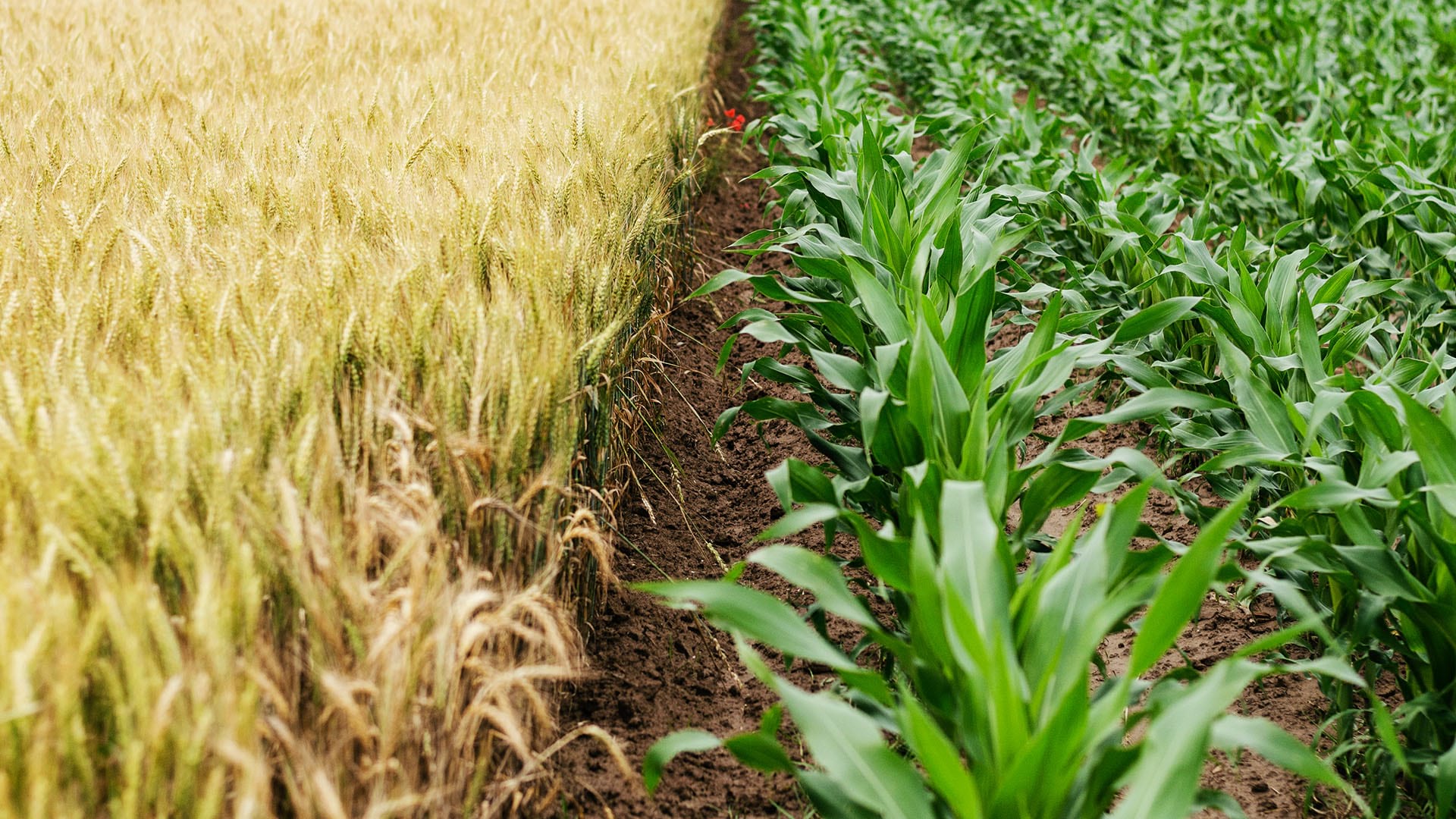 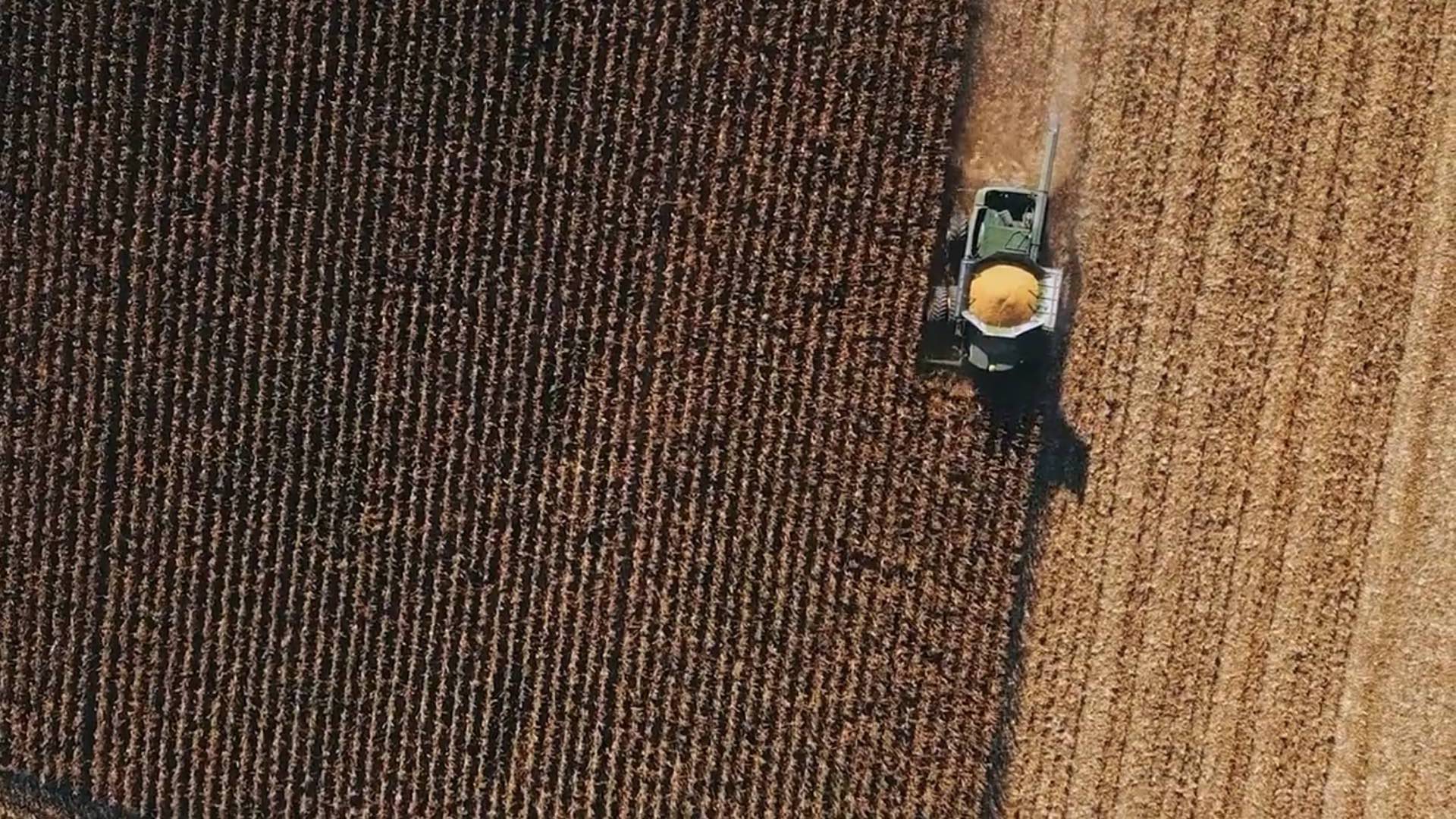 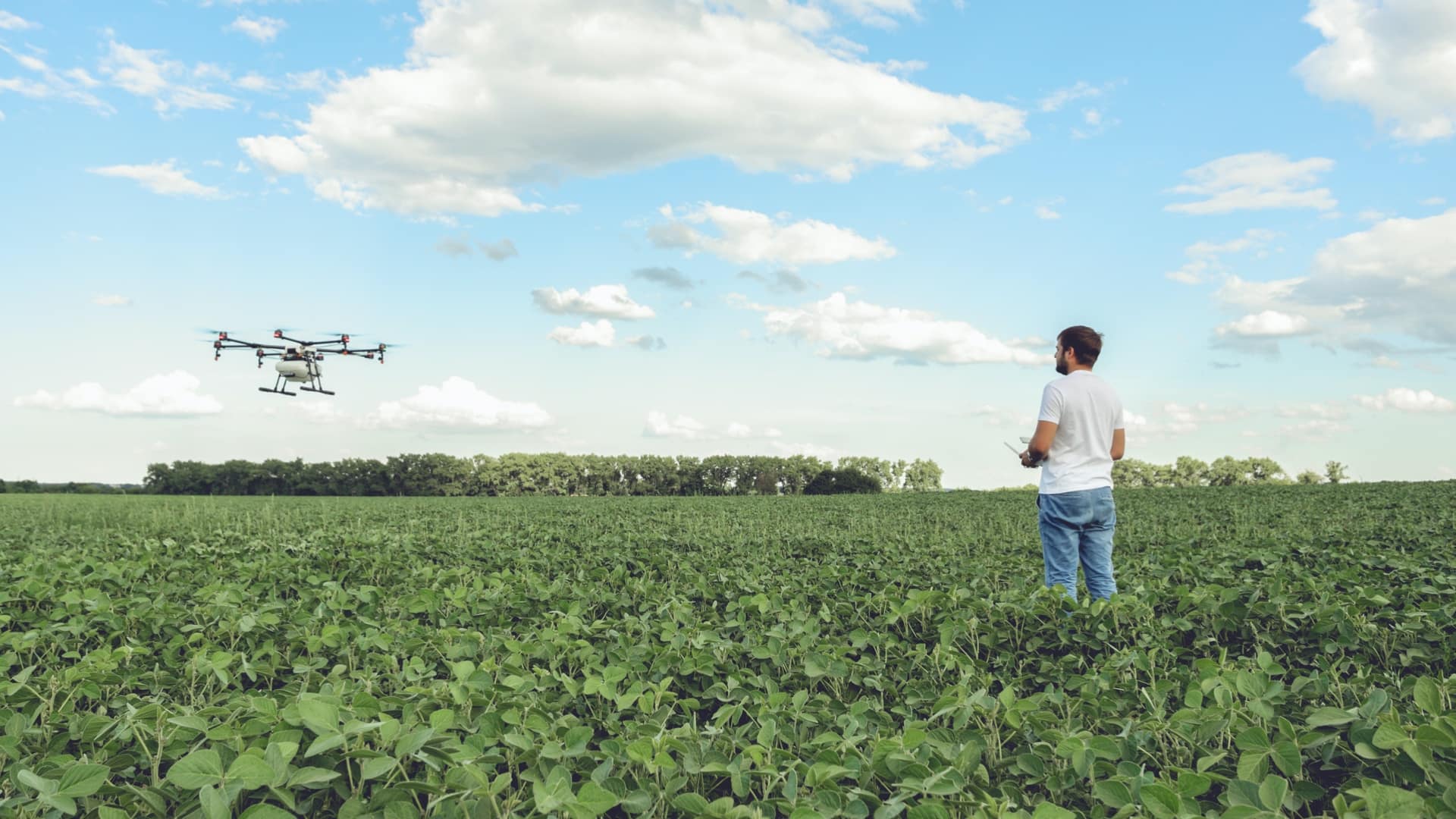 The Technology Behind a New Agricultural Revolution