Casey Teske Tackles Wildfire in the Field and the Office 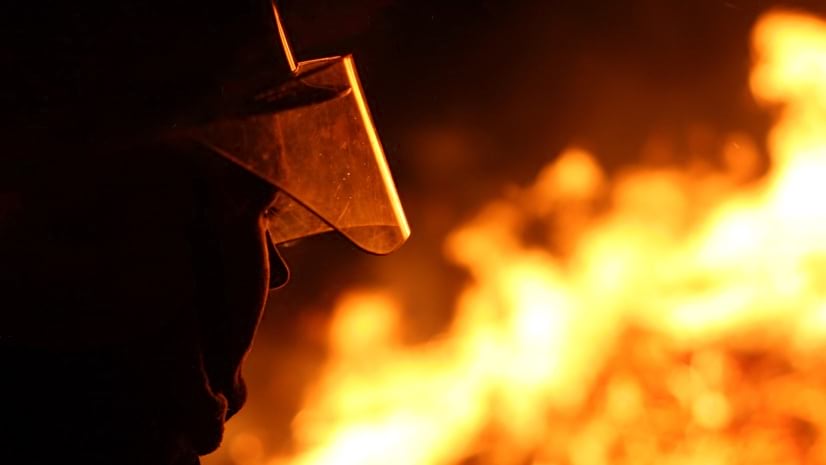 As wildfires spread across the western United States, Casey Teske is bringing her extensive experience as a firefighter and GIS researcher to bear on a complex, dangerous field.

Casey Teske sees her mission statement as this: Understand fire.

It’s that simple, and that complicated.

For Teske, a fire management analyst for the US Fish and Wildlife Service Branch of Fire Management who has extensive experience in both fighting wildfires on the ground and understanding the science of its actions, that breadth of understanding is key. It’s the reason she’s often the bridge between those who fight a tactical wildfire battle in the field and those who analyze the behavior of the blaze in the office.

As the 2021 wildfire season begins, early fires underscore the vast variety of interlocking variables that lead to fires. Predictive analytics suggest a very busy fire season. By late June, there were 29,362 wildfires that ravaged 1,164,555 acres. That’s up from 22,817 fires and 1,044,248 acres at the same time in 2020, according to the National Interagency Fire Center.

Teske stays on alert with worries about affected ecosystems, nearby residential communities, and the firefighters who risk their lives. She’s ready to go anywhere at a moment’s notice to offer her insight, often gained using geographic information system (GIS) technology.

Fire is both a potential destroyer of wildlands and a necessary tool for conserving precious ecosystems. The paradox is part of what has intrigued Teske from childhood, as she learned about the interactions of natural processes from her father, a biologist.

“Fire is really important,” Teske said. “Species depend on it for survival. It can also be used as a tool: if you need to knock back the fuel with small controlled fires so that you don’t get big explosive wildfires threatening communities, prescribed fire gives you a way to do that.”

A Journey from Firefighter to Researcher and Back

It all makes sense now, but Teske’s journey to that rare spot, as a link between the practical and the theoretical sides of the equation, was a path she made by following her interests.

“When I got out of high school, I decided to go to college, and I could fight fire during the summer to pay for college because they make good money, and I wanted to stay in shape,” Teske said, “So, I signed up to be on a fire crew, and that first year was pretty pivotal for me because I learned a lot about a lot of different aspects of fire and I got pretty interested in the fire behavior side of things.”

She kept going back for several summers in a row as her fascination with firefighting grew. She even decided to pursue a master’s degree in fire ecology. It was then that she first learned about GIS and the power of location intelligence.

Meanwhile, she continued fighting fires in the summer to earn money to pay for her studies and she kept thinking about how to link firefighters in the field with insights GIS could deliver. The more Teske knew about both sides (she eventually earned a doctorate degree), the easier it would be to gain the trust of those in the field—from the smokejumpers who parachute in to fight fires to the scientists who study the conditions that create the blaze.

“As I moved through my fire career, I did everything. I did fire engines, I did dispatch, I worked on Helitack (helicopter crews). I did the hotshot crews, and then the next important piece was working at the fire lab. I learned all about the research side of things, including GIS and fire modeling.”

She realized how difficult the work can be, and how hard it is to keep good people in those dangerous positions. She wanted to find ways to make the jobs of firefighters easier and safer, aiming to apply computer modeling to anticipate a fire’s path and predict its intensity.

As she learned about remote sensing and computer modeling, Teske kept wondering how to put it into action. “I thought, ‘Man, that’s some cool stuff there, but how do you get that to the field?’ As a field person, I wasn’t high enough up yet to bring that kind of information back, but I knew that it was a piece that was missing. Remember, this is the early 2000’s, and some of the technology wasn’t there yet. Nowadays, the technology is there and maps can be available on your phones in real time.” 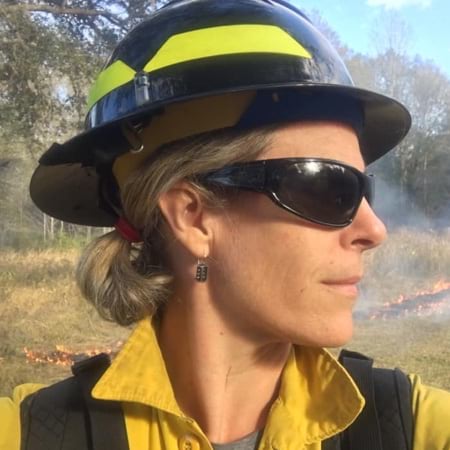 And then we can use the information for post-fire analysis. ‘Well, why did the fire do this?’ Now, we can suddenly understand something about fire behavior and spread that we maybe didn't understand while it was happening. That is the power of GIS analyses and mapping.

Using Location Intelligence to Protect Those on the Ground

“We know fires are coming,” Teske said. “We know people are moving into fire-prone areas. We know that climate is impacting fire seasons. And we know that these things are all connected. So how can we be proactive and do treatments or take actions while we have conditions that give us more opportunities to control things?”

To answer this question, Teske sees technologies that can feed data to GIS playing a growing role.

“The infrared (IR) work that’s out there, whether it’s satellites or the IR flights at night, was a big game-changer. Instead of just going to where you were yesterday and doing what you were doing, now you have increased situational awareness, which is important for developing tactics and strategies. You can use the information from the IR in conjunction with GIS mapping and modeling, so you can see where a fire will spread the fastest and most intensely, and you can see where treatments have happened that may reduce fire behavior or give you a tactical advantage.”

Teske is excited about the use of drones for their potential to observe and stream real-time data. And she notes artificial intelligence and machine learning may increase the quality of real-time insights into the behavior of a fire.

“And then we can use the information for post-fire analysis,” she said. “‘Well, why did the fire do this?’ Now, we can suddenly understand something about fire behavior and spread that we maybe didn’t understand while it was happening. That is the power of GIS analyses and mapping.”

Each insight opens the possibility of better mitigating and fighting fires while protecting ecosystems and saving lives. “There are questions that we don’t know, we haven’t thought of, but somebody else might be able to answer with all this information.”

Into the Future: More Technology, Success, and Questions

Teske looks back on her own career and sees immense changes in the ways scientists study fires and firefighters combat them.

“Coming from the day of paper maps and drawing things on [transparent] overlays with a marker to show where the fire was yesterday and where it is today, I always say the map tells the story,” Teske said. “Getting GPS units into the hands of firefighters 20 years ago was a big deal, but it changed how we were able to incorporate information. And now we have that on tablets and phones and can triangulate across cameras or use drones or whatever and stream information back in real time.”

GIS enables streaming data to be analyzed in context. For instance, scientists and firefighters can quickly determine whether the threatened ecosystem is a forest or prairie, and learn the relevant humidity, wind, rainfall, and snowfall patterns. They can see the frequency of lightning strikes, identify the number of fire-resistant trees and plants thriving in comparison to invasive species, and find historic trends for each variable.

Teske sums up the analysis done to help firefighters and alert the public in this fashion: “Here’s what we see. Here’s our crystal ball. Here’s what fires have done here in the past. That’s not going to appease everybody but helping the public understand things that are scary is going to buy us something. I just have to hope that because fire is here to stay.”

Learn more about how GIS is applied to fight wildfires, and access data and resources, including wildfire activity maps.