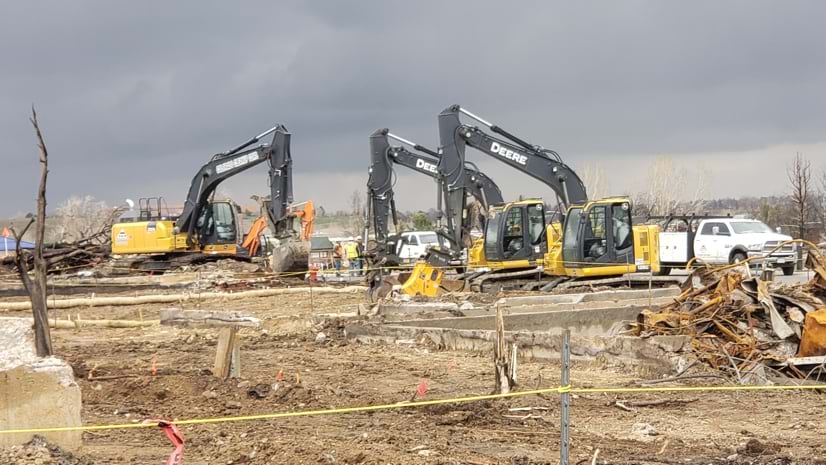 Cleaning up after a disaster—essential for community recovery—is more than loading trucks to drop off loads at a landfill. Debris removal firms use GIS to trace each step of cleanup and help crews clear debris in hard-to-reach locations.

Twelve different wildfires converged in Oregon in the fall of 2020, and after the fires eventually quieted, the carefully choreographed cleanup effort began.

That’s when engineering and disaster recovery firm CDR Maguire arrived to clear roads and right-of-way for the Oregon Department of Transportation, returning a small bit of normalcy to the rattled communities. In one instance, though, there was a new challenge. On an Oregon cliffside, crews needed help removing charred, dead trees that risked falling onto the roadway below. The area proved too hazardous for crews to safely do their jobs on the ground, so they dangled from helicopters with chainsaws in hand. They had done similar work before, guided by an arborist using binoculars to scout the site to ensure that only the dead, hazardous trees were removed. But the vantage point wasn’t ideal, and the crews needed to know exactly which trees to cut.

There were plenty of unknowns, along with just as many new ways of approaching the challenge, she said.

Using drone technology, the company collected data to help officials better assess the hazards. Lidar sensors and photogrammetry techniques provided accurate images and 3D models that could be measured and analyzed to assess the hazards. The assist from the drone’s vantage point gave the on-site crews a strategic game plan including where to start.

Taking the gathered data and analyzing it in GIS, Datre’s team made maps and conducted spatial analysis to guide the cutting. An arborist on the ground, keeping their distance from the cliffside, still used binoculars to verify the trees that needed to go, but decisions were backed by shared detailed maps and 3D models to enhance the efficiency of the crews.

The Importance of Cleaning Up Debris and Keeping Clear Records

Debris removal operations can vary as widely as the natural disasters themselves with conditions and circumstances driving technology needs. Drone imagery, for one, isn’t always deemed a necessity or used like it was in Oregon. Where trees are removed, CDR Maguire will occasionally be tasked with replanting new ones.

One aspect of debris removal is always the same, though. The work, often contracted out by local and state governments to experienced crews like CDR Maguire, requires fastidious record keeping.

In Oregon, the cleanup involved the removal of 91,082 dead or dying fire-damaged trees that posed an ongoing hazard to roadways. Ultimately 158,689 tons of ash and debris were collected, clearing 3,012 private properties.

Debris piles are assessed, right-of-entry permits to enter private lands are sought, and truckloads are weighed and then verified at drop-offs. Every stop of the journey is noted and recorded using GIS. As communities recover and rebuild, they need the carefully kept records in order to be reimbursed for the costs —often in the millions of dollars—from the Federal Emergency Management Agency.

Following a fire in Colorado and later a tornado in Texas, the engineering company had lost access to its usual vendor for record keeping and now needed a new solution, fast.

“We can’t have the truck wait because the app does not have connectivity,” Datre said.

Many Moving Pieces, One Custom Fix

Blue Raster used ArcGIS Survey123 app to scan a unique identifier to note the initial load; a second app to measure the size of the load; and, finally, a third app to note the disposal and how the debris was separated by type to verify that the amounts matched up. The data from all three steps was then combined into a report.

Combining that data becomes tricky maintaining the trail of documentation of so many moving pieces while also operating offline.

“The initial challenge was that not only does it have to be disconnected but also there’s dynamically generated data throughout the day,” said Phil Satlof, program manager with Blue Raster. It’s not as easy as collecting the data offline and reconnecting online at the end of the day.

Blue Raster and CDR Maguire needed to determine where the data would be kept. They also wanted it to be consistent across each form and available on demand for those who needed it.

To start, each hauling truck had a unique ID that—once scanned into ArcGIS Survey123 with a QR Code—would automatically populate the form with the name of its driver, the area it was allowed to work, its size and tonnage, and other attributes. The common ID then followed the load to inform anyone who touched it, accessing all of these details by simply scanning the QR Code.

The two companies had to figure out the workflow to account for changes, like adding trucks and being able to append new records for each truck. To do so, a script was run in the background every 15 minutes to sync and stitch together matching records, pushing it to ArcGIS Online anytime internet access became available.

The new tool ensured that cleanup operations were not delayed and Datre said CDR Maguire is looking at ways to further customize the solution to enhance efficiency.

The use of GIS for debris removal for emergency management has become vital for effectively getting the job done and ensuring the mobility of those affected.

“That visual perception of operations and progress is so critical,” Datre said. “It’s expected to see a map when you’re asking where is the road clear, for example.”

Learn more about how GIS supports the work for all parts of the wildfire life cycle. 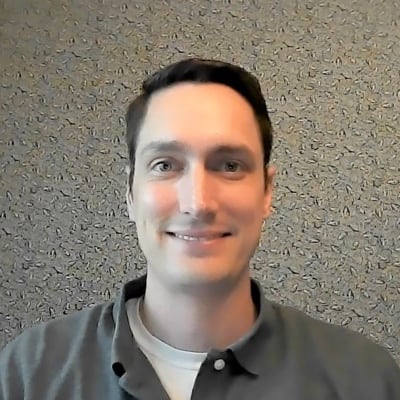