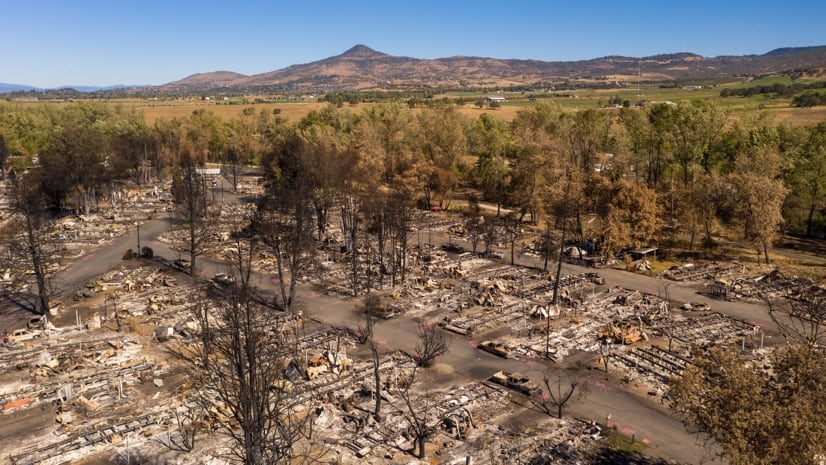 Planners in Talent, Oregon, used 3D visualization tools to work with diverse stakeholders to build transitional housing for victims of the Almeda fire.

On the first day the Almeda Drive Fire tore through southern Oregon’s Rogue Valley in 2020, it obliterated huge swaths of the neighboring towns of Talent and Phoenix. Thousands were left homeless.

Many were low-income families, including a high percentage of undocumented first-generation immigrants. Their resident status made them ineligible for post-disaster aid from the Federal Emergency Management Agency and other federal sources.

“In both Talent and Phoenix, the fire disproportionately impacted those community members,” said Nikki Hart-Brinkley, an expert in geographic information systems (GIS) who mapped where displaced people were finding housing for the Rogue Valley Council of Governments. “Many of them lived in trailer parks, which were heavily affected. They couldn’t just go ahead and request a FEMA trailer.”

In Talent, city officials and community leaders wanted to map a path to keep families who had called Talent home. With cutting-edge GIS tools as a guide, they built one of the nation’s only locally driven, master planned, transitional housing sites.

Rebuilding For the Present and Future

The Talent Urban Renewal Agency (TURA) purchased a four-acre plot of land between Route 99, the major thoroughfare for motorists passing through town, and Talent Avenue, the city’s central street. The town had planned to develop it into the Gateway Redevelopment Project, a combination of residential development and local businesses, as a way to attract more traffic from the highway. When the fire hit, the Gateway location was still mostly vacant. Because the lot was on the edge of Almeda’s burned zone (the fire, after leapfrogging Route 99, had mysteriously halted at Talent Avenue), it remained largely intact.

Officials from the Phoenix-Talent School District approached TURA and Talent’s city council with the idea of repurposing Gateway to build transitional housing. Nobody wanted the schoolchildren to have to start fresh in a new school with people they didn’t know after they had lost so much in the fire.

The effort grew to include aid from state agencies, private companies, and nonprofits. “They all started to think about ways to bring families back to Talent,” said Chad McCombs, executive director of Rogue Retreat, a local nonprofit involved with the effort.

Besides its novel attempt to fund, construct, and manage post-disaster relief without federal recourse, what made the Gateway repurposing daunting was the scope of its ambition. The idea was not merely to confront the immediate present—but also to find a solution that could evolve over time.

“A lot of communities have emergency management planning, but they don’t really confront the question of how they’re going to recover,” said Jon Legarza, the head of Healthy Sustainable Communities, a consulting firm that worked on plans for the Gateway. “Where are we going to put people? How are we going to build back and how long will that take?”

From the Ground Up

To create the project, planners relied heavily on GIS. Hart-Brinkley helped the city use existing LiDAR data to build a 3D base map of the Gateway site.

That map provided a realistic interface for testing various possible scenarios for the site. The planners could execute a proposal virtually, adding structures to the GIS and examining the results from all angles. They could examine its pros and cons, and then tweak it or even tear it down and start over.

This contextual awareness was key. Building the site was more than just an isolated design problem. The 3D environment allowed TURA to see how a plan would interface with zoning and land use laws.

“You have to have water, sewer, and electricity for each and every unit,” Hart-Brinkley said. “That stuff doesn’t just happen to be there.”

In December 2021, just over a year after the fire, Gateway was reborn as the Talent Gateway Transitional Housing Project. The site, managed by Rogue Retreat, features semi-permanent trailers that provide homes for 53 families, with preference given to those with children attending schools in the district.

With GIS as a guide for visually extrapolating the site’s evolution, Gateway’s designers forged a plan with four phases. Beginning with the 53 trailers of transitional housing, Gateway will undergo its own transition.

Over the next few years, permanent affordable housing will replace some of the trailers. This mix will evolve into a site with 90 affordable apartments.

Drafting the plan has involved input from groups as varied as Talent Maker City (a nonprofit makerspace focused on science and technology learning), the Talent Public Arts Committee, and the Talent Urban Forestry Committee. Cloud-based GIS has provided a common meeting ground for monitoring progress, fostering this kind of multi-stakeholder collaboration.

This communication involves the entire Talent community. A GIS-based informational site keeps the public updated on Gateway’s progress and gives community members a forum for input.

Talent’s planning department is adapting GIS to ponder changes to the city’s zoning ordinances, to help speed the recovery of downtown.

“We can go in and visualize the destruction of entire city blocks,” she said. “We can determine that if, say, the entire northwest quadrant of Talent is gone, we’ll need to house 900 families—and we can do site selection analysis ahead of time.”

For now, Talent has found a way to offer relief for 53 families. Both in its conception and its construction, Gateway is a blueprint for the future.

“We knew when we purchased the property and started working with the community to create a vision here that it was a very special place,” Darby Ayers-Flood, Talent’s mayor, said during the groundbreaking ceremony. “We had no way of knowing how special this place would become.”

Learn more about how GIS is applied to urban and community planning. 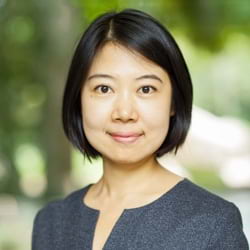