Maps: The Fight for Fairer Redistricting and Voting Rights 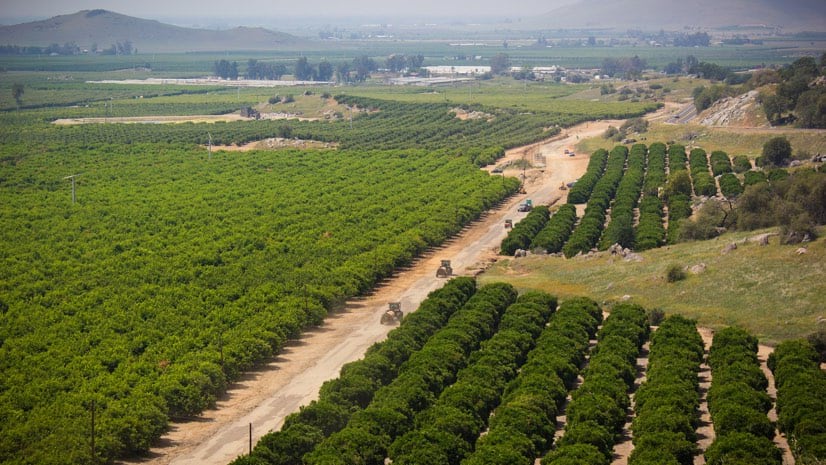 California’s new Fair Maps Act has taken cues from the Dolores Huerta Foundation to make certain that district maps match the demographic makeup of a community.

As the US undergoes a year of intense campaign coverage that will culminate with a presidential election, it’s worth remembering the importance of politics at the grassroots level. The outcome of local contests, often for positions and appointments that attract minimal attention, can have a profound effect on people’s everyday lives. Maps play an important role in driving and defining these struggles.

In 2011, Kern County, in California’s agriculture-rich Central Valley, redrew the districts for its board of supervisors. The new map split the county’s largest Latino community between two districts.

Latinos account for more than half of Kern’s population, but the new map made them a minority in both districts, and effectively limited their representation on the board. Seven years after the redistricting, a federal judge ruled that it violated the Voting Rights Act. As part of the settlement, California officials redrew the map of Kern’s supervisor districts.

The Dolores Huerta Foundation (DHF), an organization that advocates for underrepresented communities in the Central Valley, saw an opportunity to address the similarly askew Kern High School District, the largest in the state. Trustees oversee school board elections that influence the education of over 38,000 students.

“Not only did we have only one Latino on the board, we had three trustees in the wealthiest part of Kern County who live within three miles of one another, for a school district that covers 2,500 square miles,” said Sophia Garcia, a DHF analyst. “One of those trustees was in charge of the rural farm worker communities we work with. Folks there have had to fight with city government and the board of supervisors for things like sidewalks, sewers, a pool, and money for a skate park, so that kids can have recreational facilities.”

The trustees on the school board wield an even larger influence on the lives of Kern County youth. The decisions they make address issues like curriculum, the allocation of resources, migrant education, LGBTQ support, and cultural literacy training for staff and teachers.

The obvious inequities in the current school district map provided the impetus for the state to avoid another legal challenge. “The Kern County Board of Supervisors had been sued for the same reason,” Garcia said. “Once they lost, and the judge called for new maps to be drawn, the school district said, ‘We don’t want to go to court—we’ll just go through the expedited public redistricting process.’”

The question now for DHF was how to present its plan for more equitable redistricting. Garcia and her colleagues used a geographic information system (GIS) to create maps that displayed their new proposed boundaries. The GIS allowed them to show relevant information as layers on the map.

“We used population data, but we wanted to make it visual,” Garcia said. “So you could see where the Latino population lives, contrasted with where all the trustees live. The map clearly shows who benefits from the way the lines were drawn in 2011, and how this division negatively impacts our Latino communities”

The presentation of the map served two related purposes. It was a concise way to condense a large amount of supporting material to present their plan. Just as importantly, it rallied the community. Convincing busy people of the importance of school board elections can be a tough sell. By bringing the map to the communities it represents, DHF helped people see and understand the inequity in a way that mere numbers could not.

“Maps and data are vital for redistricting work, but we don’t stop there,” Garcia explained. “To educate, motivate and empower residents to attend board meetings the foundation and I held community meetings for three months. And we attended every board meeting on Monday nights. Some of them lasted until 11 p.m. From beginning to end, we had community members present. We even held a press conference with over 60 people in attendance.”

While the Kern High School District did not adopt the DHF Community map in its entirety, the work paid off. Garcia credits the campaign with motivating and empowering the community to understand the importance of redistricting.

“Working in this foundation, you see that various people in power tend to disregard what community members say at school district meetings, city council meetings, board of supervisors meetings,” she said. “But when you put a map in front of them, they can’t refute that.”

Learn how maps bring clarity to the redistricting process.

The redistricting work done by the Dolores Huerta Foundation (DHF) recently got a boost from California lawmakers. The Fair Maps Act, signed into law in October 2019 by California Governor Gavin Newsom, requires cities and counties to use standardized, fair redistricting criteria that prioritizes communities when drawing district lines to ensure political boundaries fairly and accurately represent the population.

The law obliges governments to revisit—and, if necessary, redraw—district maps every ten years, in response to the decennial U.S. Census data. It also takes steps to help the public remain engaged in this process.

“California cities and counties are now required to have more community engagement,” Sophia Garcia, a DHF analyst, explained. “[The new law] mandates transparency of the data and requires that maps be published well ahead of time.” It also strengthens the importance of defining “communities of interest” when redistricting, while tightening loopholes created by prior vague definitions of the term. Some past efforts have given incumbents an inherent advantage by considering where they live when defining these communities.

The bill also takes important steps toward accounting for California’s multicultural makeup. Californians speak over 200 languages, and more than 40 percent speak a language other than English at home. In Kern County, where DHF does much of its work, a large Sikh community in Bakersfield has made Punjabi the third-most common spoken language.

“In the past, there were never any Punjabi translators at public redistricting meetings,” Garcia said. “Because of this law, there will now have to be translation assistance so that they can share their thoughts on the proposed maps. The Sikh community can now feel comfortable attending the meetings and have a tangible understanding of what the maps are saying, what the maps mean, and be able to make comments about them.”

DHF’s redistricting work has not stopped there. They are currently involved in the Kern Community College Redistricting campaign and are creating a “Roadmap to Redistricting Community Toolkit” to share steps and methods that others can follow to ensure fair representation.