In the Pursuit of Justice and Closure, Twenty Years Later 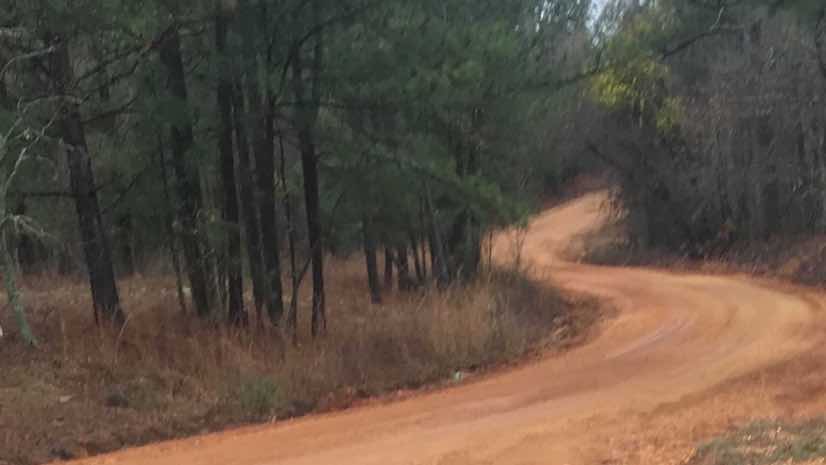 Twenty years later and Traci Pittman Kegley’s whereabouts, and the cause of her disappearance, remain a mystery.

But when a new investigative lead came in, investigators decided to conduct a large-scale coordinated search across a more than 300-acre property in rural Alabama with the hopes of finding the remains of a young mother who went missing on April 26, 1998. This lead prompted a focus on real-time geographic information system (GIS) technology to better support the investigation’s operational requirements.

On the day she vanished, Traci’s car was found abandoned on the side of Old Georgia Road outside Wetumpka, Ala., with her two-year-old daughter still inside and unharmed.

No witnesses ever came forward about the events that led to the young mother’s white Geo Storm being abandoned across from T&H Grocery with her child unattended. Traci’s personal belongings, including a purse and identification, remained behind.

The family and authorities assume foul play because she wouldn’t have left her daughter that way. Adding to this fear, witnesses reported an argument between the victim and unidentified persons at a gas station the afternoon prior to the car’s discovery, but no definitive clues ever surfaced.

In the hope of resolving the 20-year-old disappearance, crime investigators applied the real-time tracking capabilities of GIS to comprehensively search a 300-acre property.

When the new lead came in, law enforcement officers believed it was credible. They spent months planning to canvass an identified property and potential crime scene and relied on an unprecedented level of real-time mapping technology to orchestrate the efforts of personnel from more than 20 agencies. Many of the officers involved in the search were around at the time of the victim’s initial disappearance and remained eager to solve this case for the family and the community.

The mother of the missing woman, Linda Pittman, spoke to the local television news during the search, relaying the wish that everyone who cares about her missing daughter could see the technology being used to find evidence.

Initially, the size of the property and the time that had passed gave law enforcement some pause. However, the location of the property—near the abandoned car and the gas station where witnesses reported seeing the victim involved in an argument—proved too compelling not to pursue. The law enforcement objective was to find human remains, a key step in proving a crime and finding a culprit.

“The last thing we want is for the family to be victimized twice,” said Capt. Joe Herman of the Alabama Law Enforcement Agency (ALEA), the search commander on the case. “So, by not doing something that we should be doing, or by forgetting it and not doing anything, then I feel that the family becomes a victim a second time.”

Investigators obtained a search warrant issued after a circuit court judge found probable cause that a crime was committed and that items connected to the crime were likely to be found at the property. Next, Capt. Herman presented facts about the case to conferences of the Sheriff’s Association and the Alabama Association of Chiefs of Police. These briefings drew interest from local officers and from others across the state.

“There is a lot of mutual aid in Alabama,” Capt. Herman said. “So, if something bad happens, everybody pretty much comes to everybody’s aid. But something of this scale has never been done before.”

Investigators aspired to assemble more than 200 searchers to canvass this large property and ensure nothing was missed. They also reached out for a variety of other specialized capabilities including cadaver dog and handler teams trained in locating and recovering buried human remains.

In further preparation, Capt. Herman called authorities in nearby states to see if anyone had experience with a crime scene of a similar search size. He found that nobody had undertaken anything similar.

“Our search operations in Alabama are usually on a smaller scale,” said Ty Gober, retired battalion chief with Birmingham Fire & Rescue Service, and the coordinator for the ground search. “Normally we’re looking for Alzheimer’s patients that wander away from home or a lost child at a state park. This case required a gridded search over a large area.”

Next, Capt. Herman made a call to Alabama’s Fusion Center, a collaborative effort between local law enforcement and multiple federal agencies that provides resources, expertise, and information sharing capabilities with the goal of maximizing the ability to detect, prevent, apprehend, and respond to criminal and terrorist activity.

“Our initial involvement centered on gathering aerial imagery for when this incident took place and to show change over time,” said Jared Bostic, deputy Geographic Information Officer for the state of Alabama. “The more we learned about the investigation, and what the case agent was trying to achieve, the more we talked about using the real-time capabilities of GIS to track the search as it unfolded.”

The victim’s friends and family recall an outgoing and friendly young woman. They stand vigil on a Facebook page that monitors any new details about the case with regular reminders that, “somebody knows something” and “behind every missing person is a trail of broken hearts.”

With the new lead, investigators vowed to conduct a synchronized and thorough search that left nothing unturned on the property.

“We try to let the public know we never forget,” said District Attorney Randall V. Houston, who serves Elmore, Autauga and Chilton Counties in Alabama. “As long as there are leads to follow, we’re going to follow them.”

Part two of this story details the tools and methods that investigators applied to the search. Part three of this story speaks to the outcomes of the search. Learn more about the many ways that GIS supports public safety.