When Crisis Ensues, MapAction Volunteers Map the Road to Safety 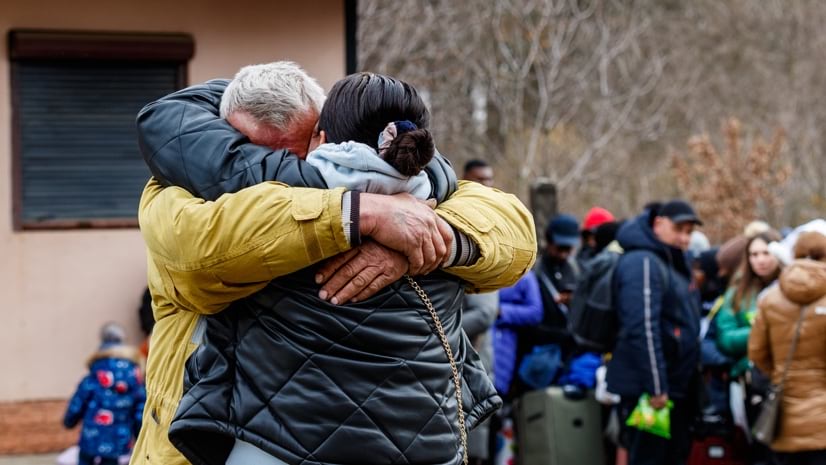 When the conflict in Ukraine began in February 2022, an exodus of more than five million people ensued. Crisis response organizations immediately mobilized to bring humanitarian aid to those who were displaced, most of them women and children. As the deadly campaign unfolded, staff and volunteers from nonprofit MapAction—all of them skilled in the use of geographic information system (GIS) technology—also deployed. For two months, they equipped response teams with digital maps and geographic analysis that helped guide efforts to save lives and reduce suffering.

In operation since 2002, MapAction dispatched GIS professionals to neighboring Poland within 24 hours of a request to support agencies involved in delivering humanitarian aid.

In their day jobs, MapAction volunteers use GIS to help governments, businesses, and other organizations maximize efficiency and improve decision-making. During a crisis, MapAction’s GIS professionals do the same, providing location intelligence products that create a common operating picture. This helps crisis response teams better understand and navigate unfamiliar territories and avoid duplication of effort.

“It’s a privilege to have been there in the early days of MapAction and I’m really impressed at the impact subsequent teams have made with it,” said Olivier Cottray, a founder of MapAction. “It was at the forefront of the sector now known as humanitarian GIS and has become a mainstay in humanitarian response. It’s impossible to quantify that impact. How many lives did the availability of an up-to-date map help to save? They are countless.”

“Essentially, what we’re trying to do is build a picture of what’s going on that we can share with the organizations responding,” said Jonny Douch, MapAction acting Emergency Operations director.

Civilian Life Is Upended under Conflict

Thousands of Ukrainians have died, and even more have been injured as the conflict progresses. Civilians have seen their homes and communities destroyed across a nation that approaches the size of Texas. By March 1, more than a half million people had crossed Ukraine’s border to escape. Most headed west.

“In addition to the grave situation inside Ukraine, hundreds of thousands are seeking refuge in neighboring countries,” said Filippo Grandi, head of the Office of the United Nations High Commissioner for Refugees (UNHCR), at a briefing for the United Nations Security Council. “They need safety and protection, first and foremost, but also shelter, food, hygiene, and other support; and they need it urgently.”

Women and children comprised 90 percent of the refugee population, UNHCR reported. They faced risks such as gender-based violence and sexual exploitation. Also vulnerable were senior adults, unaccompanied minors, and people with disabilities that made it difficult for them to escape from high-risk areas.

For a time, the displaced found themselves in obscurity, with aid organizations unable to account for their whereabouts or safety.

UNHCR’s initial goals included setting up and managing logistics, a necessary step for a coordinated response on behalf of refugees. The United Nations Office for the Coordination of Humanitarian Affairs (OCHA), one of the United Nations bodies involved in humanitarian response, has long worked with MapAction and asked for assistance for Ukraine. MapAction’s Emergency Operations director reached out to the 80 GIS professionals on the organization’s volunteer roster to see who was available to help.

“I got a phone call asking if we could send some people to Poland,” Douch said. “I sent an alert out by text to the volunteers, who then sign in and say what their availability is, or they phone me back.”

Early in crisis response planning, digital maps created with GIS technology can provide answers necessary to coordinate timely and well-executed interventions. GIS technology can integrate volumes of data about geographic regions, their populations, and human movement. Frequent updates to maps give response teams near real-time awareness of changing conditions. Equally important, maps created with GIS are easy to share, which is valuable when multiple organizations need to work in tandem.

When OCHA contacted MapAction’s operations director for help, eight staff and volunteers deployed, some of them almost immediately, heading to crisis response centers across Europe.

Gemma Davies, a former MapAction volunteer and now head of Geospatial Services, was among the first of MapAction’s team to arrive, assisting teams from the World Food Programme and other organizations as they staffed a logistics cluster from a hotel conference room in Krakow, Poland.

“It was about the speed that we were getting there,” Davies said. She and the volunteers helped with “a lot of that early decision-making where people have no maps and no context, and they needed to just sit down in a meeting with something in front of them. Because we were out early, we were able to get maps into people’s hands.”

After about 10 days in Krakow, the World Food Programme and other global relief organizations were mobilizing their own GIS teams to sustain operational awareness and collaboration. MapAction volunteers moved to other locations. Claire Byrne, a spatial data scientist with the Environmental Protection Agency in Ireland and a MapAction volunteer for more than 10 years, traveled to Moldova. She and Chris Jarvis, who also represented MapAction, assisted the International Federation of Red Cross and Red Crescent Societies (IFRC), which were working to support the Moldovan Red Cross.

“Since the start of the emergency, about 300,000 people crossed the border into Moldova,” Byrne said. “Around 98,000 had remained in Moldova, but only about 5 percent of those had stayed in reception centers. So the majority of them had gone to host families, but there wasn’t a clear, central picture of where they were and who they were with and what they needed and also what the host families needed.” 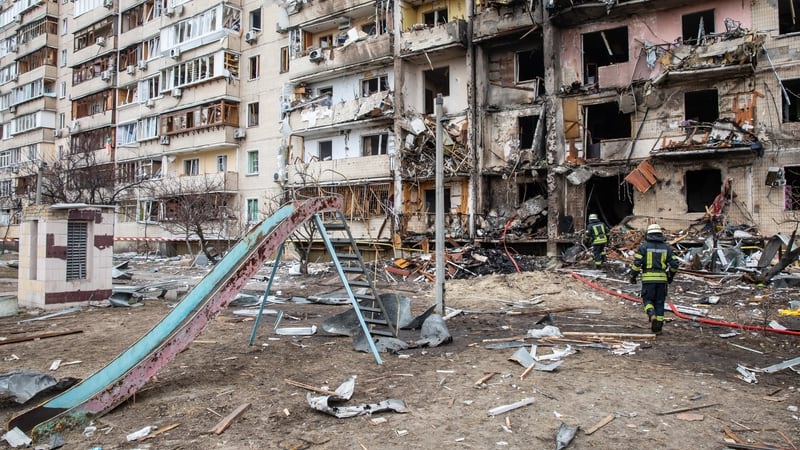 Maps and the ability to never be lost are taken for granted nowadays, but when a region's entire landscape has been turned upside down by catastrophe, it's incredible how quickly we realize the value of geographic information.

Relying on data management capabilities of GIS software, MapAction volunteers created a map of border crossings. UNHCR released a dashboard in mid-April that continues to provide border crossing data. Finally, the world had a way to understand the scale of the exodus.

Calculating the Value of Volunteer Support

MapAction concluded its two-month-long support efforts on April 5. Volunteers created more than 30 digital map products that conveyed the breadth and scale of the emergency. Volunteers also assisted with data and analysis, computer programming scripts, and other forms of support for more than 25 organizations.

“We had positive feedback from some of the NGOs [nongovernmental organizations] saying, ‘It made a massive difference having that context in our planning meeting,’” Davies said.

The displaced Ukrainians may never know that eight MapAction volunteers traveled far from home to mobilize on their behalf at a tragic time in Ukraine’s history. The volunteers serve for reasons other than recognition. Instead, they wanted to make a difference for tens of thousands of strangers who’d lost sight of the dream for peace that most of humanity clings to.

“We’re often there at the start of something, and then we’re gone,” said Byrne, “But the analysis and visualization products we provide during that emergency phase can be invaluable in shaping the humanitarian response.”

Learn more about how GIS is used in humanitarian assistance. If interested in volunteering, connect with MapAction.