US Navy Puts Tactical Tools to the Test 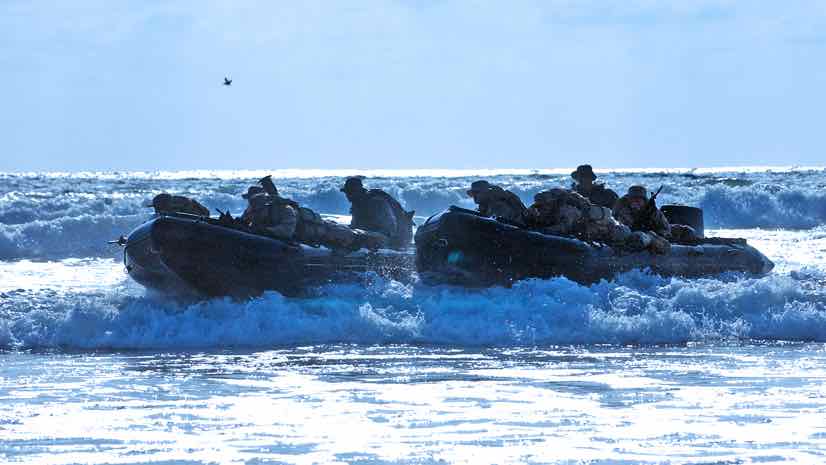 The US Navy’s annual Innovation Battle Lab, brings together more than 700 people from special operations, intelligence, and law enforcement to test and try the latest technologies in live combat-simulation scenarios. Over the course of two weeks, they run more than 250 experiments. The event is unique in how it flexibly addresses the needs of operational activities.

While this event has many pre-defined scenarios, it’s mostly about bringing together Operators, Analysts, and Technicians. Together these teams validate new gear and technologies—judging for effectiveness and applicability to operations.

“Part of the beauty of this is that we just don’t know what we’re going to get,” said the lead interoperability engineer. “We create a canvas where capabilities and people with great ideas can come together and make magic happen.”

The event mixes and matches technologies and outside technologists with “experiment to failure” as the mantra.

“They really try to push the limits,” said Jim Bennett, an Esri expert on naval special operations. “Push it until you break it. If you break it, let’s fix it and keep pushing it.”

The constant problem solving, the exposure to leading-edge technologies, and the mission-driven testing that clearly marks progress against objectives, make for eager participants at the event. The days go quickly, and the cycle of compiling lessons learned and preparing for the next Innovation Battle Lab continues year-round.

Military adages frame each operation. The five Ps, for example, remind teams that proper preparation prevents poor performance. In the collaborative and fast-paced environment of the Innovation Battle Lab, participants vet technology against such truisms, looking for better ways to collect, analyze, and share information in rapidly changing scenarios.

“The warfighter needs to know where they are and where the enemy is,” the lead interoperability engineer said. “Being able to get the right data to the right place at the right time is the bottom line.”

Understanding the “where” component requires an up-to-date map. To achieve this, participants set a pre-event priority of collecting high-resolution imagery and elevation data using a professional-grade drone to create a basemap within a geographic information system (GIS).

“We collected the drone data like a surveyor collects their data,” said William Shuart, GIS coordinator, drone operator, and professor at Virginia Commonwealth University. “This involves setting up in the right location, using a GPS unit to log precise location data, setting up ground control points, making flight plans with overlap, and collecting vantage points of objects from at least two different angles.”

“Drones have a specific job, to collect imagery,” Shuart said. “Because they’re so advanced, it allows us to get a really good picture of an entire landscape really quickly.”

The imagery was then processed using Drone2Map for ArcGIS, which automates the production of 2D and 3D imagery products to fuel rapid analysis and visualization. Specialized workflows guided the review of imagery captured in each flight.

“If you did all that stuff right and you have good GPS data, then you can get really good spatial accuracy,” Shuart said. “That’s really the goal, because we’re going to feed the orthophoto, the photo point cloud, and the 3D mesh into a GIS to bring it together with other data, create web scenes, and do advanced analytics.”

Sensors can be used to fill intelligence gaps—the known unknowns. The Innovation Battle Lab makes use of airborne and waterborne sensors that capture imagery or use radar and other wavelengths the human eye cannot detect.

A growing class of sensors are unattended ground sensors, which employ sensing modes such as seismic, acoustic, magnetic, and infrared to detect the presence of people or vehicles. These sensors detect and relay signals via radio frequency or satellite communications to personnel in the field and to a central command. Often the signals are displayed on a map to give geographic context.

Many on-the-ground sensors are deployed during the Innovation Battle Lab. To assist in tracking and managing these valuable and sometimes pricey assets, the team found a way to track the location and owner of each sensor.

“We set up a form to collect contact details and plot sensor placement on the map,” said Bennett. “Each sensor gets a barcode that can be scanned to reveal contact details. It also set in place a system to notify when and where sensors are deployed and recovered.”

Another high-priority pre-event activity involved laying the groundwork to get all sensors and other technology speaking the same language.

An integrated sensor architecture modernizes traditional stove-piped integration approaches. The design, based on the principles of service-oriented and open architectures, addresses integration without requiring users to customize interfaces for specific sensors or systems.

The resulting data layer pulls together all sensor feeds into one service for easy integration within GIS and other technologies. The result is a plug-and-play design to support interoperability across all the technologies.

While details of the scenarios are classified, the spirit of the event is open. Because of the pre-work to integrate technologies from more than 50 participating companies, teams are able to test and try interoperable solutions.

“The goal is for a capability like ArcGIS to just tap off the sensor data spigot and get access to everything without having to go after dedicated point-to-point integration with every single sensor,” the lead interoperability engineer said. “There’s barely enough time to shake everybody’s hand let alone build interfaces to each other’s technology.”

Read part 2 about integrating technologies into a common operational picture and part 3 for details on the mission to reduce the warfighter’s cognitive load. Learn how GIS is being applied to national security.

Image courtesy of the U.S. Navy. 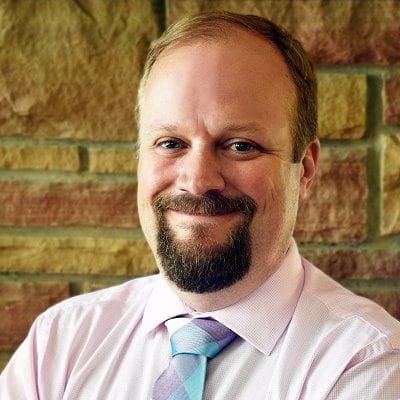