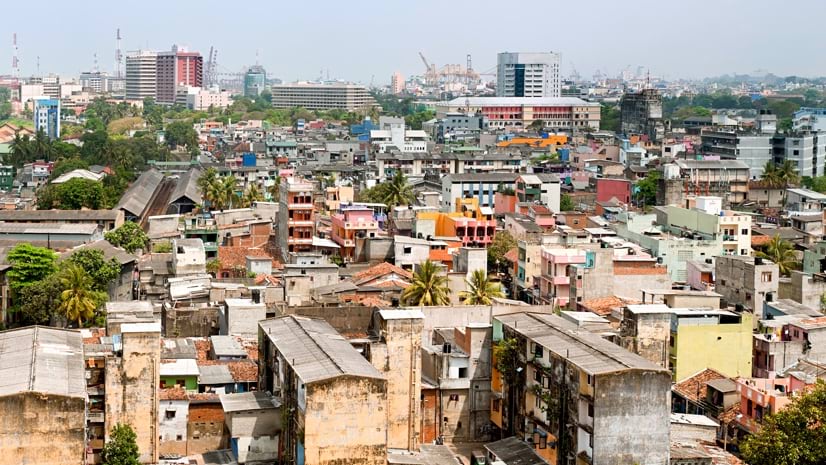 While large-scale patterns in human migration can tell us why people leave home and where they go, data about what happens next is notoriously poor. The Royal Geographical Society (with the Institute of British Geographers) (RGS-IBG) set out to fill in knowledge gaps about migrants’ lives after they move. The insights are contained in a five-year field research study with partners in Colombo, Sri Lanka; Dhaka, Bangladesh; Harare, Zimbabwe; and Hargeisa, Somaliland. The knowledge researchers gathered using a geographic approach will be key to informing initiatives that support the sustainable integration of new migrants into urban communities.

As of 2008, for the first time, more than half of the world’s population lives in urban areas. That number is expected to rise to nearly 70 percent by 2050—growth fueled largely by migration from rural areas, as more people leave crisis-afflicted and climate-pressured areas in search of safety and economic opportunity. Despite this trend, however, many global cities lack policies and infrastructure to support an influx of new residents.

Colombo, Sri Lanka, experiences significant in-migration from rural areas, according to the results of the RGS project Migrants on the Margins. Over 50 percent of Colombo’s population lives in underserved settlements, the study reports, and migration and displacement are a particular challenge in these under resourced communities.

“Research into migration in response to conflict or disasters highlights the fact that since people expect the situation at home to improve, they also expect to return,” said Michael Collyer, professor of geography at the University of Sussex and principal investigator of the study. But Colombo’s census data suggests that migrants more often stay within the metro area, largely in poorly resourced, low-income neighborhoods.

Colombo is uniquely influenced by its geography. The coastal capital of an island nation, its location on the Indian Ocean cemented its status as the region’s largest port centuries ago. The metro area accounts for nearly 50 percent of the nation’s gross domestic product (GDP). For rural Sri Lankans leaving home, the city’s prosperity promises jobs and income.

But Colombo’s waterfront setting also means that its streets sit near sea level, intertwined with offshoots of the neighboring Kelani River—as a result, they are prone to flooding. Comparing satellite imagery of the city taken over the past few decades, the RGS team saw significant growth of migrant communities in some of the highest-risk flood plains where local regulations typically prevent construction.

“In some of these settlements, there was an initial plan for formal development,” said Sakeena Alikhan, a researcher and GIS specialist at the Sri Lanka-based nonprofit Centre for Migration Research and Development (CMRD). “But the city found illegal encroachment near the riverbanks and canals, so it stopped building and people started to settle there informally.”

The satellite imagery shows one case where land was cleared for construction, but then was quickly covered by informal settlements. “You see communities infilling near the water, and you get a sense of the precarity of these environments,” said Catherine Souch, head of research and higher education at RGS. Annual floods can leave swaths of these settlements in disrepair, forcing residents to relocate and preventing them from establishing permanent homes.

“There is a temporary nature to these neighborhoods,” said Danesh Jayatilaka, research team chairman at CMRD. “People can’t get their feet on the ground and then can’t afford to move to a safer area or leave the city.”

Mapping a Lack of Local Resources

The informal origins of Colombo’s migrant settlements have impacts beyond housing security. Businesses and city services are usually underdeveloped, with neighborhoods lacking critical infrastructure like water supply and sewage, community institutions like churches and schools, and public places like government offices and police stations.

Working with GIS data from the Survey Department of Sri Lanka, the team created digital maps of several settlements in Colombo. “The GIS tools helped us document what kinds of resources these areas have,” Alikhan said. “The maps illustrate how specific communities access basic services, and whether people need to visit other areas for necessities.”

The resource maps showed a wide gap in services, largely depending on the settlement’s geographic proximity to more developed neighborhoods. For example, Sammanthranapura—a small, dense community with a population of approximately 10,000 people—offers residents a public library, a police station, and two religious centers. Sammanthranapura is also bounded on the north and west by flood-prone waterways that limit connectivity to other parts of the city, and borders only one other neighborhood by land. A settlement in Colombo’s Kirulapana suburb, however, is within reach of public transit, government buildings, schools, and a waste disposal facility.

The team noted that physical access to resources, while important to document for conversations with policymakers, was not always an indicator that migrant communities had stable housing and opportunity for social mobility. Rather, the research points to inclusion in social and political protections as being key to better outcomes.

“We’ve shown that these populations live, not necessarily on the geographical margins of cities, but on the margins in an economic, political, and social sense,” Collyer said. “Some of these communities are actually right in the center of cities, and yet they are excluded from systems like tenants’ rights and fair wages, and so people there become trapped.”

In addition to exploring the regional and local geographies of Colombo’s migrant communities, the research team set out to learn more about migrants’ own experiences moving into and within the city. The team used a novel personal mapping method to interview residents of informal settlements, filming individuals as they drew a map of their migration journey. Then, some of the drawings were transferred to GIS.

The personal maps revealed that people often moved between several informal living situations in pursuit of stable housing and income. “We learned that, while many of these individuals first left home as teenagers, it would take nearly 30 years for them to settle in one place,” Alikhan said. While job changes and family needs were cited as reasons for relocating, many interviewees also reported moves resulting from forced evictions.

The researchers found that such evictions had a lasting, negative impact on migrants’ physical and social mobility. Physically, as evidenced in interviews and personal mapping exercises, evictions set individuals back as they relocated from one informal settlement—where they had established an income source and a support system—to another. Socially, the study introduces the idea of “evictability”—the fear of eviction, which contributes to individuals’ reluctance to invest in their home and participate in local politics.

Ultimately, Souch said, “Giving people security in a place to live is absolutely core and fundamental to their life chances once they’ve moved.”

Migrants on the Margins provides insight into how governments can sustainably support migrant communities after people arrive in cities. Existing policies in Colombo, and the other cities the project visited, approach migration as a problem to be addressed. Efforts in Sri Lanka have previously sought to reduce migration, and recently an urban regeneration program has aimed to remove settlements and rehouse residents in high-rise apartments.

“Root causes for people leaving home are very difficult to deal with; they include long-term problems such as war, conflict, political instability, or climate change,” Collyer said. And, Jayatilaka said, “It makes sense on paper to put people in apartments; it’s safe, more solid, and doesn’t have floods. But you take people away from their world—they have lives in these communities, and that is lost and changed when they have to move.”

One of the study’s key findings centered around individual invisibility versus collective visibility—how worries of eviction prevent individuals from seeking recognition in their community, while migrant communities as a whole face public scrutiny. This leaves migrant voices out of policy and planning discussions, the study found, and results in policies that harm migrants and migrant communities. The critical next step of this research is to open lines of communication for mutual understanding between migrant communities and their neighboring formal settlements.

Since the study’s release, the team has held exhibitions and workshops with policy makers, leveraging the imagery and maps to communicate and provide visual evidence of migrants’ lived experiences in Colombo’s informal settlements. “A map can be read by anyone,” Alikhan said. “These maps give citizens and governments a common reference point to communicate not only about geographical features or physical infrastructure, but also people’s connections to each other and to their environment.”

Learn more about the Migrants on the Margins project and how GIS helps organizations deliver effective humanitarian assistance.