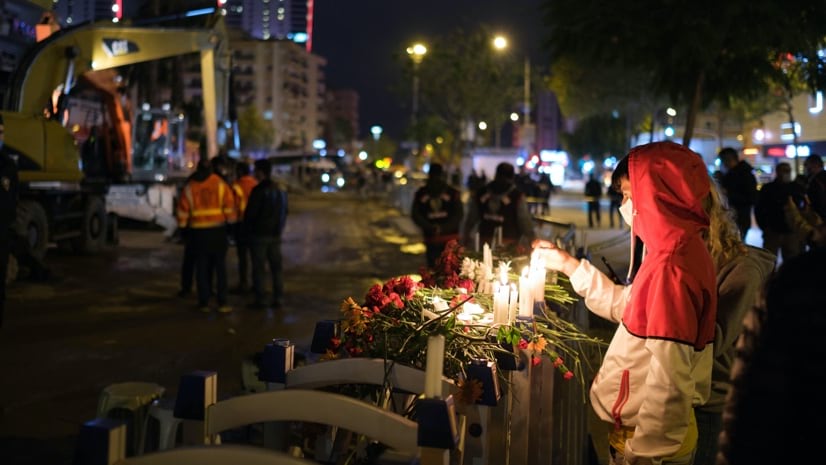 Needs Map created an interactive humanitarian platform that connects people in need with the individuals or institutions that wish to help.

When a 7.0 magnitude earthquake hit Izmir, Turkey, on October 30, 2020, hundreds of people were left homeless just as freezing winter months were arriving. To help victims find warm places to stay while they rebuild their lives, a group called Ihtiyac Haritasi (Needs Map) created a housing aid web application as part of its Bir Kira Bir Yuva (One Rent One Home) campaign.

“It was a mass individual giving campaign,” said Ali Ercan Özgür, one of the two co-founders of Needs Map and a director of IDEMA, an international development management consultancy. “Even people who couldn’t give, would share it on social media.”

Many donors opened vacant summer vacation homes, offering them free for six months. The city quickly verified ownership, inspected each home, and then helped displaced residents move in. Other donors provided rent support or goods and services. One donor, recalling how he had spent three months in a tent after the devastating Istanbul earthquakes of 1999, made a substantial donation, vowing that nobody should have to live that way now. Many other donors found other ways to give.

“Some musicians, theaters, and restaurants saw the campaign and got inspired to organize their own donation campaigns,” said Ahmet Batat, general coordinator, Needs Map. “A restaurant would send what they earned for a day. Musicians made a concert for their followers. Many small events all over Turkey were sending support for the Izmir campaign.”

Özgür and others from the Needs Map team worked with the Izmir mayor’s office to collect information from each victim. Within one week, Needs Map collected data from more than 8,400 displaced families. The organization was able to provide rent support for 4,643 people, and it distributed access to 230 shared homes. It also raised more than 40 million Turkish lira, equivalent to roughly US$5.7 million.

“Nowadays there is a lack of trust between people due to politics, but normally we don’t live like that,” said Esra Arslan, who sits on the Needs Map board of directors and works on business development and marketing. “When you give people a trustful platform and they know the need and the supporters are real, they take action.”

The other cofounder of Needs Map is Mert Firat, the popular Turkish actor and screenwriter, who is also the country’s first United Nations Development Programme (UNDP) goodwill ambassador.

“Five years ago, I was working on socioeconomic mapping and I met up with Mert,” Özgür said. “He had the idea of a web page that lists needs and I had the idea of doing a map of goods and services. We combined our ideas and came up with Needs Map.” 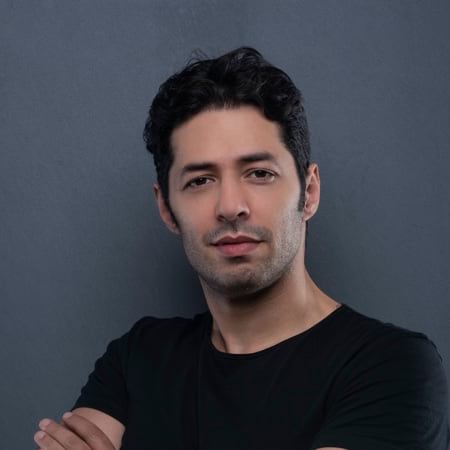 Thinking with a map gives us a bird's-eye view. It enables us to create systems with an added spatial relationship, where the needy and supporters in the same neighborhood can identify and locate each other. We can think with maps and use them in all areas of civil society to add value; making spatial dimension a big part of the solution in recognizing and addressing the real needs of Turkey.

Stemming from the teachings of Anatolian culture, social solidarity is deeply rooted in Turkey. At the outset, Needs Map aimed to digitize the solidarity culture with a system that allows everyone to provide support in line with what they have to give. The group was created as a social cooperative, a European business model designated for the delivery of social and public services. The concept included reaching out to people who have emigrated from a country with a low- or middle-income economy and connecting them to people in their home country, using local markets to help them meet material needs.

“The dream was that a person who once lived in Ghana and was now living in New York City would help others through a shop that’s located in Ghana,” Özgür said. “We are keeping it in Turkey for the moment, but it can work everywhere.”

To achieve the social marketplace concept, Needs Map partnered with MasterCard Turkey and created an online platform for local giving. People can purchase goods for those in need by shopping with local merchants thus also contributing to the local economy and helping small business owners who struggle after a disaster.

Seeing the Response on a Map

Needs Map has been in operation for five years, successfully raising funds for disaster victims. The group’s Hand to Hand campaign during the COVID-19 pandemic has resulted in the distribution of more than 7,000 food and hygiene packages in 20 Turkish cities. However, response to the Izmir earthquake provided the organization with a breakout moment.

“Celebrities shared One Rent One Home on their social media accounts, and it took off,” Özgür said. “We never had this support before.”

In designing the mapping site, the Needs Map team initially met with Esri Turkey and outlined 30 different ideas for maps to make a difference.

“When we told them about maps to increase solidarity and social development, they were really amazed,” Arslan said. “They responded that this is a very creative and visionary way of mapping.”

In the wake of the Izmir disaster, the team worked with Esri Turkey using geographic information system (GIS) technology. They accessed ArcGIS Online to share and use existing maps, created housing workflows with ArcGIS Survey123 forms, and uploaded data collected in the field to ArcGIS Dashboards app to reports progress to the Izmir municipality and the public.

“We spent 48 hours—with only a few hours of sleep—developing the map with Esri Turkey in Ankara, our team in Istanbul, and our team in Izmir,” Batat said. “When we established the disaster recovery platform all the stakeholders, including the mayor of Izmir, were surprised. The day before, there wasn’t anything, and now we had a place for people to make donations and send their support.”

The idea of connecting donors directly to people in the community quickly caught on, meeting the urgent demand of the moment.

“Whenever anyone signs in, the first place they look is their hometown,” Arslan said. “This is a strong feeling with people—they look to help people around them.”

An outpouring of support came from a broad range of people.

“One nine-year-old girl prepared bracelets to sell, and she sent us a social media message, asking how she could send a donation to the campaign,” Batat said. “We asked to speak to her parents, but first she insisted we tell them she could help. People of every age from 7 to 70 were joining the campaign.”

The money that came in was immediately used to procure supplies, which the volunteers delivered. They distributed 4 million COVID-19 protection packages, 2 million hygiene packages, 400,000 kitchen kits, 11,000 food parcels, and 10,000 blankets and sleeping bags.

During the Izmir earthquake recovery effort, more than 1,000 Needs Map volunteers and administrators had access to ArcGIS Online maps, apps, and surveys. The team created an earthquake map to record the locations of damaged buildings and to communicate where victims could find aid. A needs form was used to collect data on the number of affected women, men, and children along with details of their urgent requirements.

The Needs Map team deployed ArcGIS Workforce to determine the real-time locations and status of volunteers in the field, and to dispatch them to the right locations. The field tools were used to make damage assessments, and a dashboard monitored the status of each field team.

Read more about how GIS helps deliver aid to those in need.

“We have the ability now to produce Needs Maps with food, agriculture, and other basemaps to describe projects we are developing with different needs stakeholders,” Özgür said. “The platform is evolving as an earthquake portal, a volunteer portal, and an urban and social needs portal.”

Those who have worked at Needs Map from the start say it’s gratifying to see their work come so far. While there has always been strong public interest in the project, the prior online product didn’t have the robust capabilities that the current one has.

“With the Esri integration and the social marketplace, we’re close to realizing the vision of what we dreamed of for Needs Map,” Arslan said. “We have reached most of our goals in Turkey, but the overall goal is to take this tradition of solidarity to a global audience.”

While they plan on expanding their outreach around the world, the Needs Map team has plenty to keep them busy at home.

“This effort has inspired other cities in Turkey,” Özgür said. “Everyone is asking us to develop something for them now.”