The Trust for Public Land provides location intelligence and analyzes social and environmental factors to make the case for parks and open space for people who need them most.

As the locus of most economic activity and greenhouse gas emissions, cities around the world face the escalating challenge of understanding and managing climate change. Cities are home to half the world’s population, and as urbanization increases so too will climate risk. This makes urban strategies to curb emissions all the more critical. Many of these strategies are being built around location-specific insight from data-driven maps and spatial analysis, using a geographic information system (GIS).

While cities stand out as primary contributors to climate issues, they are also the biggest victims of climate change. Most lie near coastlines or inland waters, putting them in immediate danger from rising sea levels and extreme weather events.

Taking a more granular view, climate vulnerability across cities is unevenly distributed. Low-income communities suffer more than others, often for deeply rooted historical reasons. As the crisis intensifies, these urban climate inequities will too.

Leaders in many major US cities are approaching climate risk and social equity issues by rethinking public parks, guided by GIS maps. To that end, the Trust for Public Land (TPL)—a San Francisco-based nonprofit that advocates for the creation of parks and preservation of greenspaces—has partnered with governments in Boston, Los Angeles, New York, Denver, and other US cities. Ten years ago, TPL launched its Climate-Smart Cities program which addresses unique climate-related problems in urban areas.

TPL staff use GIS maps to, for instance, identify which communities are underserved by parks or identify how many people within a city are able to reach a park within a 10-minute walk.

The Climate Crisis and the Crescent City

Just a few years into recovery from Hurricane Katrina, New Orleans became one of the first TPL Climate Smart Cities partnerships. Causing more than 1,800 deaths and $125 billion in damage, Katrina was a harbinger of the disruptive weather events that would increase with climate change.

As the city prioritized improving climate resilience, TPL facilitated the creation of “green schoolyards,” replacing concrete surfaces prone to flooding with gardens of native plants that absorb rainfall and runoff. Several other interventions, including wetlands restoration and stormwater catchment basins, also addressed flood concerns while increasing open space access for neighborhoods that did not previously have it.

“We tailor our work based on a city’s biggest challenges and goals,” said Taj Schottland, The Trust for Public Land’s senior climate program manager. “For a city like New Orleans, it’s no surprise that the emphasis would be on flooding and absorbing runoff. In other cities, sometimes it’s transportation or urban heat islands that emerge as the major priority.”

These tools help communities to understand risks, but also guide local action. In New Orleans, “whenever someone proposes a green infrastructure project, the City requires the applicants to use our decision-support tool to justify why they want to do it in a given location,” Schottland explained.

The paradox cities face in the age of climate change is that they are, as the United Nations put it, both “the cause of and the solution to” this existential crisis. Even as they compound the problem, cities embody many of the best solutions.

For example, density can promote sustainability. Research suggests that if the US were to take moderate steps toward promoting housing density and improving transit, by 2030 the country could cut its emissions by a third.

The goal of the Climate Smart Cities program, run by The Trust for Public Land (TPL), is to help cities manage the effects of climate change through targeted green infrastructure projects. TPL recently expanded its climate-related activities to help cities understand the part they can play in alleviating the root cause of the climate crisis.

“We’re working with a host of cities, Colorado State University and other researchers to quantify carbon capture by urban green spaces, and then model how different nature-based interventions can increase active carbon capture,” said Taj Schottland, TPL’s senior climate program manager. “This work is groundbreaking and has the potential to transform our understanding of the role re-greening our cities can play in the climate crisis.”

Intense media coverage of Hurricane Katrina highlighted the equity component of natural disasters—who is impacted more than others, and how those affected are treated in the disaster’s aftermath.

New Orleans’ Black residents, faced with disproportionate poverty rates, were less likely to have a means of escaping the city. In the most symbolically stark example, evacuees were prevented by police from walking over the Mississippi River bridge that connects New Orleans with the much whiter town of Gretna.

In the ensuing years, environmental justice—the equal treatment and involvement of all people in environmental decision making—has become more mainstream.

“We were able to show the city the census blocks, and the data relating to the census blocks, overlaid with heat islands,” Schottland said. “Low-income residents who live in hotter neighborhoods with less tree canopy are less likely to have the resources to pay for air conditioning—or they may be more likely to work outside instead of having an air-conditioned office job. So we want to direct city investments to these neighborhoods and protect those who are experiencing extreme heat.”

As our society has come to understand the need to tackle social inequity and the climate crisis, TPL staff have refined their approach. As TPL builds new GIS-based tools and creates new parks, the staff help cities guard against unintended consequences of neighborhood improvement. New green infrastructure like parks, gardens, and playgrounds can make a neighborhood more desirable, a process researchers call “environmental gentrification.”

“There are examples of green space being created in a neighborhood and people being displaced,” Miller said. “During planning and project implementation, it is critical we engage community partners to understand gentrification or displacement concerns and bring those concerns into our park development process.”

The Climate-Smart Cities tool provides a way, in effect, to knit together TPL’s three pillars of parkland value—health, equity, and climate—into a more expansive view of the modern city.

“The program has always had an equity lens, but our thinking about what equity itself means has evolved and continues to evolve,” Miller said. “When it began, we were thinking more in terms of  physical access, like who is without air conditioning or those who can’t walk to a park within 10-minutes of where they live. Now we can also examine other issues related to equity, like access to information and decision making.”

This evolution continues in another national tool developed by TPL, the ParkScore Index. This index quantifies how well the 100 largest US cities are providing communities with park resources. Cities are awarded points based on analysis of four important characteristics of an effective park system: acreage, investment, amenities, and access. This year ParkScore will add a fifth characteristic, equity, to better assess how park systems are providing equitable access to the health, climate, and community-building benefits of parks and greenspace.

In January, as one of his first acts in office, President Joe Biden signed a sweeping executive order outlining several directives related to the climate crisis. Among them was a pledge to conserve 30 percent of the country’s land and waters by 2030. Several countries and the state of California have set similar goals, a movement broadly known as 30×30.

The idea conjures images of wilderness areas far from the city, pristine realms unsullied by humans. As environmental science has developed in recent years, however, experts no longer consider this an optimum way to approach conversation on a large scale.

The indigenous history of land in the US—and much of the world—reveals a more fluid boundary between nature and humanity. With that in mind, the Biden administration has pledged to work with rural officials and tribal leaders. They will aim to link disparate swathes into larger expanses, furthering the 30×30 effort while respecting the sovereignty of tribes to hunt, fish, and gather on their land.

The Center for American Progress has argued that 30×30 plans should expand access to nature. Their report, “The Nature Gap,” found people of color are more likely than white people to live in nature-deprived areas, and low-income communities more likely to experience nature deprivation.

Jen Van Deusen leads the Sustainable Development Industry Solutions team at Esri. She is focused on the Sustainable Development Goals (SDGs), and telling and sharing the stories of community stakeholders who are applying GIS to achieve the SDGs. Jen’s background combines business, nonprofit leadership, and cross-sector collaboration in applying technology to achieve sustainable development in the infrastructure/AEC space, with efforts ranging from energy renewables and optimization for AEC, sustainable infrastructure in small island developing states (SIDS), to clean water access in developing communities. She has lived/worked internationally, and, as an alum of Brown University and IE University, also works with these institutions to partner with nonprofits and for-profit entrepreneurs to achieve positive impact in under-served communities in Ethiopia.

ParkServe is a new interactive platform from The Trust for Public Land (TPL) that park planners, city officials, and park advocates can use to... 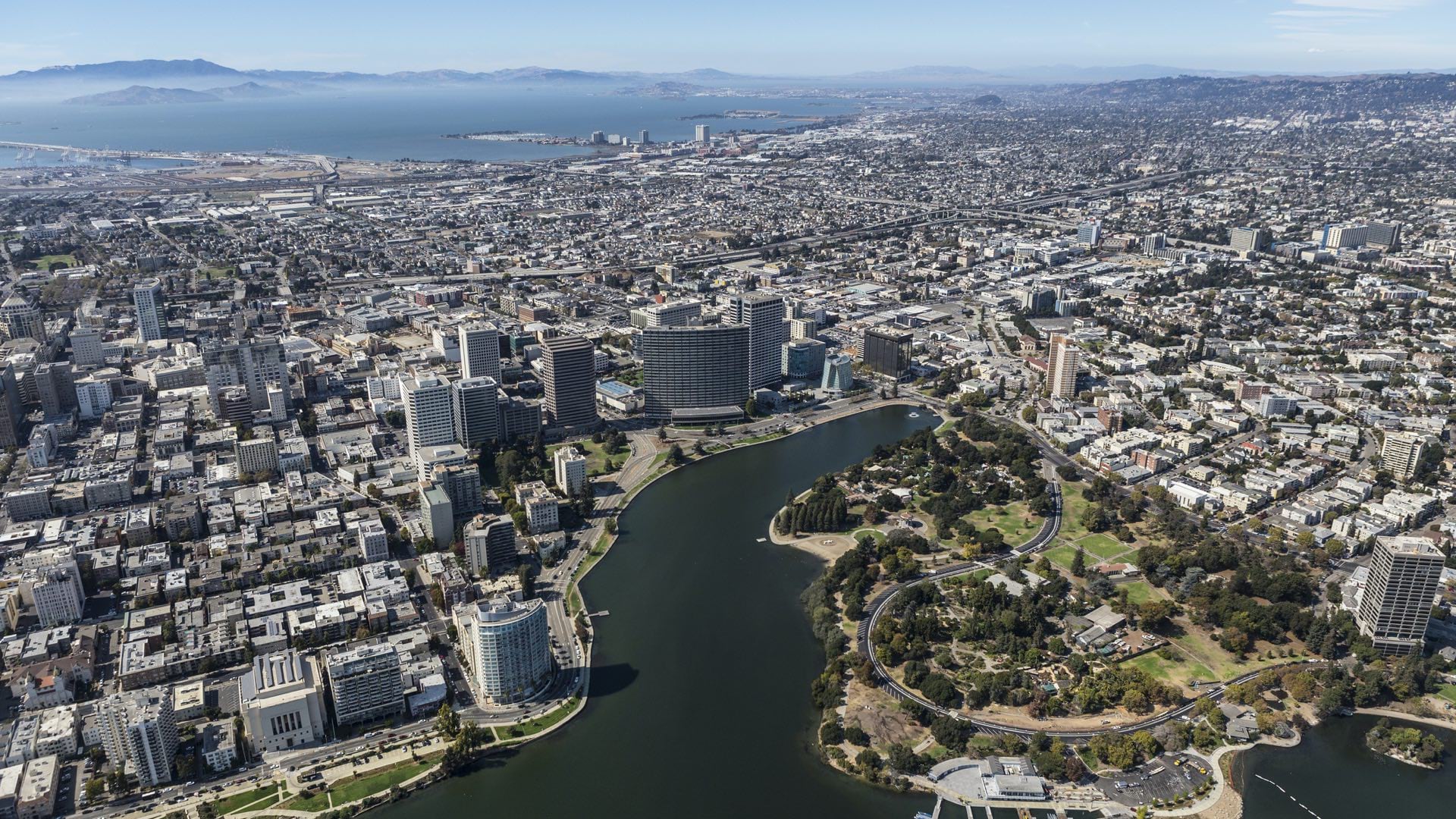 With a rich history in civic activism, Oakland now uses a geographic lens to expose and address ongoing racial inequities. 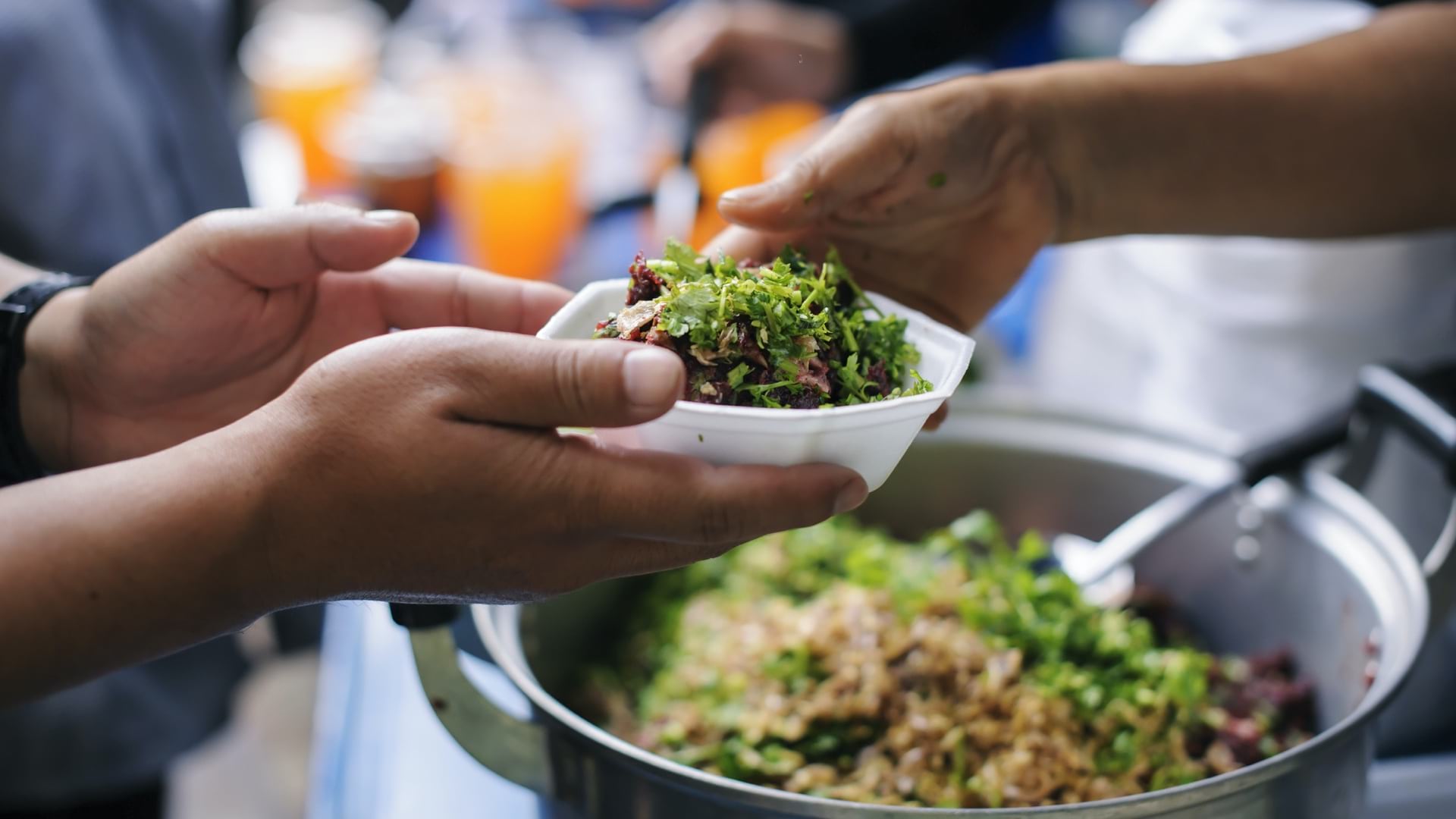 Location Intelligence Empowers Aid Organizations to Act as One