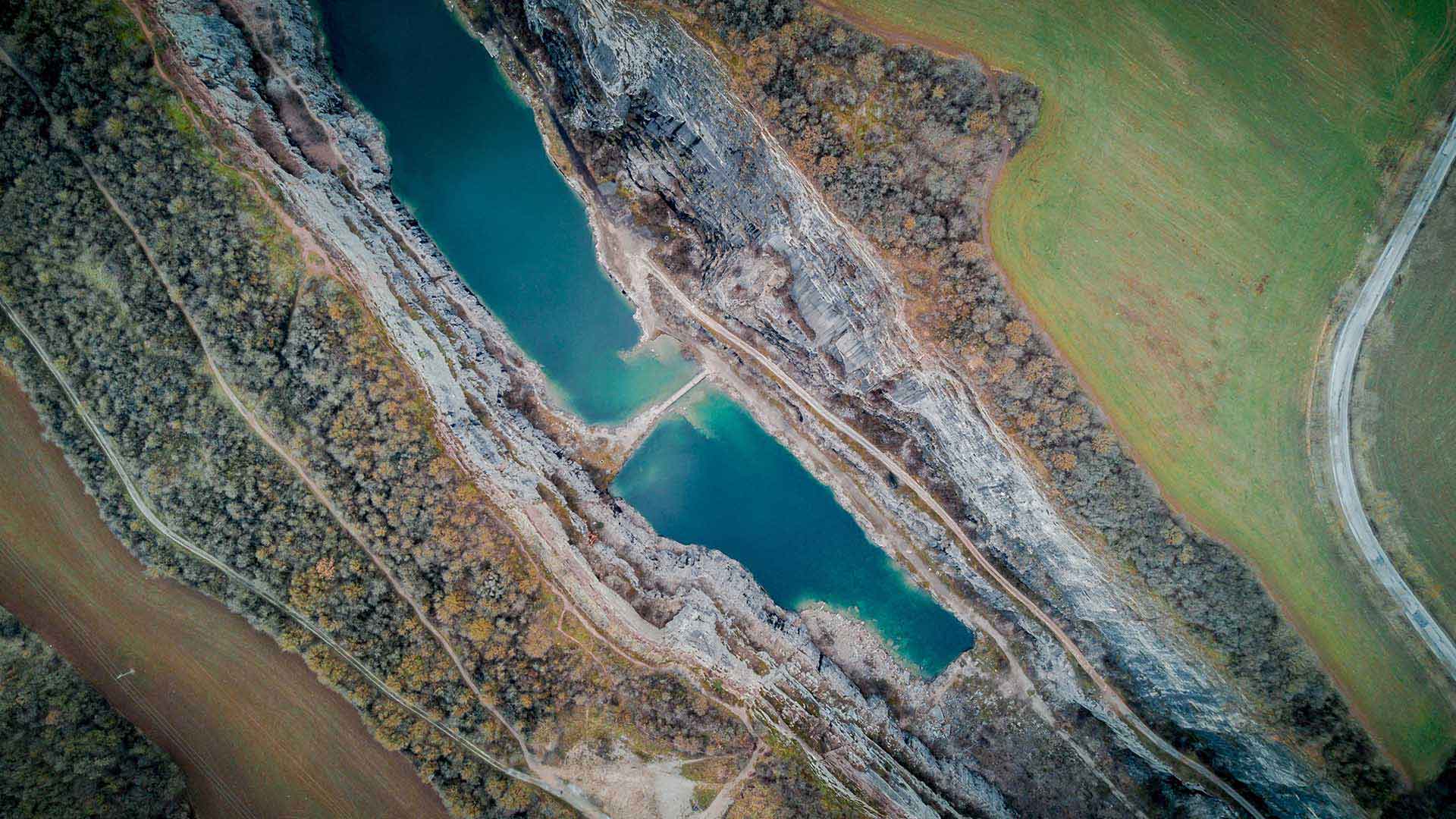 At the start of 2022, executives across the natural resources sector already had one generational ambition on their hands: achieving net-zero status in a sector that generates half of the world’s carbon emissions. International giants in oil, gas, and mining had set themselves the task of hitting net-zero greenhouse gas (GHG) emissions by 2050.

Article snapshot: As colossal forces of sustainability and regionalism upend the natural resources sector, smart executives turn to a form of location intelligence for visibility into global supply chains—and weigh scenarios that will affect the long-term health of their businesses.

Then, in February, the Russia-Ukraine conflict erupted, setting off massive ripple effects across global politics and markets. Suddenly, business leaders in energy, agriculture, mining, and forestry found themselves navigating a pair of interconnected crises nearly unprecedented in intricacy and magnitude.

These twin challenges have proved so complex, executives can’t effectively plan responses without a framework and technologies that clarify what’s at stake and how those actions might play out. Savvy CEOs and COOs are finding that a geographic approach provides stronger operational awareness and valuable what-if scenario planning. The foundational technology for such an approach, a modern geographic information system (GIS), absorbs huge volumes of data and helps make sense of its meaning.

With business insights provided by a GIS—known as location intelligence—executives gain visibility into sprawling, often opaque global operations amidst geopolitical upheaval. They can simulate the business implications of alternative supply chains and chart the impacts on ecosystems, natural resources, and GHG emissions.

A geographic approach empowers executives to craft real-time responses to the war dominating today’s headlines, while simultaneously pursuing sustainability goals that will ensure business continuity in the long term. 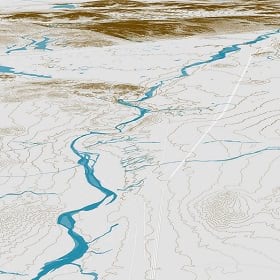 The End of Globalization for Natural Resource Companies?

The Russia-Ukraine conflict is now central to decision-making for many natural resource executives because the region is a linchpin of the commodities trade.

Ukraine, known as the “breadbasket of Europe,” is a major source of wheat, barley, corn, and rye. Global companies have been drawn to vast petrochemical reservoirs in Russia, which is the world’s third-largest oil supplier and provides almost half of Europe’s natural gas. Both Russia and Ukraine are important sources of metals, and Russia is among the world’s major producers and exporters of lumber.

A raft of global companies have pulled out of Russia following the invasion of Ukraine, motivated by ethical considerations, economic sanctions, and reputational risks. These divestments—coming on top of COVID-19-induced supply chain headaches and a general surge of economic nationalism—are spurring an embrace of regionalism, in which governments and companies are limiting trade to geographic allies.

In a recent letter to shareholders, Larry Fink, CEO of the world’s biggest money manager, BlackRock, predicted an end to the globalization that has fueled the world economy for the last three decades.

For natural resource executives who oversee international assets and infrastructure, the world map for business suddenly looks very different than it did even a few months ago. Companies may need to plan out new areas for mines, oil projects, and renewable energy sites, and seek shipping lanes that will reach customers without the threat of cross-border instability.

Before C-suite leaders convene a board meeting or spend a dollar, they can anticipate impacts to their bottom line and their net-zero ambitions using GIS-powered dashboards. By applying predictive analytics to maps of company assets and supply lines, decision-makers can generate hundreds of scenarios with varying outcomes for costs, shipping times, geopolitical exposure, and GHG emissions.

The future may be unknowable, but location intelligence can help leaders streamline data to identify the most likely or advantageous scenarios. 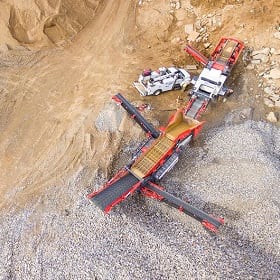 In a time of complexity and confusion—stoked by a rethinking of supply chains and aggressive net-zero goals—executives are looking for tools that give clarity.

In certain ways, the rise of regionalism can be a driver for sustainability. Companies like BP and Royal Dutch Shell were already in the process of selling off oil fields and investing billions in renewable energy. As US and European leaders look for ways to wean themselves off Russian-based oil and gas resources, demand is accelerating for wind and solar farms and nuclear reactors located within domestic or allied territories.

These cleaner sources of energy will help companies achieve multiple aims, increasing geopolitical and business resiliency while reducing environmental impacts. As global conflict builds momentum for renewable, regional energy, GIS will be a vital tool for siting new projects, mitigating their impacts on ecosystems and biodiversity, and managing assets throughout their life cycles.

Location intelligence has helped one of the world’s largest offshore wind energy developers site turbines while being mindful of bird migration patterns, shipping lanes, and connections to the grid. Smart maps help forestry executives gauge new sources of lumber with an eye to data on endangered species. The same maps can inform clients that timber is not sourced from a country of origin that could pose political or reputational risks.

Finding Solutions in an Interconnected Picture

2) The ability to scenario plan major (or minor) changes to a business—including the design of its supply chain, the countries from which it extracts resources, the customers to whom it sells, the net-zero ramifications of its operations, and more.

The road to this greener and geopolitically safer future for natural resource companies is far from straight. In the short term, oil and gas companies are facing spiking demand in response to sanctions on Russia. Meanwhile, miners are under pressure to find new sources of copper, nickel, cobalt, and other metals needed for rechargeable batteries, even as some environmentalists raise alarms.

Even the decision to suspend sales and operations in Russia, a choice companies from Apple to McDonald’s have made, is not necessarily clear-cut for every organization. Leaders of agricultural firms may not want to give the appearance of ignoring Russian aggression, but some executives argue that closing down operations in the country could exacerbate global food shortages.

The volatile conditions of the moment accentuate the trade-offs that come with every decision. To make the right call from the boardroom, business leaders need a view of operations that integrates all pertinent data layers, from population levels to the layout of partner networks to satellite images of wheat fields or project sites.

With the aid of location intelligence, executives can manage a portfolio of holdings, risks, and growth opportunities through a feature-rich dashboard. Such visibility into the complex interconnectedness of the world helps C-suite leaders discern patterns in the data that lead to innovative solutions.

How Executives Can Plan in Decades

In one of many challenges facing energy executives, President Biden is calling on American petroleum companies to kick-start operations on 9,000 approved but unused permits on federal lands in an effort to alleviate rising oil prices. Decision-makers must balance these calls against future demand and their net-zero pledges.

Energy executives could use GIS analysis to gauge which wells might produce most quickly, interlacing data on nearby infrastructure, distance from roads, and environmental and safety regulations.

A similar kind of spatial analysis can drive sustainable outcomes as well. By integrating metrics on emissions and production, planners can locate and retire their least-productive and highest-GHG-producing wells.

In mining, the decisions that C-suite leaders make today will determine whether they meet demand in 2040, as a new mine can take a decade or two to build. As decision-makers explore new sources of minerals to make batteries, solar panels, and wind turbines, they’ll give extra consideration to areas of the world that could present higher business risk.

With GIS, executives can combine and analyze data on geopolitical factors, geologic variables, and environmental regulations with hyperspectral imagery—a form of remote sensing that can identify minerals—to guide exploration and manage mines throughout their life cycles. As leaders look for ways to satisfy multiple stakeholders, a geographic approach helps illuminate possibilities others might not see. 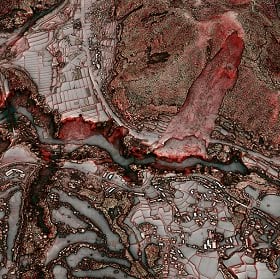 Natural resource companies must be able to address major forces simultaneously. Executives can’t neglect climate and sustainability work to deal with COVID-19 or geopolitics. The need to deal strategically on multiple levels demands visibility into the whole organization.

Do You Know Your Customer’s Customer?

Natural resource companies often operate at the tip of a supply chain that winds across oceans and continents. That means executives need, in addition to awareness of their own operations, location intelligence on what disruptions might arise in their extended distribution networks.

A lack of transparency on the location and identity of a customer’s customer poses risk to business continuity. With regionalism ascendent in many places, business leaders who don’t know all the players in their network may be caught flat-footed when trade relations shift.

When China banned Australian coal in 2020, Australia was forced to increase shipments to less politically fraught buyers in India, South Korea, Taiwan, and Japan. Meanwhile, some buyers of metals used in renewable energy batteries—many of which come from China–are trying to reduce their reliance on that country’s producers. For example, electric vehicle standout Tesla is set to buy nickel from mines in Minnesota in the US, Australia, and New Caledonia—a Pacific island that holds one-tenth of the world’s nickel reserves.

Additionally, while natural resources firms are often near the top of the supply chain, they still have their own inputs to manage. Farmers in Brazil, for instance, are now scrambling for fertilizer, a huge amount of which comes from Russia and Belarus.

Similarly, agriculture companies might shift away from overseas sales and use precision-farming practices enabled by GIS to increase efficient production and protect their margins.

The Field of the Future

For natural resource companies, the stakes haven’t been this high in decades. Sitting at the nexus of the world’s biggest environmental concerns and the most significant global conflict in a half-century, executives face decisions that will not only affect quarterly earnings, but also entire societies and the long-term health of the business.

The visibility and scenario-planning capabilities of location intelligence will be vital to enabling business leaders to steer the world toward calmer, cleaner waters. 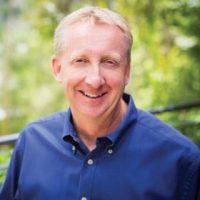 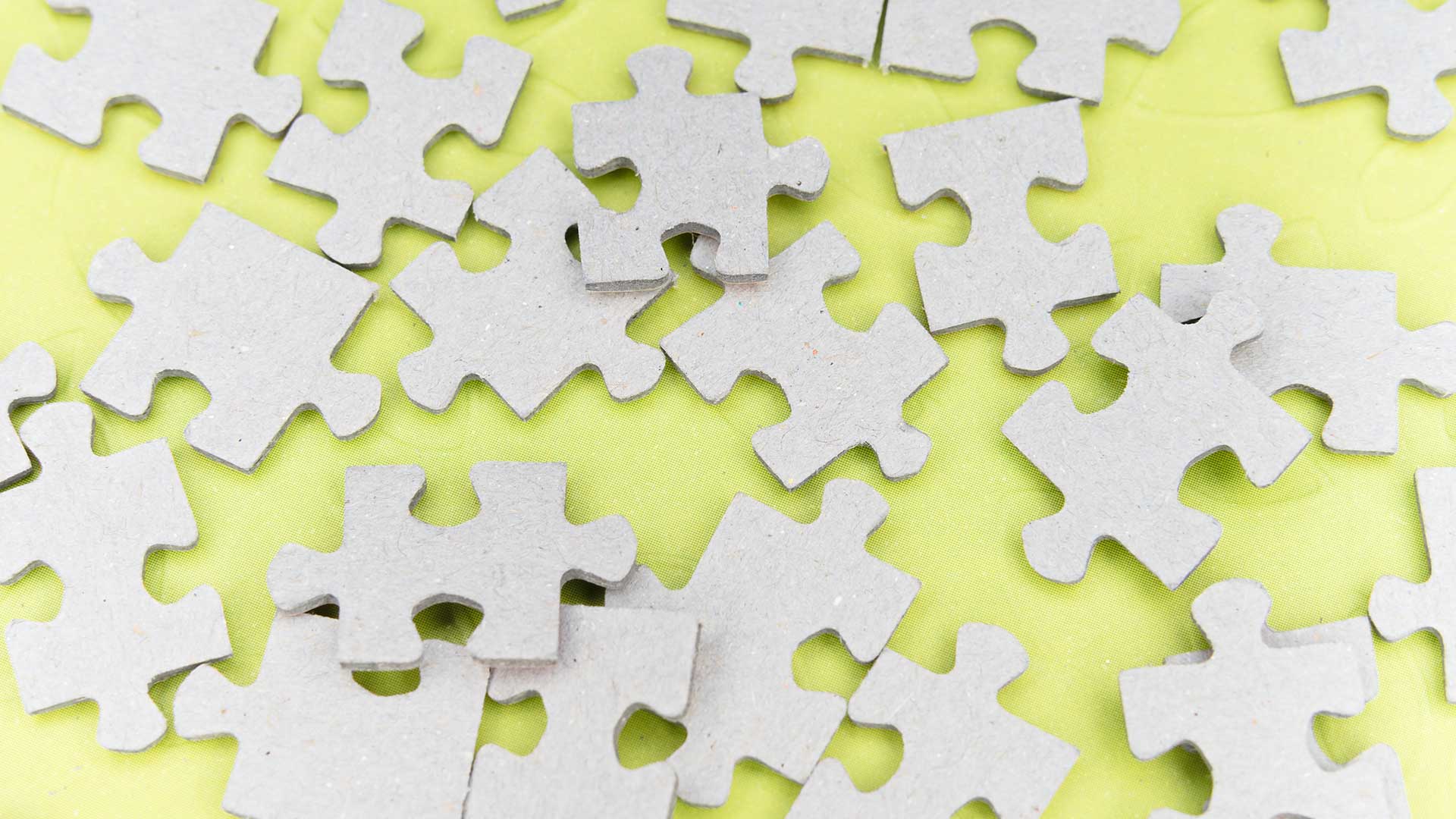 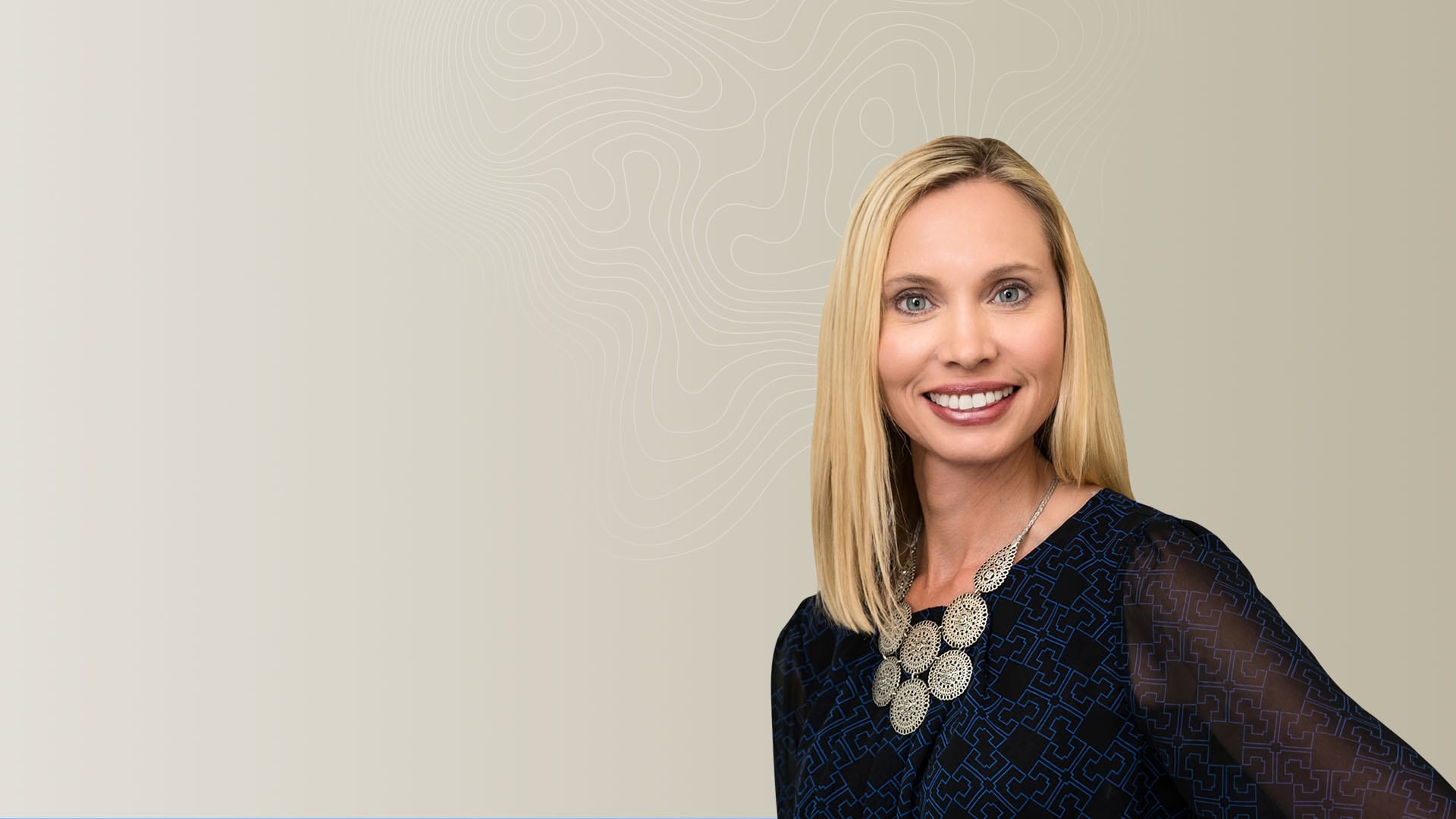 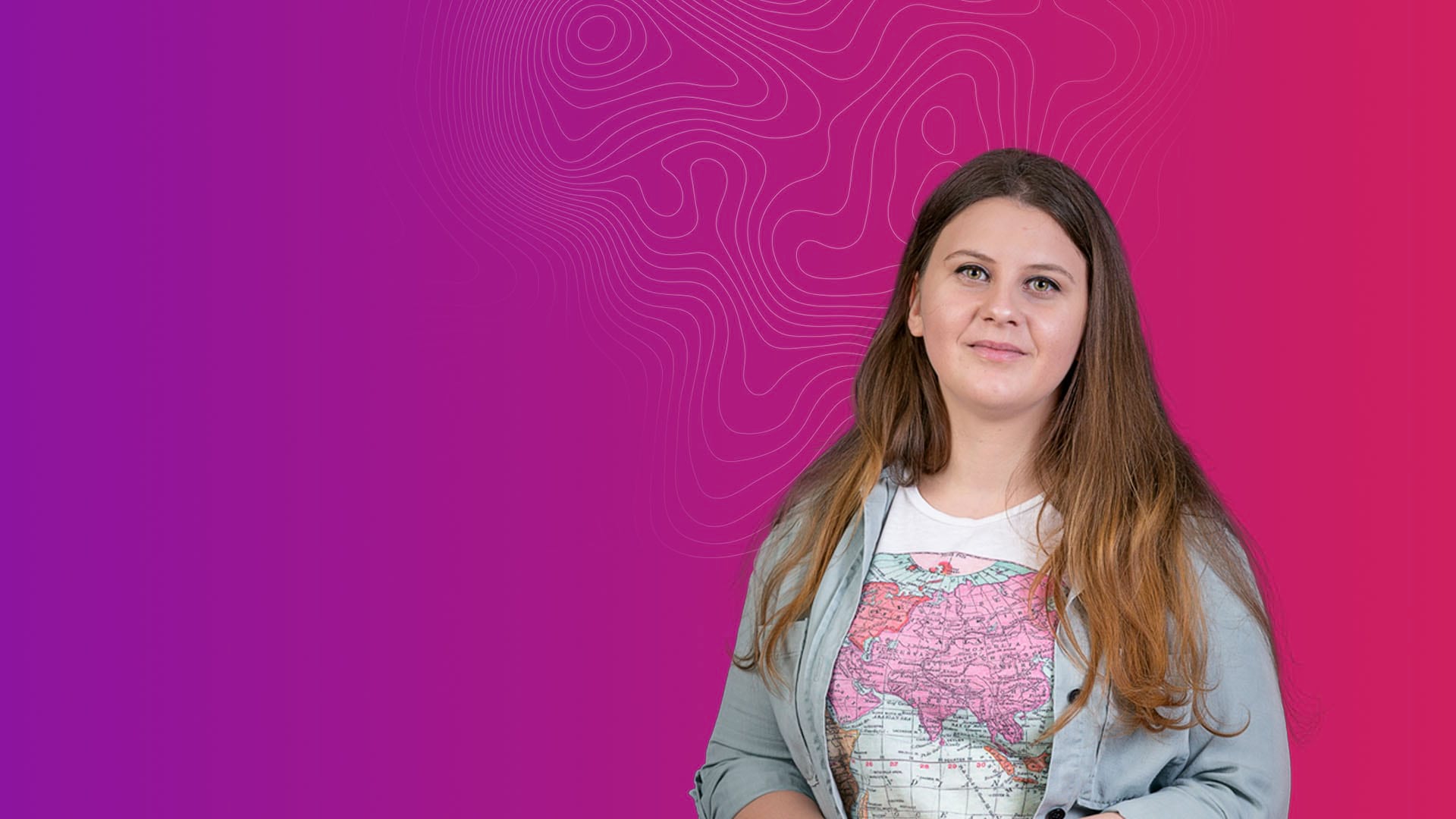 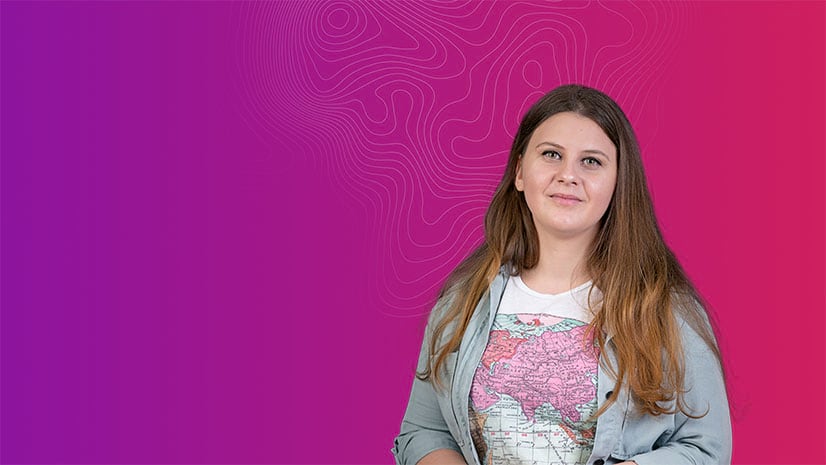