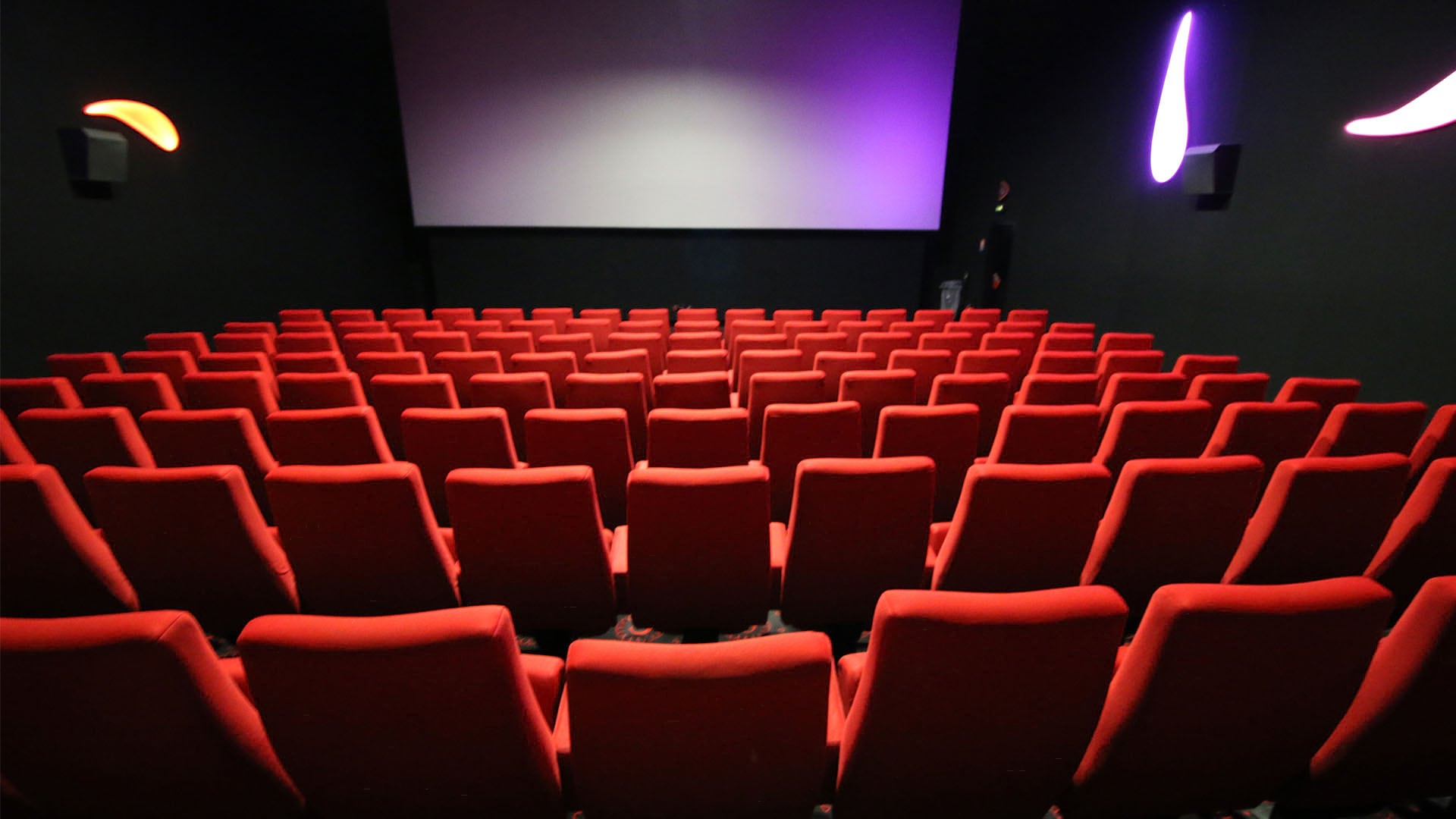 Hollywood has been slow to embrace data analytics when greenlighting and planning film projects, favoring gut instinct over what can be perceived as cold analysis. But innovative producers and studio executives are starting to view analytics as an ally.

In any industry, a lack of data can cause leaders to make damaging mistakes. In the film industry, stakes are high and mistakes are costly—often resulting in millions of dollars lost and careers compromised.

Article snapshot: Long governed by instinct, the process of choosing which films will be made is getting a boost from AI-based data analytics, while location data adds a new lens of insight.

To avoid financial flops and help predict which movies will be successful, some filmmakers are testing new technologies. For instance, Warner Bros. recently inked a deal with Cinelytic, an AI-powered analytics platform that can assess star power and film potential.

Filmmakers can perform all kinds of analyses—just as retailers, banks, and other businesses do—to get an edge when vetting projects for investment. On the heels of the Warner Bros.–Cinelytic deal, more decision-makers may turn to data analytics, enhanced by location intelligence and AI, to decide which movies are made, how they’re marketed, and where they’re released.

Staying Competitive in a Changing Industry

In part, competition with streaming platforms such as Netflix has spurred filmmakers’ migration to data-driven operations. Netflix leverages machine learning to understand and anticipate its audience, and estimates the value of its personalization algorithm at $1 billion. With it, the company greenlights hundreds of films and projects each year and recommends personalized content to every user, delivering targeted entertainment directly to living rooms all over the world.

With a plethora of affordable, quality content available at home, moviegoers are increasingly selective about which films they’re willing to travel to a cinema to see. Producers aim to greenlight and deliver “event” movies that will overcome couchbound inertia and attract consumers’ discretionary cash.

How AI Can Help Plan Films

Many variables contribute to a film’s success, including star power, timing of its release and distribution locations, where the film takes place, marketing budget and strategy, and the intended audience.

AI platforms like Cinelytic can model virtually limitless combinations of variables, comparing them with historical and real-time data (such as social media buzz and competitor film performance) to predict success rates and potential revenue. The technology can model revenue implications of casting one lead actress over another, or of releasing the film in summer versus the winter holidays.

As the Hollywood Reporter noted in reporting on the Warner-Cinelytic deal, in the early stages of planning which movies to make, producers often have to make quick decisions. For example, during a film festival, they may only have a few hours to choose which film ideas to purchase. Executives can now use AI-powered analytics to vet the prospects for a film in minutes.

The amount of rich data available in our connected world—and the speed at which AI can process it—means that producers can quickly build a business case to support a greenlight decision, complementing intuition with data-driven insight.

Data Analysis with Location in Focus

One way for movie executives to enhance this analytical approach is to view data in context of location. In this way, studios can discover which audiences might enjoy a film and where they’re located. When decision-makers understand what an audience values—whether that’s filmgoers, retail shoppers, or other consumers—they can predict spending patterns and plan a targeted marketing approach.

For instance, critics were surprised by the runaway success of films such as Black Panther, Wonder Woman, and I Can Only Imagine. They needn’t have been. The studios behind each film understood the target-audience’s demographics and psychographics, and delivered a story that resonated with their values. Like other demographic characteristics, values are often common to certain locations. For example, I Can Only Imagine was a hit in midwestern states with a large audience that identified with faith-based values. Characterized simply, these films were a case of supply meeting demand.

On a global scale, some genres tend to fare better or worse in different countries. Studio executives can use location intelligence to target releases in areas with a large concentration of the prime audience. Filmmakers can also analyze social media engagement by location to see what’s generating buzz where. Or they can map search engine traffic to measure the volume and location of interest around a certain topic or type of film.

Many major brands combine a geographic information system (GIS) and AI to make sense of large amounts of data, identifying valuable customer segments such as dog owners or music lovers. The beauty of analyzing customer data in terms of its location is the ability to combine that insight with other data sources, such as historical box office returns, to see patterns or trends.

Data analytics can’t replace the human element that creatives bring, with their years of industry experience and expert feel for compelling stories. Nor can AI predict everything that will affect a film’s success, such as competition with contemporaneous films, critical reviews, and zeitgeist. But as more studio executives take advantage of today’s data-rich strategies and view their film lineup with an eye on location, they may find themselves thinking about their artistic decisions differently.

While filmmakers can’t solve for every variable, they can use location intelligence and AI-powered analysis to make faster, smarter greenlighting decisions, increasing the odds of producing a box office win or even the next smash. 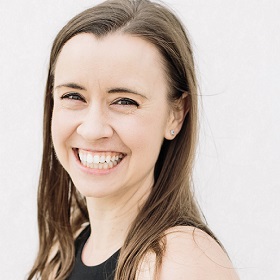 Andrea is a writer specializing in creating web content for Esri.com. She’s fascinated by how writing integrates with UX/UI, and passionate about communicating what Esri is all about to anyone new to GIS. Andrea got her start writing a travel blog while working as a trombonist on cruise ships. Years of international travel established her love for (and daily reliance on) maps. 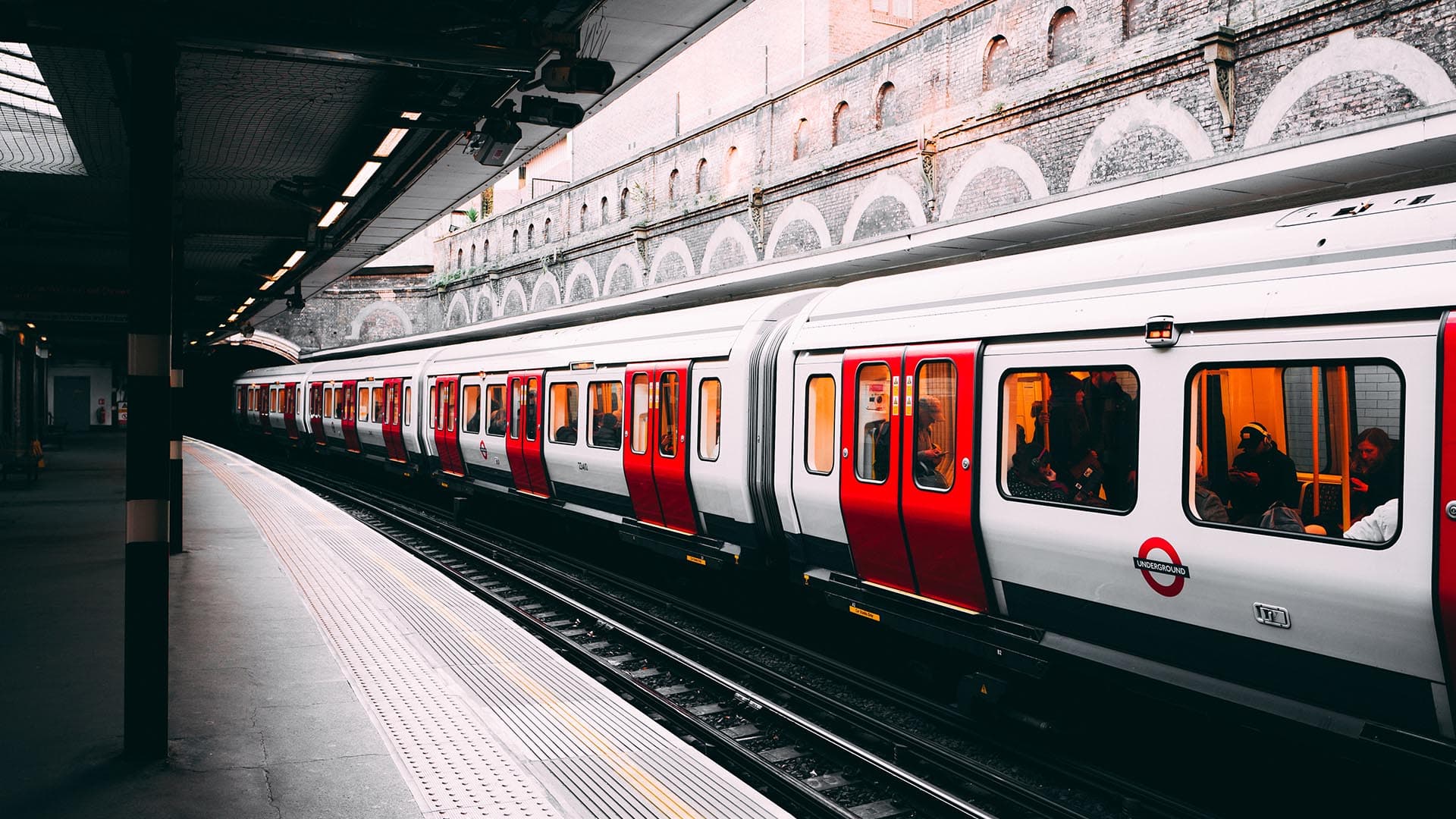 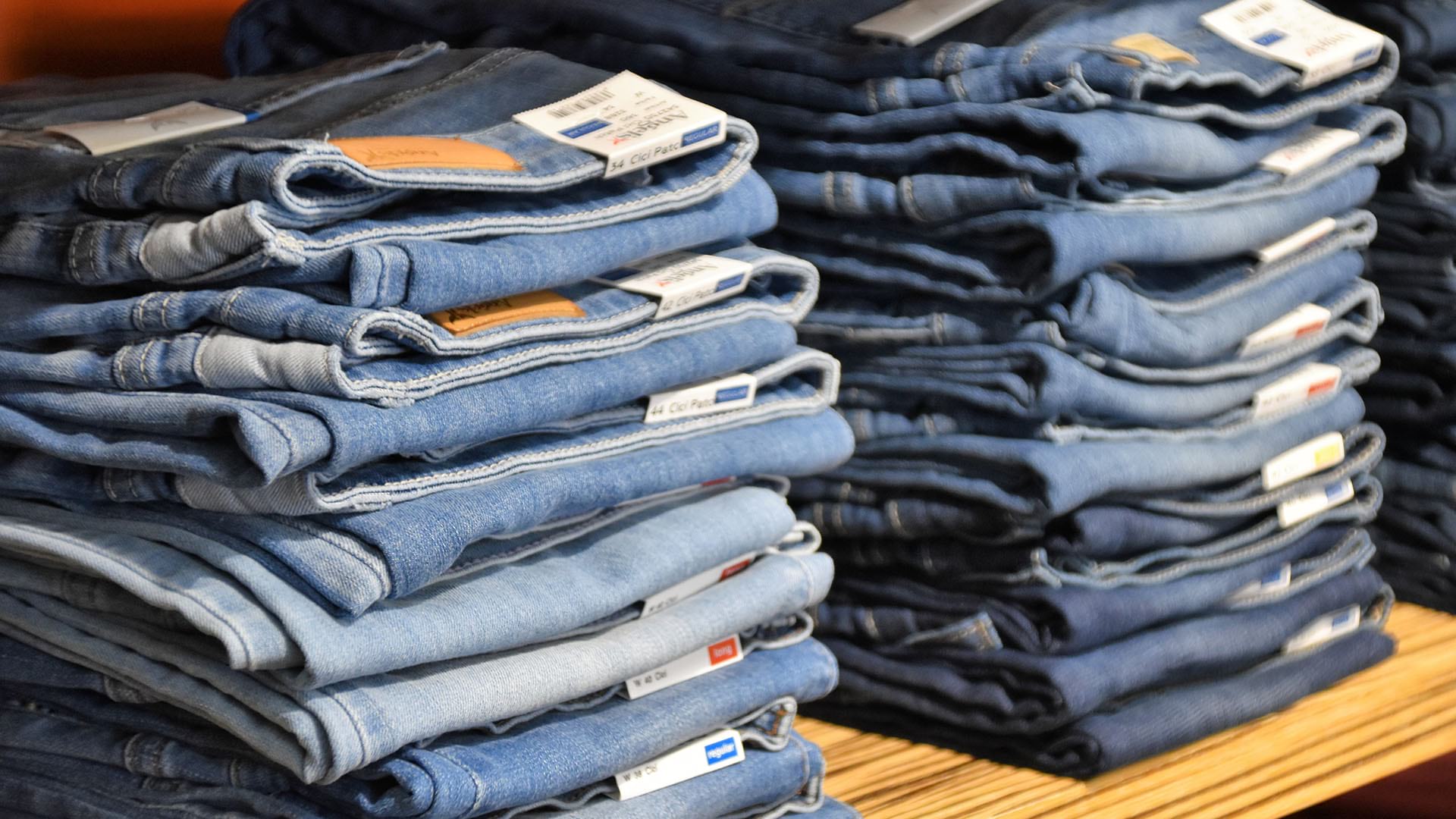 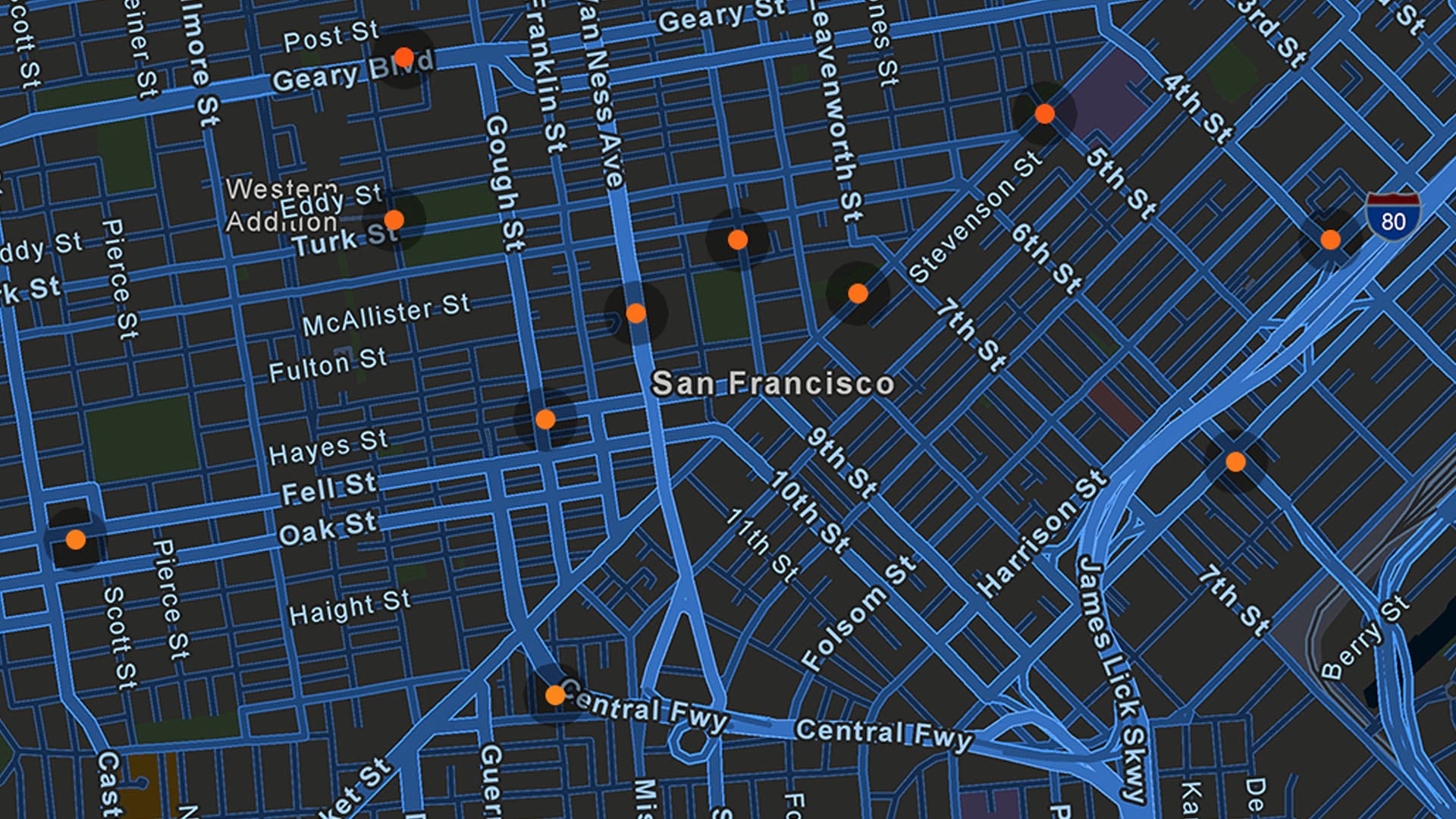