When you are trying to choose a coordinate system for your map, are you sometimes confused by the options?

You are part of a search and rescue team looking for an injured person in the Australian outback. The point location you have from her satellite phone is 134.577°E, 24.006°S. Where is she located?

Both location A and B in the above image are correct. A is 134.577°E, 24.006°S in one GCS (Australian Geodetic Datum 1984) and B is the same coordinate location in another (WGS 1984). Without knowing which GCS the data is in, you don’t know if the hiker is on top of the plateau or if she has fallen off the cliff.

So why isn’t knowing the latitude and longitude of a location good enough to know where it is? How can location A and location B in the Australia example both be correct?

There are many different models of the earth’s surface, and therefore many different GCS! World Geodetic System 1984 (WGS 1984) is designed as a one-size-fits-all GCS, good for mapping global data. Australian Geodetic Datum 1984 is designed to fit the earth snugly around Australia, giving you good precision for this continent but poor accuracy anywhere else.

The GCS is what ties your coordinate values to real locations on the earth. The coordinates 134.577°E, 24.006°S only tell you where a location is within a geographic coordinate system. You still need to know which GCS it is in before you know where it is on Earth.

Once your data knows where to draw, it needs to know how. The earth’s surface—and your GCS—are round, but your map—and your computer screen—are flat. That’s a problem. You can’t draw the round earth on a flat surface without deforming it. Imagine peeling an orange and trying to lay the peel flat on a table. You can get close, but only if you start tearing the peel apart. This is where map projections come in. They tell you how to distort the earth—how to tear and stretch that orange peel—so the parts that are most important to your map get the least distorted and are displayed best on the flat surface of the map.

You’re perhaps already aware that there are many different map projections and that each displays the earth in a different way. Some are good for preserving areas on your map, others at preserving angles or distances.

A projected coordinate system (PCS) is a GCS that has been flattened using a map projection.

Next, let’s take a look at how these coordinate systems (geographic and projected alike) are put together.

In ArcGIS Pro, you can view the details of any coordinate system in the Map Properties window, on the Coordinate Systems tab. Click the green Details link.

The image below shows the Details page for the Fuller (world) coordinate system:

Remember that a PCS is just a GCS that has been projected. Let’s look at the properties of the WGS 1984 geographic coordinate system:

Can’t we choose a GCS for our map instead of a PCS? I’ve made maps before that were in WGS 1984 and they drew just fine, didn’t they?

Let’s try it out.

Your map will look like this, regardless of which GCS you chose:

Remember that it is impossible to draw the round earth on a flat surface without a projection. So when you tell ArcGIS to make a flat map with a GCS, it is forced to choose a projection! So it draws using a pseudo Plate Carrée projection. This is just latitude and longitude represented as a simple grid of squares. It is called pseudo because it is measured in angular units (degrees) rather than linear units (meters). This projection is easy to understand and easy to compute, but it also distorts all areas, angles, and distances, so it is senseless to use it for analysis and measurement. You should choose a different PCS.

Most of the time, you don’t need to choose a GCS. Your data was already stored in one and you should just stick with that. But often you do need to choose a PCS. Read the lesson Choose the Right Projection to learn how to pick the right one.

There are plenty of other resources that help to explain coordinate systems in greater depth and in different ways. If you want to learn more, try some of these:

You can also read these other articles that I have written about coordinate systems: 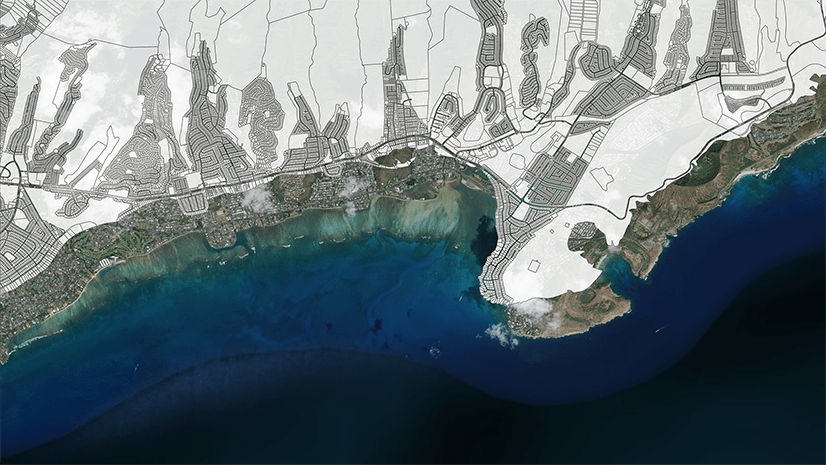 The Define Projection tool and Project tool are often confused. Learn how to properly use them to fix your data.

Oftentimes, data is collected in a coordinate system that isn’t suited to how you will be using it. Ensuring that the correct coo...