Cross sections are important and common data products used for characterizing the subsurface and for building 3D subsurface models. Cross sections can display the vertical dimensions of hydrogeologic units, and portray different physical entities such as faults, well locations, and water properties like water quality.

The Subsurface Analyst toolset, available as part of the Arc Hydro Groundwater tools, makes it easy to create cross sections in ArcMap. Users can utilize a wide array of tools to “project” standard GIS datasets onto a cross section plane which is displayed as a separate data frame in ArcMap.

Below are some examples of how Subsurface Analyst tools were used to create cross sections:

Example 1 – displaying water quality probabilities on a cross section
In a recent project, Bob Reedy from the Bureau of Economic Geology created maps displaying the probability of water quality exceeding the Maximum Concentration Limit (MCL) for different aquifers in Texas. As part of this process, Bob used the Subsurface Analyst tools to show the changes in probabilities on top of a vertical cross section.

Bob started with a set of rasters defining the top and bottom of each aquifer unit. He then used the Cross Section Wizard from Subsurface Analyst to create a new cross section data frame and used the cross section editing tools to add the raster elevations onto the cross section. 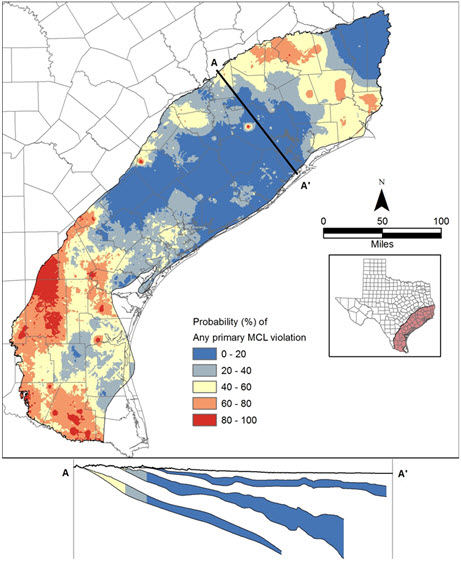 Map and cross section showing the probability of having a primary MCL violation in the Gulf Coast Aquifer, Texas.

Example 2 – Displaying well construction and water quality
These sample cross sections were developed as part of a project done by Daniel Lupton of Intera Geosciences and Engineering. During the project, oil and gas resistivity and spontaneous potential logs were used to evaluate the distribution of water quality. A script was written to interpolate the average depth to the base of fresh water and to the base of slightly saline water. The results were projected onto cross sections for visualization of the fresh and saline water on top of the hydrogeologic units. 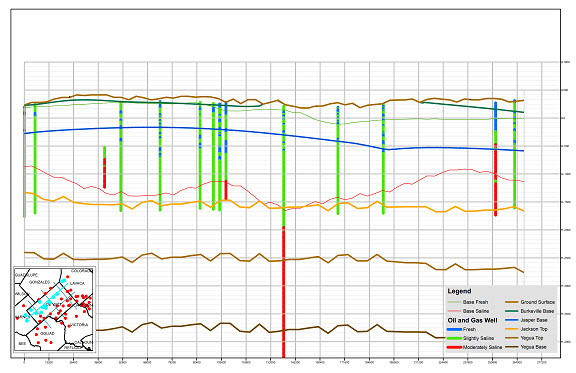 Cross section of water quality derived from oil and gas resistivity and spontaneous potential logs.  The water quality is displayed on top of hydrogeologic unit boundaries.

In addition cross sections were created to display the location and construction elements of water wells used by the oil and gas industry to acquire water for hydrofracing. Subsurface Analyst is used to create plots that show the conceptual model for the pumping situation and to parsimoniously display the interpretation results to the local groundwater district managers, and to evaluate localized effects of the high intensity pumping on the local land owners. 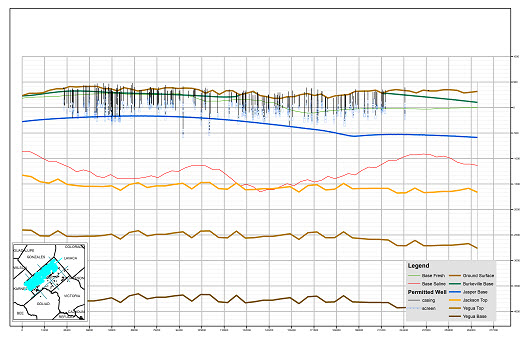 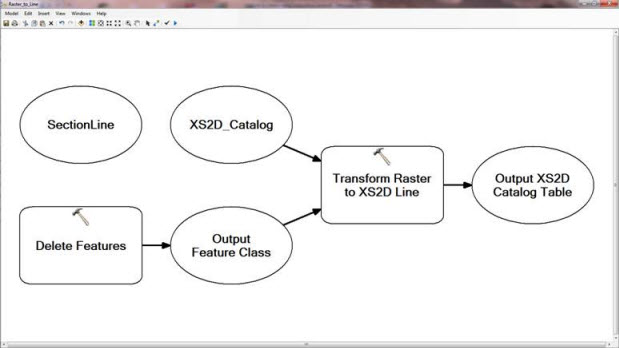 Subsurface Analyst geoprocessing tools were included in models to automate the update of cross sections.

Thanks to Bob Reedy (bob.reedy@beg.utexas.edu) and Daniel Lupton (dlupton@intera.com) for contributing the material for this post. For more information on the Arc Hydro Groundwater tools visit the Aquaveo website (www.aquaveo.com/archydro-groundwater).