For the scanned map images, the envelopes align with the map neatline (the edge of the mapped area) and do not include the map collar (the area that contains the marginalia, such as the scale bar and north arrow). The envelopes are created as polygons in the output feature class. 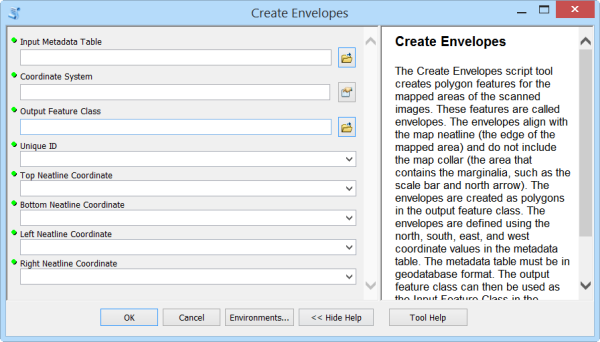 The envelopes are defined using the bounding coordinates in an input (metadata) table. The metadata table must be in geodatabase format. For this tool, the metadata table should contain a unique ID for each polygon feature to be created, along with north, south, east, and west coordinate values for each feature’s extent. As shown in the figure below, these should be a double field type (that is, double-precision floating-point number).

With this tool, you can set the coordinate system to be used for the bounding coordinates. This is a very important step because if incorrectly defined, the envelopes won’t line up with the edges of the map. For example, geographic coordinates at the corners of a US Geological Survey (USGS) topographic map, as shown at the upper left in the figure below, may use a NAD 83 datum, as shown in the middle of the figure. This information is generally displayed on authoritative maps such as topographic maps in a national map series. For other maps it may be harder to determine and a trial-and-error basis may be required to lead to the correct definition. 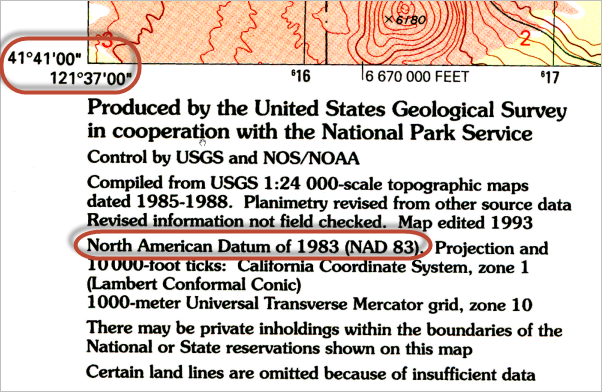 When this tool is finished running, the output feature class is added to the map. 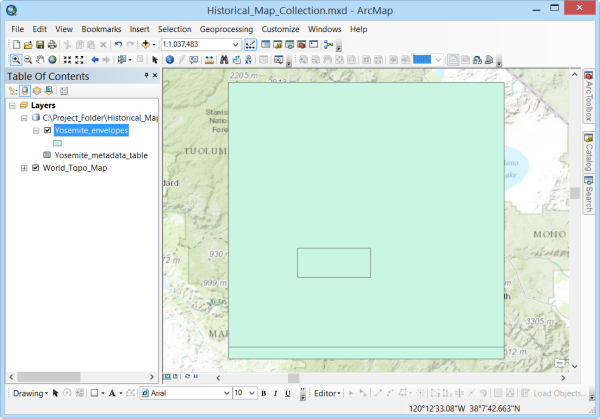 If necessary, the rectangular features can then be modified into more complex shapes using the standard editing tools. 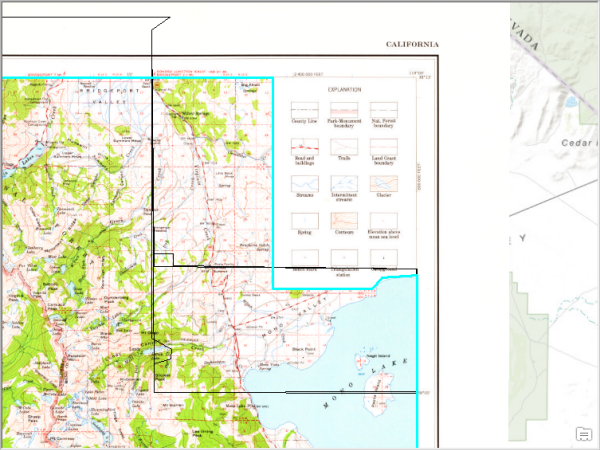 This tool was developed to support the workflow associated with creating historical map collections and sharing them online. Keep an eye on this blog to find out more about when the documentation for that workflow, and associated downloadable resources, will be available. The documentation will include step-by-step instructions for using this tool and the download will include sample data that you can use to test out the workflow and this tool.

Thanks to Steven Lambert, Esri, for writing the code for this tool!