Google’s Android Studio is a developer IDE based on IntelliJ IDEA platform.  The platform is still in early access preview. If you are not comfortable using an unfinished product, you may want to continue to use the Eclipse Plugin bundled with the ArcGIS Android SDK.

In Eclipse you have the concept of a workspace which can consist of multiple projects linked or unlinked.  In Android Studio, projects are replaced by App Modules and Libary Modules.  Modules are a discrete unit of functionality that can be run, tested, and debugged independently.  Modules are somewhat similar to an Eclipse project with a few key differences:

Including Jar lib dependencies
Local jar files go in the libs folder at the root of your module directory.  In Android Studio you need to add the jars as a gradle dependency.  This should be added to your gradle build file as follows:

The code above adds all the *.jar files from the modules libs directory as dependencies.

Manifest changes
Several common items and settings which in Eclipse are in the Android Manifest have either automatically added, e.g: allowBackup=true or have been moved to build.gradle such as version codes and minSdkVersion, targetSdkVersion, etc.  Feature and permission requirements are still declared in the manifest.

In this section we will step through the process of creating a new Android Studio project and integrate the ArcGIS Android SDK in the app module.

Gradle Plugin v0.10.0 is the latest version of the Gradle Plugin at the time of the writing so the version will change as more releases come out.

The Android.manifest file is now located in the /src/main/ directory of your app module.

The ArcGIS Android dependent libraries are available in the ArcGIS Runtime SDK for Android libs folder.  You will be coping files from this directory into your app module directory in your project.

Below is a image representing an Android Studio project with module including android sdk jars and native libs.  Note we are only including on native processor directory into jniLibs. Our project is now ready to start coding against the ArcGIS Android API.  We will create a Hello World app to ensure everything is working as expected.

Add MapView to the layout

The layout resource file is now located in the /src/res/layout directory of your app module. Hello World – Map in your App

In this post we directly integrated the ArcGIS Runtime SDK for Android into Android Studio and created the Hello World sample app.  I will re-state that Android Studio and the Gradle plugin are still in an early access preview release state.  Several features are either incomplete or not yet implemented so there may be breaking changes when releases are updated.

In part 2 of this series we will introduce a library module to allow multiple app modules the ability to re-use the ArcGIS Android API libraries. 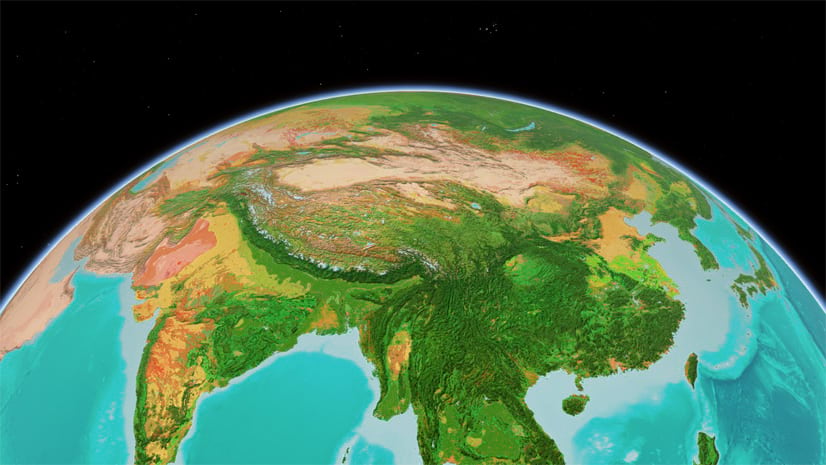