Getting started with creating features in ArcGIS 10

When you open the Editor toolbar in ArcGIS 10, you’ll notice that the toolbar looks different. For starters, there is no task list and no target layer list. So how do you add a feature without them? In ArcGIS 10, you use the new Create Features window, which contains all the elements you need. The workflow to create features is the same whether you are editing geodatabases or shapefiles or using an ArcView, ArcEditor, or ArcInfo license. 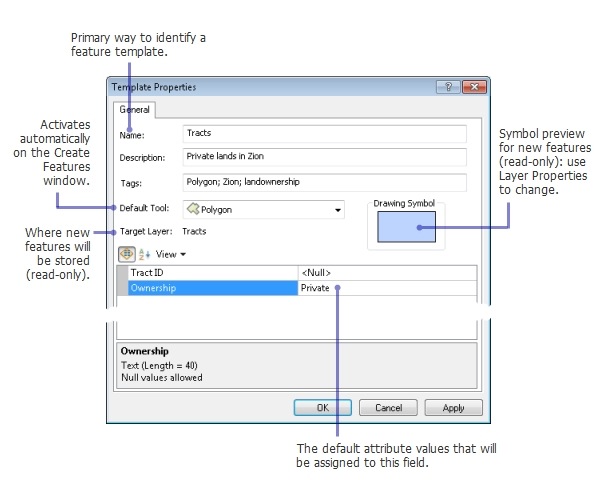 The graphics below show the Layer Properties > Symbology tab listing the unique values symbols used for a Roads layer and the resulting feature templates in the Create Features window. Since the Roads layer has three unique values categories, three feature templates are created, where each one has a different default attribute value for the road type (Freeway, Major road, or Local road). 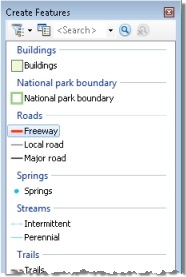 To digitize segments as you did with the Sketch tool in previous releases, click a line or polygon feature template, then use the Line or Polygon tool to click the map where you want to place vertices. Straight segments are created by default as you click, but you can change the segment types using the palette on the Editor toolbar or Feature Construction mini toolbar. The Feature Construction toolbar follows the pointer as you click to give you easy access to commonly used tools. If the toolbar gets in your way while digitizing, press the TAB key to reposition it. 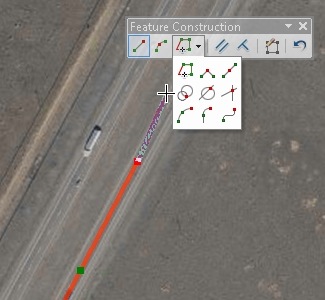 The process for creating annotation and dimensions is the same as for other feature types, so the Annotation and Dimensioning toolbars are not found in ArcGIS 10 since the tools have been integrated with the Create Features window. To create annotation, choose an annotation feature template on the Create Features window and a construction tool, such as Horizontal or Straight. When you click the feature template, the Annotation Construction window appears so you can enter the text of the new annotation, control how the text is placed, and set any additional symbol properties. 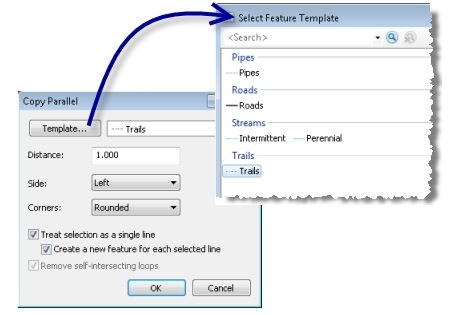 When copying and pasting features, a dialog box appears immediately after you click the Paste button, allowing you to set the target layer. When you paste, you can choose an actual layer, rather than a feature template, so you can retain the attribute values from the copied feature instead of using default attributes. If you are just editing an existing feature, you do not need to specify a feature template.

To learn more about editing in ArcGIS 10, see these help topics:

What’s new for editing in ArcGIS 10