A Visual Analysis of Atlanta for Amazon HQ2

2018 is here and the online retail giant Amazon is ready to bring prosperity into a new city. Its hunt for second headquarters location has urged a rush among cities vying for the honor. Amazon has narrowed its top 20 finalists based on some factors listed below and many more:

Atlanta, as a metropolitan area, is on the shortlist to become the home of Amazon’s HQ2. Let’s see how we can understand and visualize these factors for metro Atlanta from a data perspective using ArcGIS Business Analyst.

Current population of metro Atlanta is over 5.8 million. Annual growth rate for total population, households, and families is in the range of 1.2% to 1.4% which is 1.5 to 2 times of the population growth for the US average. Having the Amazon HQ2 could increase this population growth even more.

Metropolitan Atlanta Rapid Transit Authority (MARTA), one of the largest transit in the country, currently branches out from downtown Atlanta to serve 3 major metropolitan counties and approx. 450,300 people. MARTA is at the beginning of an historic expansion. If Amazon comes into Atlanta, the process might speed up to create and better serve a well-connected Atlanta. 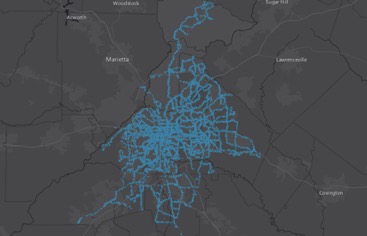 Three of the interstate highways converge in Atlanta, making it (along with Hartsfield-Jackson Atlanta International Airport) the transportation hub of the southeast. Atlanta is one of only five cities in the nation to be served by three separate interstate highways.

More population growth both permanent and floating would require faster housing construction to meet the increased demand. While opening up a 500,000+ sq. ft. project not only opens primary jobs but several secondary jobs, it creates a gush in housing construction in the near future.

Atlanta home prices have been increasing the last few years. If Amazon comes to Atlanta, the price increases may be modest initially, but might skyrocket eventually – similar to Seattle!

The growth in the service sector including health care, food and beverage, lodging, and other services is very likely to go hand-in-hand with the growth in high tech employment. 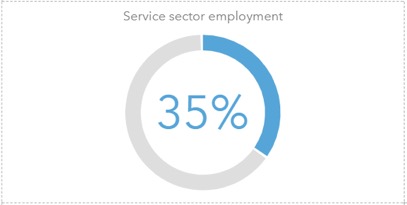 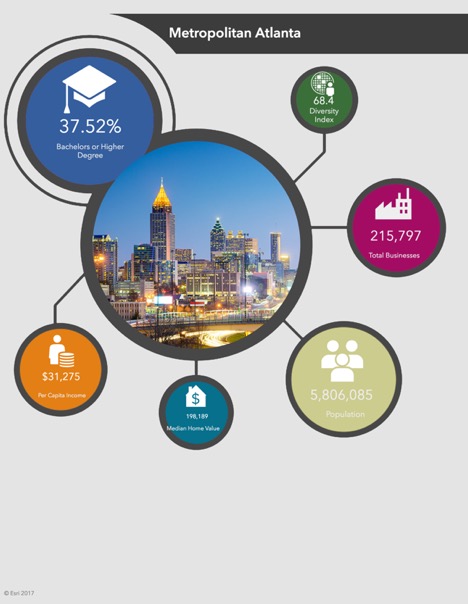 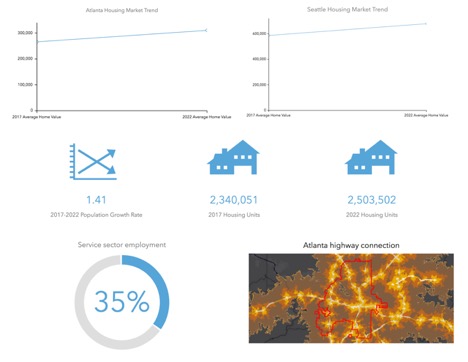 While Atlanta is a strong contender and Amazon HQ2 can provide 50,000 jobs and $5B investment for local economy development, it could bring some potential challenges in the long term.

Note: All the visualizations above were created using the data included and infographics capability in ArcGIS Business Analyst. Learn more.

Anna Kishore is a Product Engineer on the Business Analyst Team.