The Science of Where: Workflows for exploring environmental security

In this three (or more) part blog series, I present examples of workflows in ArcGIS Pro to explore the many dimensions of environmental security. These blogs don’t contain detailed step-by-step instructions but should provide sufficient detail for you to reproduce each analysis and explore on your own.

Environmental security encompasses “challenges to national or homeland security posture that result from extreme environmental or climatic events acting locally or transnationally to destabilize the countries or regions of the world, resulting in geopolitical instability, resource conflicts, vulnerabilities in critical infrastructure, or some combination of these impacts” (Lanicci, Murray & Ramsay 2019, p. 9).

Climate change: the primary driver
In strong language rarely used in the scientific community, a recent report by the Intergovernmental Panel on Climate Change (IPCC) stated that “it is unequivocal that human influence has warmed the atmosphere, ocean and land. Widespread and rapid changes in the atmosphere, ocean, cryosphere and biosphere have occurred.” Human-caused changes to our planet are the primary drivers of the events and trends that impact our security.

GIS has been at the forefront of assessing potential climate impacts and developing and prioritizing mitigation strategies. The GIS for Climate Hub shows many excellent examples of these efforts. GIS-based climate workflows often focus on identifying patterns — the what or where question. In this blog, we’ll focus more on a when question – can we identify changes to the seasonal patterns of weather events.

Generally, when does the warmest day of the year occur?
Intuitively, the warmest day of the year should occur in the northern hemisphere on June 21 (summer solstice), when the amount of solar radiation received is at its maximum. However, large-scale (synoptic) weather patterns can impact when the warmest day occurs at different locations. To establish a baseline for the warmest day, we can explore modeled temperature data. The NARR model contains daily temperature data from 1979 through 2020 and is available in netCDF format. However, each year comes in a separate file (air.sfc.1979.nc, air.sfc.1980.nc …). To combine the data into a single dataset, I created a multidimensional mosaic dataset using the Create a mosaic dataset from netCDF files workflow.

The resulting mosaic dataset contains 15,341 slices representing the daily average temperature for each 32 square kilometer pixel in north America. Next, I used the Aggregate Multidimensional Raster tool with the recurring daily keyword to produce the average daily temperature for each day of the year. The recurring daily keyword causes the tool to aggregate multiple years of daily data into daily time steps where the result includes one aggregated value per Julian day. The output includes, at most, 366 daily time slices. Finally, I used the Find Argument Statistics tool with the argument of the maximum statistics type to find the Julian day of the highest temperature. After clipping the result to the conterminous U.S., here is the result.

This map approximates the National Centers for Environmental Information (NCEI) Warmest Day of the Year maps, and they provide explanations for similar patterns. For example, the warmest day occurs earlier in Arizona and New Mexico than in the rest of the southwest because of the North American Monsoon. Mid-summer monsoonal clouds and rain reduce temperatures in these areas. In addition, the coastal marine layer along the west coast delays the onset of warmer weather. Can you identify other patterns?

Is the warmest day of the year occurring earlier or later?
The previous example used modeled climate data to establish a baseline of when to expect the warmest day of the year. However, similar methods can analyze observed meteorological data. For example, the Global Historical Climatology Network (GHCN) archives daily climate summaries across the globe. We can use these datasets to explore whether the warmest day of the year is occurring earlier, later, or not changing. However, meteorological data are inherently messy – instruments malfunction, transcription errors occur, and weather stations are regularly commissioned and decommissioned. As a result, weather data always requires careful validation and cleaning – a task we refer to as data engineering. Using the new Data Engineering capabilities in ArcGIS Pro, I cleaned the tens of millions of GHCN records and identified 3,572 stations in the conterminous U.S. that had consistent observations from 1991 through 2020. Then, using the Create Space Time Cube From Defined Locations tool, I created a space-time cube to explore how the Julian day of the warmest day of the year is changing across time at each station. When the space-time cube is created, a Mann-Kendall trend test is calculated for each station to determine whether the Julian day of the warmest day is occurring later, earlier, or not significantly different. The following map summarizes the trend for each station.

Fascinating patterns emerge. There are two areas, the Pacific NW/Northern California and the central southern states, where we see statistical evidence (p ≤ 0.10) that the warmest day is occurring later in the year. The majority of the stations in the Pacific NW are in a historically temperate, dry, and warm summer climate regime (Koppen-Geiger Csb classification based on visual comparison to updated maps produced by Beck et al. 2018). The stations in the southwest are in a temperate, no dry season, hot summer climate regime (Beck 2018 category Cfa). Global increases in temperature and the resulting increases in summer storms likely delay the onset of warm summer temperatures in these areas.

Implications for environmental security
The analyses conducted for this blog suggest that summer temperature patterns are changing. A growing body of research supports measurable disruptions to seasonal patterns of temperature and precipitation. For example, Jiamin Wang and colleagues have shown that summer has increased from 78 to 95 days between 1952 – 2011 in the northern mid-latitudes (Wang et al., 2021). Disruption to seasonal patterns can have profound effects related to environmental security:

Ideas for the next step 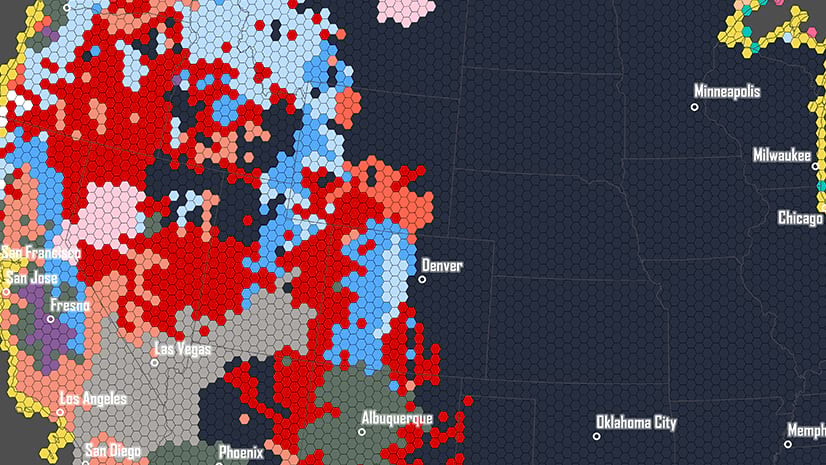 The Science of Where: A GIS Derived Climatology of Severe Weather Warnings, Watches and Advisories 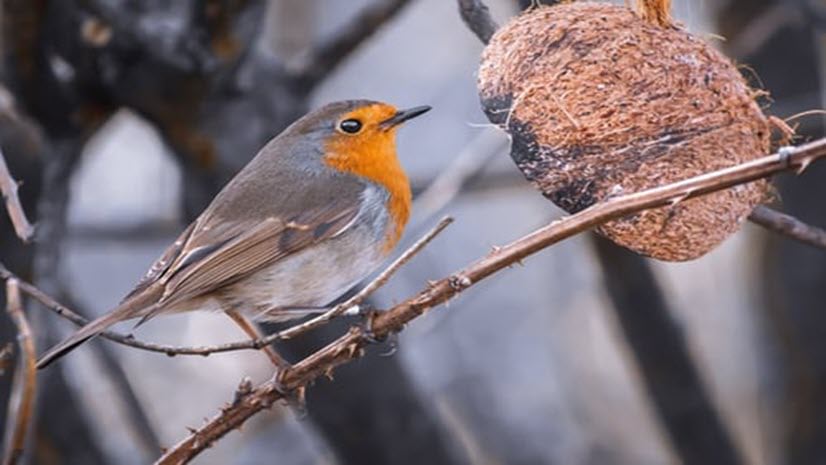