I have written two blog posts previously on this topic. There were basically two drawbacks in the approaches described in those posts:

To overcome these limitations, in ArcGIS Pro 1.4 we introduced parameters to query layers, allowing you to perform spatiotemporal and aggregate analysis dynamically from related tables. The advantages are significant with this new approach:

Query layer is the only kind of layer in ArcGIS Pro whose source can be a SQL statement, which could be as simple as “SELECT * FROM aTable” or very complex with joins, aggregated results, etc. The SQL query gets evaluated by the database, results get sent back, and a query layer draws the result in ArcGIS Pro. Query layers are only supported for enterprise databases such as SQL Server, PostgreSQL, and Oracle—they are not supported for file geodatabases. For that reason, the data needs to be copied to the enterprise database of your choice.

Compute Total Rainfall for Each Station

Next, we’ll create a table:

You will see that the table contains the total rainfall (dynamically computed) at each station for the entire four months. Since this table does not have spatial data, it cannot be drawn on a map.

This section is just to provide some background information. If you want, you can remove this table.

Visualize Total Rainfall on a Map

The USGS_Rainfall_Stations_IL feature class contains spatial data. We need to combine the computed total rainfall with spatial data. For this, we will use SQL joins and do the following:

What we have so far is a layer where each station is populated with its total rainfall computed from all records off the time series table. What we want now is to draw rainfall stations with the total rainfall from a specific time duration—for instance, a week, a month, a three-day period, or any arbitrary time window.

If you click the Time tab on the Layer Properties page now, you will see that the time settings got automatically defined. When you define a range parameter of the Date data type, the layer is automatically made time aware and will start honoring the map’s time slider’s settings.

The time slider appears on the map.

You will see stations with their rainfall measurements for that week.

Use the time slider to go to another week, or change the time settings to view results for another window of time. If you want you can set the time span to bi-weekly or any arbitrary time duration, and you will see map is updated with dynamically computed total rainfall for that time duration.

Now we’ll use time settings to view stations with moving/rolling averages while stepping through time:

Now step through time with the time slider. You will see that features are drawn with the three-day moving/rolling average as it moves forward one day for each time step. If you want to see weekly moving average, all you need to do is to set the Span value to 1 week.

In this section, we will see how to draw stations differently when their monthly rainfall exceeds the historical rainfall average for a given month.

In this case monthly rainfall averages are stored in a separate table named USGS_Rainfall_Avg table. We will now use data from that table to produce a map showing stations with anomalies in red:

You can do the following:

Tanu is a product engineer on Esri Mapping Team focusing on map service, print service, and ArcGIS Pro. He also works on spatio-temporal analysis, spatial aggregation and real-time data. Tanu’s background includes a masters in Urban Planning from University of Akron, Ohio, USA and a bachelor degree from Khulna University, Bangladesh, and worked as GIS Coordinator in City of West Springfield, and GIS Specialist in a hydrology modeling center in Bangladesh before joining Esri. 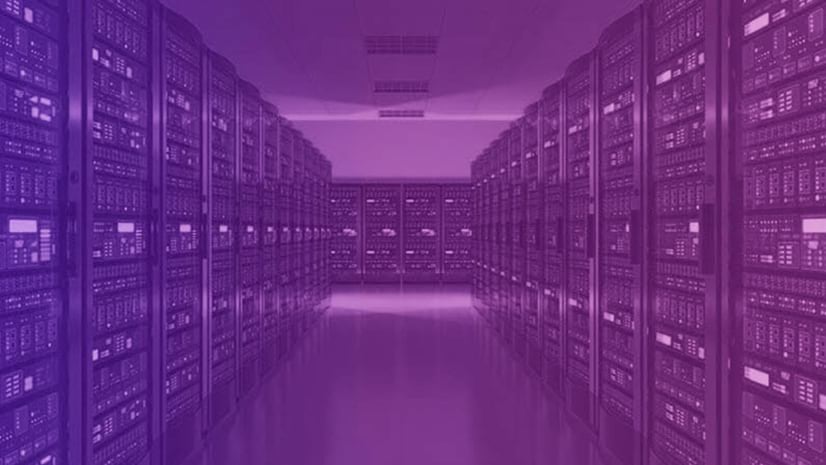 Time-series data stores observations, measurements, model results, or other data obtained over a period of time, at regular or irregular ...

Use Thiessen polygons to transform dynamically aggregated time series results from point features to any geographical or political boundaries. 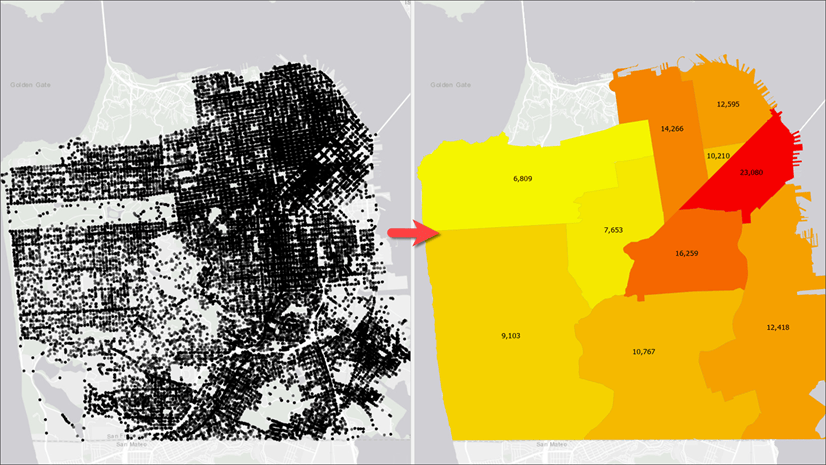 A sample SOI (Server Object Interceptor) is made available that helps visualize on the fly aggregated results by overcoming challenges p...