Curious cartographic minds have created predominance maps for a number of cases including the following:

Thanks to the createRenderer method in the predominance module, you no longer have to construct an Arcade expression on your own to create these awesome visualizations. You can let the JS API do it for you.

In the following example, I visualize block groups in Boise, Idaho based on the most common decade in which homes (single-family housing units) were constructed. The feature service contains attributes tallying the number of homes located within each block group for each decade.

These fields compete with one another because a home cannot be built in more than one decade. Therefore, we can use predominance to visualize these features by the predominant decade in which homes were built within each block group.

All we have to do is provide the list of fields to the parameters of the createRenderer method, along with the layer instance, the view, and a basemap. Once the renderer is generated, you can set it on the input layer and it will automatically render in the view.

The createRenderer method also has parameters for including a size visual variable and/or an opacity visual variable. When set to true, these options provide additional context to the predominance visualization.

Size is used to visualize the total sum of the competing categories. This provides context to how the feature compares to the dataset as a whole. For example, in an election map, if a candidate wins a particular geographic area in a landslide, the opacity will show the strength of the win. But the size will indicate how much that win matters compared to other features. See the image below. While individual counties in the midwest voted overwhelmingly for the Republican candidate, each feature individually doesn’t account for many votes compared to areas with much higher populations.

We can turn the housing visualization into a more interactive data exploration visualization by allowing the user to specify which fields will be used in the predominance calculation. This allows you to compare various decades for housing booms or even see the movement of housing growth from inner cities to suburbs over time. Click the image below to view the app.

You may notice this app references an alternate color scheme than what is returned by default. You can access any predominance scheme we provide in the JS API by calling the getSchemes method on the predominanceSchemes symbology object.

Predominance visualizations are based on pre-generated Arcade expressions referenced in a UniqueValueRenderer instance. The Arcade expression relies on at least two field names provided to the fields parameter of the method. These fields are added to the expression, which will compare each field with all others to determine which one has the maximum value. 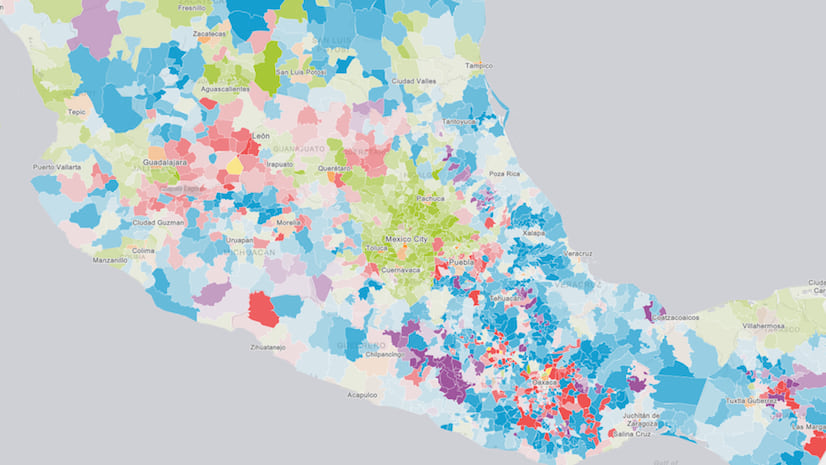 At the March 2017 Esri Developer Summit, Dave Bayer and I gave a presentation on how to use Arcade expressions in web apps built on the A... 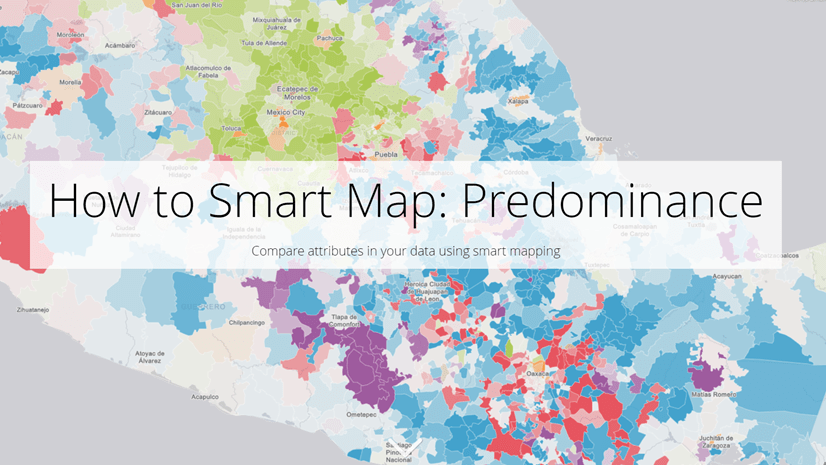 Map multiple attributes within a single map, and smart mapping will automatically show you the largest value of those attributes.