What’s the first word that comes to mind when you hear the term GIS? Maps, right? Everyone says that. GIS is about maps of course. But so much more. I’ve been involved in GIS for a long time. So, the first word that comes to my mind is discovery. Why? GIS helps us find our way. We learn brand new ways of looking at the world. For utilities, it helps them to do things better. Static maps document what we already know. GIS helps us discover something we don’t – a better design, a new insight, a new way to solve tough problems. GIS helps us think differently. It does this in three ways: capture, comprehend and communicate.

Nearly everything a utility does has something to do with location. Where there are power failures. Old leaning poles. Leaky transformers. Traffic jams. You name it. Think of something that a utility does and invariably it happens at a place. GIS captures all kinds of information.

Years ago, I ran operations for a power company. I remember walking into the control room during a major snowstorm. Thousands of people were out of power. I was hit with all kinds of information. TVs with weather reports, a big old control board with flashing lights, spreadsheets, paper maps, and reports. The radios were buzzing with voices from the line crews. I had to consume this information from so many different sources and make critical decisions. I had to organize that data in my head in order to make snap decisions about when to call an emergency, bring in extra crews, or yell for help. GIS to the rescue. It organizes all that data in one place – by location. It presents what’s happening now in a way to make decision-making based on data and science.

Not by a frantic gut feel.

We often talk about GIS as a system of record. What this means is that it captures all kinds of data. It captures real-time services like weather, traffic, and crew location. It captures information about equipment, like wires and poles. It captures how things are connected. And about where customers are out of power. I think about what operations would have been like if I could have had those data sources represented in one place on a map.

Decision-making is about understanding patterns and trends. GIS does its magic by showing what the data really means. From a simple heat map that shows a big red blob of where trees are overgrown to where customers are most vulnerable to where people have had bad service. It creates ah-ha moments that drive smart decisions. The City of Lakeland is a prime example of using GIS to prepare and respond to hurricanes. Click here to read their story. They used GIS to create damage assessment dashboards, organizing information to present information in actionable ways.

We refer to GIS as a system of insight. Thinking back to the days of trying to fathom the right course of action, I had to do what in effect was spatial analysis in my head on the fly. That’s what GIS does routinely. With enough data captured, it can perform the simplest analysis by just displaying trends to complex functions using machine learning. I could never have drawn the kinds of conclusions GIS delivers.

Once we make those decisions, we can’t keep them to ourselves. We must communicate them.

I was fortunate to have outstanding, dedicated crews. During storms, the workers were true heroes. That was the good news. The bad news was that they were very competitive. Each division hoarded its crews. They would hide their great progress from management (me) to prevent me from redeploying crews to other divisions that were hit harder. So, their reporting of progress was spotty. If only I had GIS dashboards that gave me immediate situational awareness of what was going on in each division. Then I could communicate progress – to senior management, the operating divisions, the hounding media, customers, and our call center staff. Sharing of information is so critical during times of great stress – like power failures. Check out this video from Coserv Electric. They use GIS to communicate broadly to their stakeholders. Communication to their stakeholders rapidly is part of their culture.

We think of enhanced communication from GIS as a system of engagement. Pushing data and insight in real-time to anyone who needs it or wants it.

That’s what a modern GIS does. Why? To create great maps. Nope. To use location technology to make better decisions that make the utility just simply run better: lowering costs, acting quicker, making things safer, and being a good steward in the community. Yeah, GIS is not just about making great maps – it’s about discovery, then decisive action.

For more information on how GIS is about discovery, visit our webpage

Author of four books: GIS for Enhanced Electric Utility Performance, Modeling Electric Distribution with GIS, Empowering Electric and Gas Utilities with GIS and Power System Analysis by Digital Computer, he is a sought-after speaker and thought leader. His blogs have been widely read. He has lectured extensively and taught courses at Northeastern University and the University of Massachusetts. Bill holds a B.S. in Electrical Engineering from Northeastern University and an M.S. in Electric Power Engineering from Rensselaer Polytechnic Institute. Prior to joining Esri, Bill was the vice president of electric operations for a major electric and gas utility. Bill is a registered engineer in the Commonwealth of Massachusetts. He currently is the Director of Electric Utility Solutions at Esri, the world's largest GIS company. 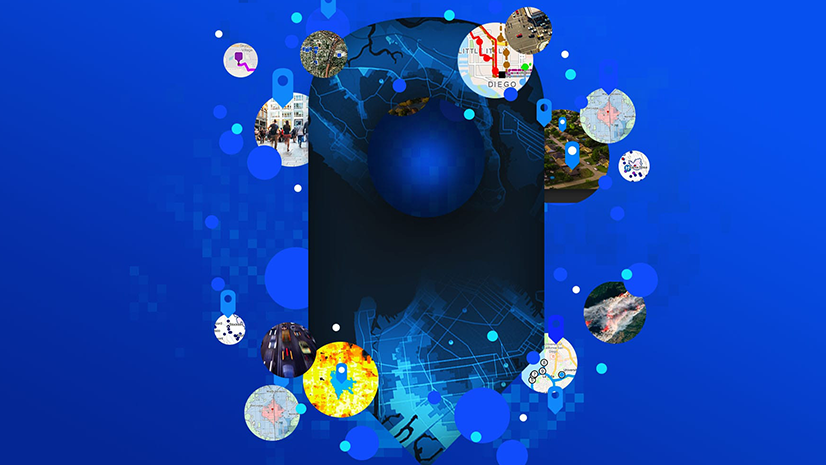 The Slow and Steady Rise of Location Services

What do Foursquare, Credit Card fraud protection, Pokémon Go, and COVID-19 response all have in common? Location based services.