Unreal Engine has become a popular tool for architectural visualizations or to create interactive experiences, but a problem users typically face when exporting scenes from ArcGIS CityEngine to Unreal is the lack of high-quality materials and meshes. Luckily, Unreal Engine provides several asset libraries such as Quixel or Twinmotion Assets for Unreal Engine which are free to use within the Unreal ecosystem.

In this blog post, we’ll guide you through a simple workflow to replace assets in Unreal Engine after importing an ArcGIS CityEngine Datasmith scene. The replacement workflows are controlled by Unreal Engine’s Data Assets (which can be thought of as simple tabular data). These Data Assets can be shared between projects once set up correctly.

To help demonstrate the workflow, we’ve created a template project with additional tools to assist the replacements which will be explained in detail in this blog post, so you can follow along.

We also provide a ready-to-use ArcGIS CityEngine and Unreal Engine sample project that makes heavy use of these replacements. To open the Unreal project, make sure the Twinmotion Content for Unreal Engine Plugin is installed.

In this section, we’ll explain how replacements can be defined in Unreal Engine and how they can be executed in your scene using the provided template project.

First, the scene is exported from ArcGIS CityEngine using the Datasmith exporter. In Unreal, we can either use the Dataprep import workflow, or apply the replacements inside the Level viewport after importing the Datasmith scene.

Typically, this workflow is iterative, meaning we can execute the replacements multiple times until the desired result is achieved.

To export our scene from ArcGIS CityEngine, we use the Datasmith exporter. Depending on the use-case, there are several options to consider.

Hint: To make it easier to configure replacements in Unreal, it is recommended to name CGA materials appropriately using the material.name property (for example, by calling set (material.name, “Brick”)). We can reference these names later in Unreal to replace materials.

In Unreal, we can define the replacements and execute them on a Datasmith scene. First, we need to make sure our project contains the necessary tools. We can either use the CityEngine Replacement Template Project for Unreal if we want to start with a new project. Or alternatively for advanced use-cases we can add the CityEngine Replacement Plugin for Unreal to an existing project by copying it to the Plugins folder of the project (see also Plugins in Unreal Engine).

Before defining the replacements, these Assets need to be created in the Content Browser, by right clicking and then selecting Miscellaneous → Data Asset and then choosing either MeshReplacement or MaterialReplacement.

Now the replacements can be added and setup with data. There are two ways of setting up the necessary data: either by manual entry in the Data Asset editor, or by adding them in the scene view context menu after importing a Datasmith scene.

To add replacement data manually, click the plus sign next to Replacements which will add a new entry to the Data Asset.

The MaterialReplacement Data Asset can replace materials by either matching their name (Material Name Matcher) or looking for a certain texture by name (Texture Name Matcher) used by a material.

Note that all matching options are case sensitive.

Advanced use-cases: it is possible to add custom Material or StaticMesh matchers by creating Blueprints that extend from the base StaticMeshMatcher or MaterialMatcher classes.

We can also add replacements by right clicking on an Actor in the viewport and either choosing Replace Material or Replace Mesh in the context menu (this is only possible in the Level Editor viewport and not in the Dataprep preview viewport).

The template project provides two ways of executing replacements: either by using the Visual Dataprep Editor or by executing them in the level viewport after a Datasmith import. Both workflows have advantages and will be explained in the following sections.

Visual Dataprep allows us to automate actions during Datasmith imports. The template project adds two new types of actions, which are used to replace assets and materials. The Replace Meshes and Replace Materials Actions both take their respective Data Asset (as described above).

The Visual Dataprep workflow is especially useful if other Dataprep operations are combined into one workflow.

Then we can add the Datasmith export from ArcGIS CityEngine as an Input to the Dataprep Editor. Press the plus sign in the upper right corner, choose your Datasmith file, and press Import.

After that, we can add the Actions that we want to apply to our imported scene. Usually, we add one Action for each replacement Data Table we have defined in our project.

Then we can Execute the Dataprep pipeline. This step can be repeated as many times as necessary to achieve the desired replacement.

Finally, we Commit the pipeline, which will add the scene to our level.

Note: the Dataprep Editor does not handle hierarchical instances properly, so if you are importing large scenes with many instances, it is recommended to use the normal Datasmith import workflow explained in the next section.

The Datasmith import workflow works in a similar way. First, we import our Datasmith scene into the current level by clicking on Datasmith → File Import. Unlike the Visual Dataprep workflow explained before, the normal Datasmith import and executing replacements in the Level viewport is also able to handle Hierarachical instances correctly, which makes it preferred for large scenes.

After importing the Datasmith scene, right click on the DatasmithSceneActor in the Outliner, which will open the context menu with new entries in the CityEngine section.

Execute Replacements: This will open the dialog to execute mesh and material replacements. The replacement Data Assets can be added to their respective lists, and we can also restore the Datasmith Scene before executing the replacements.

We can now press Execute Replacements which will open a dialog, where we can configure which replacements we want to execute by adding them to their respective list. Restore Datasmith Scene Before Execution should also be set to true to apply the replacements on the original scene

The following video demonstrates the whole workflow in the Boston Example Unreal Project.

Now that everything is configured, you can iterate as many times as you’d like until your scene is perfected!

We hope this tutorial helps to improve your ArcGIS CityEngine and Unreal Engine workflows! If you’re interested in more resources for learning how these two products integrate, check out this short introduction to Vitruvio, ArcGIS CityEngine’s Unreal plugin:

If you’re new to ArcGIS CityEngine, try a 21-day free trial and explore other learning resources to get started!

Benjamin Neukom holds a Master's degree in Computer Science from FHNW. He works as a Software Engineer in the XR and CityEngine team at the Esri R&D Center Zurich with an interest in extended reality, procedural content generation and game engines.

Avonlea Fotheringham is an Esri Product Marketing Manager for ArcGIS CityEngine. She joined Esri as a Social Media Manager for the ArcGIS Apps suite, using her passion for language and design to evangelize GIS to the world. She is based in Ottawa, Ontario and uses her free time to organize an annual international poetry festival. 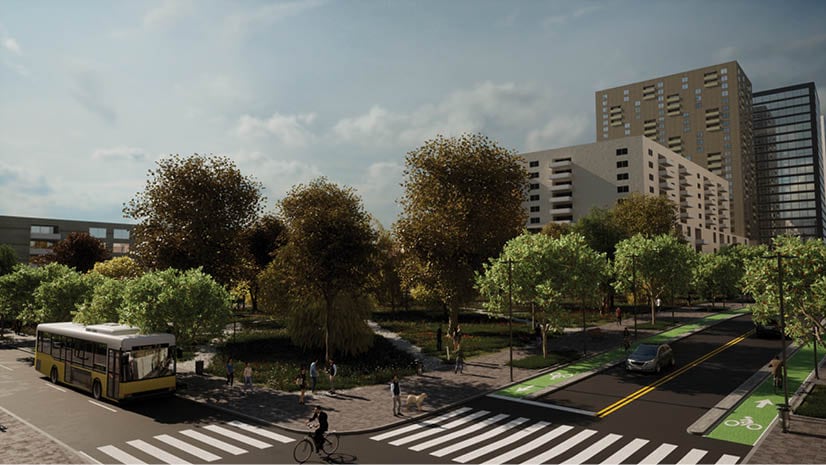 Get the highlights from the latest release of ArcGIS CityEngine, available October 20, 2022. 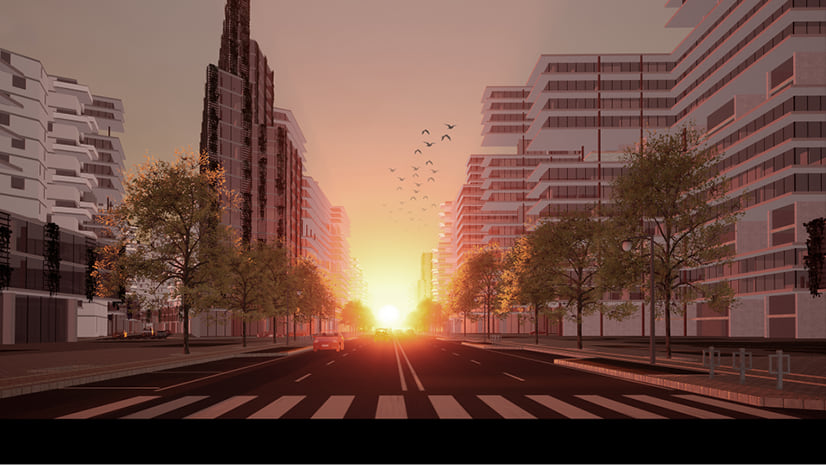